When the times they were a-changin', Bob Dylan became one of the counterculture's most revered heroes. He's won countless awards, including a Pulitzer Prize, Grammys® a Golden Globe® and an Oscar®. This beautifully slipcased Treasures volume tells his story as never before, following Dylan from Minnesota to New York's Greenwich Village to worldwide fame; stunning photos and unique removable facsimile memorabilia make this an essential history for all music fans. 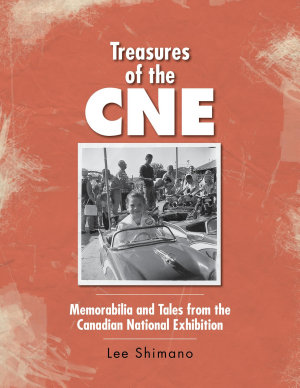 
One of the leading collectors of memorabilia from the Canadian National Exhibition tells the stories of “The Ex”. Celebrating a joyful feature of our country’s heritage, the full-colour photos of the author’s extensive collection of cherished memorabilia from the CNE bring to life a bygone era. Anecdotes from fellow fans of Canada’s great fair evoke a simpler time when CNE treats cost just pennies, when admission to the fair was a quarter and when the country fell in love with Marilyn Bell as she completed her historic swim across Lake Ontario to Toronto’s shores, and into our hearts. Treasures of the CNE will give readers a chance to reminisce and enjoy tales of the fair’s music, sports, events and amusements from days gone by. 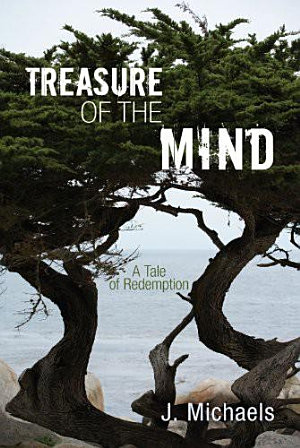 
In the late summer months of 2000, on a cool dark night in the foothills of Boulder, Colorado, a seventeen year old boy was murdered by a young man he once considered his best friend. The calamity nearly crippled the boy's parents, especially the father who struggled mightily with grief, anger, and guilt. With the help of a very special elderly sage, the father of the boy struggled to survive the tragedy and recover from the heartbreaking ordeal. The story begins with the funeral of Michael's son, reveals the pain of a grief-stricken father on the verge of self-destruction, and ends with his redemption and return to a meaningful life. Michael is referred by a close friend to an elderly gentleman named Solomon. Solomon is a wise, irreverent, white-haired seer living in the small coastal village of Carlsbad, California where he teaches his own very special brand of spiritual therapy for lost souls. His office is a coffee shop and the beach where he and Michael meet and together try to find a way to recover Michael's lost life after his son's death. The relationship that develops between Michael and Solomon reaches a depth rarely found between two men. 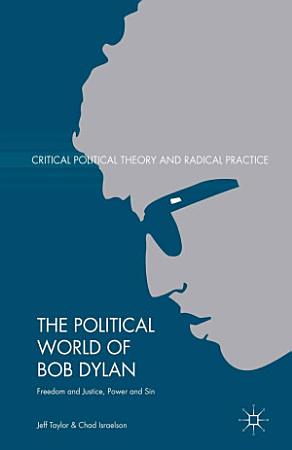 
This work illuminates, identifies, and characterizes the influences and expressions of Bob Dylan's Political World throughout his life and career. An approach nearly as unique as the singer himself, the authors attempt to remove Dylan from the typical Left/Right paradigm and place him into a broader and deeper context. 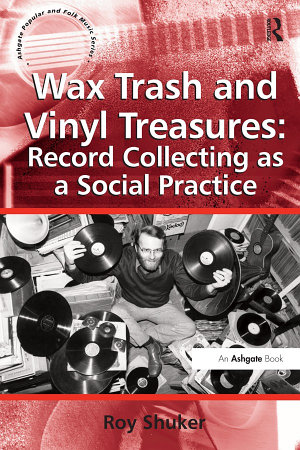 
The term 'record collecting' is shorthand for a variety of related practices. Foremost is the collection of sound recordings in various formats - although often with a marked preference for vinyl - by individuals, and it is this dimension of record collecting that is the focus of this book. Record collecting, and the public stereotypes associated with it, is frequently linked primarily with rock and pop music. Roy Shuker focuses on these broad styles, but also includes other genres and their collectors, notably jazz, blues, exotica and 'ethnic' music. Accordingly, the study examines the history of record collecting; profiles collectors and the collecting process; considers categories - especially music genres - and types of record collecting and outlines and discusses the infrastructure within which collecting operates. Shuker situates this discussion within the broader literature on collecting, along with issues of cultural consumption, social identity and 'the construction of self' in contemporary society. Record collecting is both fascinating in its own right, and provides insights into broader issues of nostalgia, consumption and material culture. 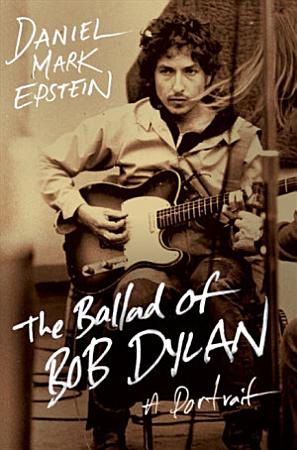 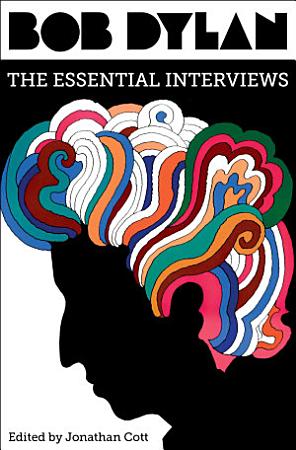 
Bob Dylan: The Essential Interviews features over two dozen of the most significant and revealing conversations with the singer, gathered in one definitive collection that spans his career from street poet to Nobel Laureate. First published in 2006, this acclaimed collection brought together the best interviews and encounters with Bob Dylan to create a multi-faceted, cultural, and journalistic portrait of the artist and his legacy. This edition includes three additional pieces from Rolling Stone that update the volume to the present day. Among the highlights are the seminal Rolling Stone interviews--anthologized here for the first time--by Jann Wenner, Jonathan Cott, Kurt Loder, Mikal Gilmore, Douglas Brinkley, and Jonathan Lethem--as well as Nat Hentoff's legendary 1966 Playboy interview. Surprises include Studs Terkel's radio interview in 1963 on WFMT in Chicago, the interview Dylan gave to screenwriter Jay Cocks when he was a student at Kenyon College in 1964, a 1965 interview with director Nora Ephron, and an interview Sam Shepard turned into a one-act play for Esquire in 1987. 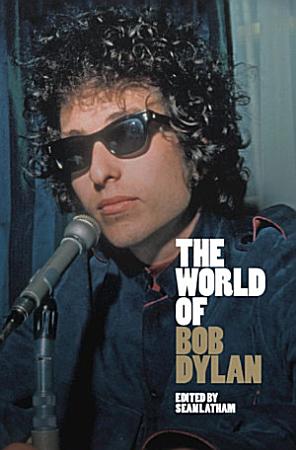 
This book features 27 integrated essays that offer access to the art, life, and legacy of one of the world's most influential artists. 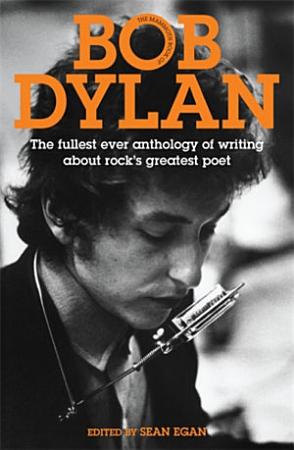 
Bob Dylan's impact on popular music has been incalculable. Having transformed staid folk music into a vehicle for coruscating social commentary, he then swept away the romantic platitudes of rock 'n' roll with his searing intellect. From the zeitgeist-encapsulating protest of 'Blowin' in the Wind' to the streetwise venom of 'Like a Rolling Stone', and from the stunning mid-sixties trilogy of albums - Bringing It All Back Home, Highway 61 Revisited and Blonde on Blonde - to Time Out of Mind, his stunning if world-weary comeback at the age of 56, Dylan's genius has endured, underpinned by the dazzling turn of phrase that has made him the pre-eminent poet of popular music. Because Dylan's achievements have no equal, his career is the most chronicled in rock history. Here, Sean Egan presents a selection of the best writing on Dylan, both praise and criticism. Interviews, essays, features and reviews from Dylan intimates and scholars such as John Bauldie, Michael Gray, Nat Hentoff and Jules Siegel are interspersed with new narrative and reviews of every single album to create a comprehensive picture of the artist whose chimes of freedom still resound. 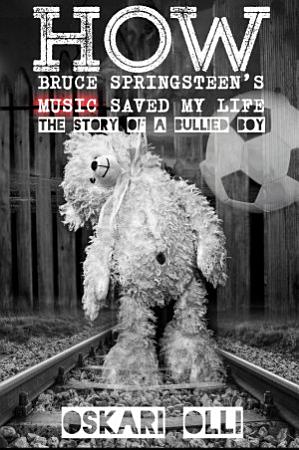 
Book will tell a true story of how I survived from a heavy bullying in high school. It took me over 20 years to build enough courage to share my story. It goes deep in detail how the bullying affects, and how my regular school day was. When the bullying finally ended, I didn't know it was just the beginning... 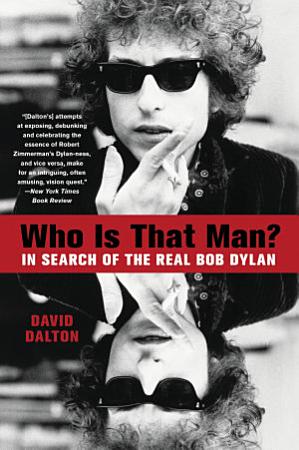 
Now in paperback and with a new foreword, a kaleidoscopic look at the many faces of Bob Dylan, legendary folk singer-songwriter and winner of the 2016 Nobel Prize in Literature. For almost half a century, Bob Dylan has been a primary catalyst in rock's shifting sensibilities. Few American artists are as important, beloved, and endlessly examined, yet he remains something of an enigma. Who, we ask, is the "real" Bob Dylan? Is he Bobby Zimmerman, yearning to escape Hibbing, Minnesota, or the Woody Guthrie wannabe playing Greenwich Village haunts? Folk Messiah, Born-Again Bob, Late-Elvis Dylan, Jack Fate, or Living National Treasure? In Who Is That Man? David Dalton--cultural historian, journalist, screenwriter, and novelist--paints a revealing portrait of the rock icon, ingeniously exposing the three-card monte games he plays with his persona. Guided by Dalton's cutting-edge insights and myth-debunking point of view, Who Is That Man? follows Dylan's imaginative life, integrating actual events with Dylan's words and those of the people who know him most intimately. Drawing upon Dylan's friends and fellow eyewitnesses--including Marianne Faithfull, Allen Ginsberg, Peter Stampfel , Larry "Ratso" Sloman, Eric Andersen, Nat Hentoff, Andrew Oldham, Nat Finkelstein, and others--this book will provide a new perspective on the man, the myth, and the musical era that forged them both. 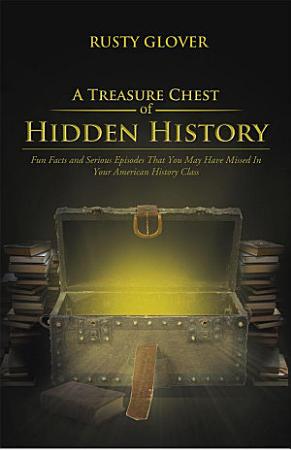 
As a high school history teacher for the past 25 years, I have collected and read hundreds of books pertaining to my subjects taught. On the completion of each book, I would carefully take notes on the most interesting events, quotes, or interpretations that I felt would enhance instruction for my students. After filling numerous notepads of information on over 800 books, I contemplated a project of sharing my most interesting findings. The result of this twenty plus year project is this book. This book is divided into 16 chapters based on the various topics presented. Some chapters contain a small amount of entries such as Nicknames, Espionage, or Labor while chapters on the Presidents or quotes will fill over thirty pages. The first chapter puts emphasis on the role my home state of Alabama has played on the national scene. One chapter is entitled Miscellaneous – Odds and Ends due to the subject matter not fitting into any other classification.