Where light meets the darkness, step into a world where shadows fade into darkness, and a single brilliant ray of light picks out the soul-twisting depths of evil. You'll meet a successful lawyer caught between a burning vendetta and her own half-discarded faith. A seasoned cop who must choose between his integrity and the safety of the woman he loves. A bitter, broken family about to be destroyed -- or perhaps finally healed and restored -- by a brutal murder. Innocent children controlled by a dangerous man -- and a tough reporter who must face her hidden past to save them. Marked by unblinking realism, penetrating insights into the human condition, and superb writing, bestselling author Terri Blackstock's Sun Coast Chronicles ushers you into a world where ordinary people must confront the darkness around and inside them, a world where the power of love illuminates the deepest shadows, a world where skepticism must finally meet the truth of a stronger power. - Jacket. 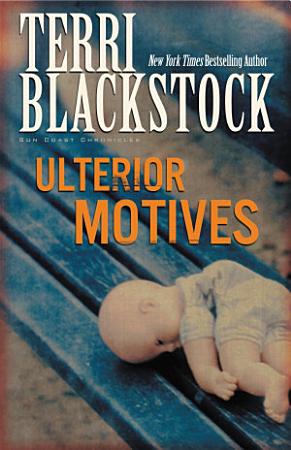 
The police think he killed someone. He swears he’s innocent. All she knows for certain is his crime against her. Louis Dubose, international art dealer, has been murdered. The police are certain they’ve got their man. Recently fired by Dubose, Ben Robinson has a motive backed by a convincing trail of evidence. Except that one person isn’t convinced—someone who knows Ben well. Knows that he’s quite capable of trashing human lives but not of taking them. Now that person is about to gamble her own well-being on his innocence . . . when her personal indictment against him may be almost as bitter as murder. The question is, does Sharon Robinson know Ben as well as she thinks she does? Two small kidnapping victims hold the answer—and time to save their lives is running out. Ulterior Motives is more than just a superbly crafted suspense novel. It’s a wrenching portrayal of the cost of forgiveness, of innocence and faith pitted against monstrous evil, and of skepticism’s journey to the cross of Christ. Ulterior Motives is book three in the Sun Coast Chronicles by award-winning author Terri Blackstock. From absorbing legal drama to lightning-paced action, the Sun Coast 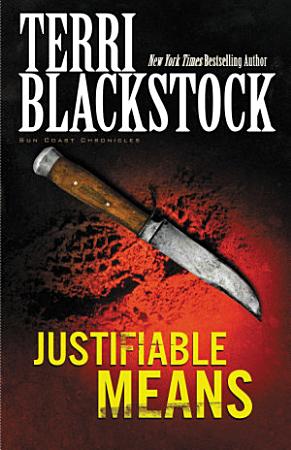 
A violent criminal with a knack for evading justice. A beautiful victim with a secret to hide. Between them stands one good cop, torn between justice and the law. This rape case is an exception: The victim is more than willing to testify. And there’s abundant evidence to put the suspect behind bars. Just one thing bothers Detective Larry Millsaps. Young and beautiful Melissa Nelson seems to know almost too much about the evidence needed to convict her attacker. The unfolding investigation unearths a brutal track record on the part of the suspect . . . and a stunning revelation of Melissa’s own haunting past that could do far worse than destroy her credibility. Caught in a deadly conflict between the ironies of the law and the demands of his Christian convictions, Millsaps finds himself protecting Melissa from a psychopathic stalker’s lethal game of cat-and-mouse . . . even as evidence collects that could send to prison not an inhuman criminal, but the woman Millsaps has come to love. Justifiable Means is the second book in the Sun Coast Chronicles by award-winning author Terri Blackstock. From absorbing legal drama to lightning-paced action, the Sun Coast Chronicles offers suspense at its finest, tempered with remarkable realism and penetrating insights into the human heart. Look for Evidence of Mercy, Presumption of Guilt, and Ulterior Motives at your favorite bookstore. 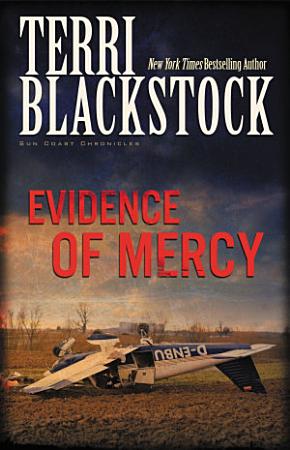 
The plane crash nearly ended Lynda’s life. Was it an accident or sabotage? Lynda Barrett, a young lawyer, hates to sell her plane, but she can no longer afford to keep it. Enter Jake Stevens: wealthy, arrogant, and interested in buying Lynda’s beloved Piper. Together, he and Lynda embark on a test flight that ends in disaster--hurling them into a terrifying sequence of events. One thing becomes clear: Someone is out to get Lynda . . . someone who will not be satisfied until she is dead. This riveting novel takes the reader on a suspense-filled flight into a world where the dark side of human nature meets with a higher power . . . where love finds root in the midst of hatred’s savagery . . . and where terrifying and uncontrollable circumstances become the unlikely catalysts for forgiveness and faith. Evidence of Mercy is book one in the Sun Coast Chronicles by award-winning author Terri Blackstock. From absorbing legal drama to lightning-paced action, the Sun Coast Chronicles offers suspense at its finest, tempered with remarkable realism and penetrating insights into the human heart. Look for Ulterior Motives, Justifiable Means, and Presumption of Guilt at your favorite bookstore. 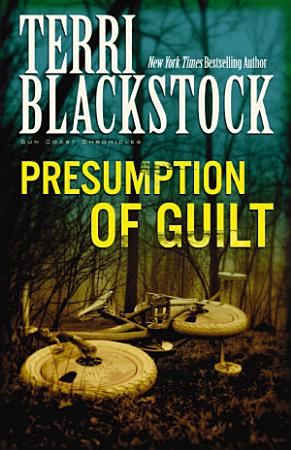 
Just one person can save the children from a terrifying future. But to do so, she must master her past. Beth Wright, a newspaper reporter, is hot on the trail of a story that could expose something very ugly at the St. Clair Children’s Home. Someone else is hot on Beth Wright’s trail—someone who wants to make sure her story never sees the press. Between them stands Nick Hutchins, a social worker who finds his own gut hunches about the children’s home increasingly confirmed, first by Beth’s investigation . . . then by a high-speed attempt on her life . . . and finally, by an intruder’s startling confession. As the drama unfolds, a horrifying picture emerges of helpless children under the sway of a modern-day Fagin. Just one person holds the key that can save them: Beth herself. But using that key could cost Beth her reputation . . . if it doesn’t first cost her life. Presumption of Guilt is a gripping portrayal of the depths of human evil, the soul-twisting influence of lies . . . and of the liberating power of truth and the far-reaching freedom of God’s mercy and grace. Presumption of Guilt is book four in the Sun Coast Chronicles by award-winning author Terri Blackstock. From absorbing legal drama to lightning-paced action, the Sun Coast Chronicles offers suspense at its finest, tempered with remarkable realism and penetrating insights into the human heart. 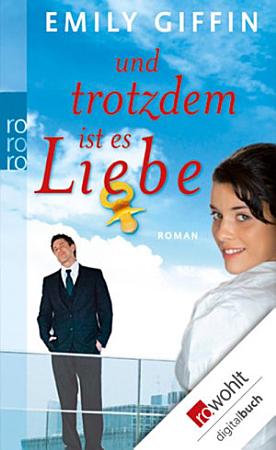 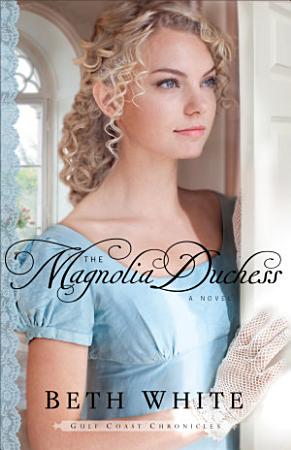 
Fiona Lanier is the only woman in the tiny Gulf Coast settlement of Navy Cove. While her shipbuilding family races to fill the demand for American ships brought by the War of 1812, Fiona tries to rescue her brother who was forced into service by the British Navy. Lieutenant Charlie Kincaid has been undercover for six months, obtaining information vital to the planned British invasion of New Orleans. When a summer storm south of Mobile Bay wrecks his ship and scatters the crew, Charlie suffers a head injury, ultimately collapsing in the arms of a beautiful mermaid who seems eerily familiar. As Charlie's memory returns in agonizing jags and crashes, he and Fiona discover that falling in love may be as inevitable as the tide. But when political loyalties begin to collide, they'll each have to decide where their true heart lies. 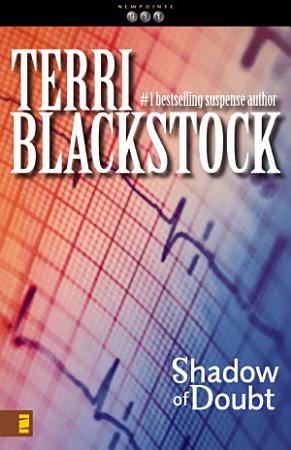 
A poisoned past. A bitter present. Is Celia a murderer … or a victim? Detective Stan Shepherd lies comatose in the hospital, a victim of arsenic poisoning. The Newpointe police have a suspect: Celia Shepherd, Stan’s wife. Celia is no stranger to such charges. When her first husband died of poisoning, a technicality scuttled the case against her and Celia got of scot-free. Now it looks like the same old story—only this time, the motive appears plain. An old flame has moved into town under circumstances bound to raise suspicion. And that’s just for starters. More evidence is gathering that can put Celia away for good. But attorney Jill Clark thinks the pieces of the puzzle fit together a bit too neatly. Either her client’s Christian faith is a sham or she’s the victim of a deadly frame-up—and the real killer is still afoot … Shadow of Doubt is book two in the Newpointe 911 series by award-winning novelist Terri Blackstock. Newpointe 911 offers taut, superbly crafted novels of faith, fear, and close-knit small-town relationships, seasoned with romance and tempered by insights into the nature of relationships, redemption, and the human heart. Look also for Private Justice, Line of Duty, Word of Honor, and Trial by Fire. 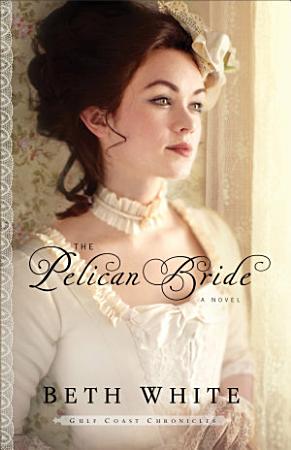 
It is 1704 when Genevieve Gaillain and her sister board a French ship headed for the Louisiana colony as mail-order brides. Both have promised to marry one of the rough-and-tumble Canadian men in this New World in order to escape religious persecution in the Old World. Genevieve knows life won't be easy, but at least here she can establish a home and family without fear of beheading. But when she falls in love with Tristan Lanier, an expatriate cartographer whose courageous stand for fair treatment of native peoples has made him decidedly unpopular in the young colony, Genevieve realizes that even in this land of liberty one is not guaranteed peace. And a secret she harbors could mean the undoing of the colony itself. Gulf Coast native Beth White brings vividly to life the hot, sultry south in this luscious, layered story of the lengths we must go to in order to be true to ourselves, our faith, and our deepest loves. 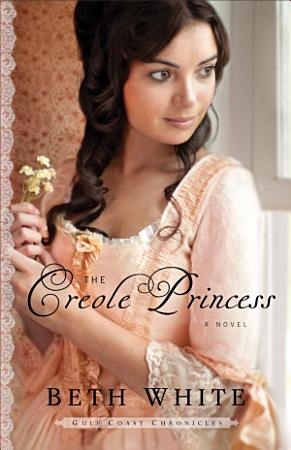 
All along the eastern seaboard, the American struggle for independence rages. In the British-held southern port of Mobile, Alabama, the conflict brewing is quieter--though no less deadly. The lovely Frenchwoman Lyse Lanier is best friends with the daughter of the British commander. Rafael Gonzalez is a charming young Spanish merchant with a secret mission and a shipment of gold to support General Washington. As their paths cross and their destinies become increasingly tangled, Lyse and Rafael must decide where their true loyalties lie--and somehow keep Lyse's family from being executed as traitors to the British Crown. With spectacular detail that brings the Colonial South alive, Beth White invites readers into a world of intrigue and espionage from a little-known side of the American Revolutionary War. Her richly textured settings and characters delight while fast pacing and closely held secrets will keep readers turning the pages.