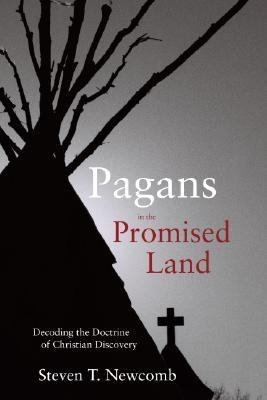 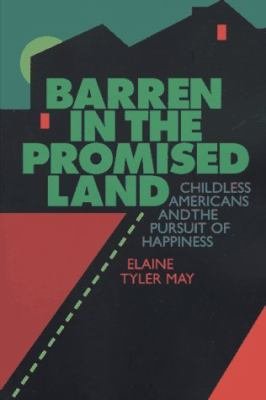 
Chronicling astonishing shifts in public attitudes toward reproduction, May reveals the intersection between public life and the most private part of our lives--sexuality, procreation, and family. 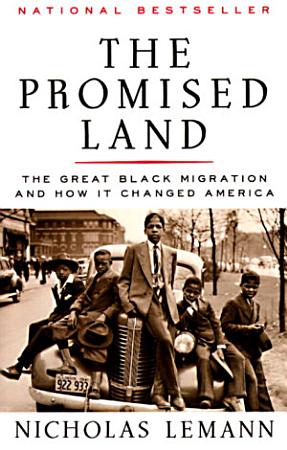 
A New York Times bestseller, the groundbreaking authoritative history of the migration of African-Americans from the rural South to the urban North. A definitive book on American history, The Promised Land is also essential reading for educators and policymakers at both national and local levels. 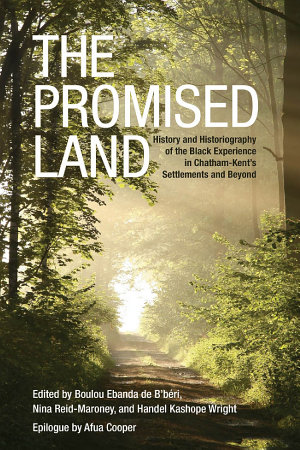 
Eschewing the often romanticized Underground Railroad narrative that portrays southern Ontario as the welcoming destination of Blacks fleeing from slavery, The Promised Land reveals the Chatham-Kent area as a crucial settlement site for an early Black presence in Canada. The contributors present the everyday lives and professional activities of individuals and families in these communities and highlight early cross-border activism to end slavery in the United States and to promote civil rights in the United States and Canada. Essays also reflect on the frequent intermingling of local Black, White, and First Nations people. Using a cultural studies framework for their collective investigations, the authors trace physical and intellectual trajectories of Blackness that have radiated from southern Ontario to other parts of Canada, the United States, the Caribbean, and Africa. The result is a collection that represents the presence and diffusion of Blackness and inventively challenges the grand narrative of history. 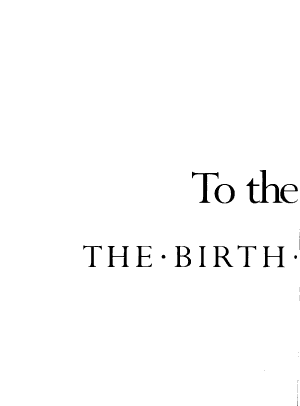 
Revealing photographs and a dramatic text chronicle the events that led up to Israel's statehood and the struggle for survival, and profiles Israel's early leaders 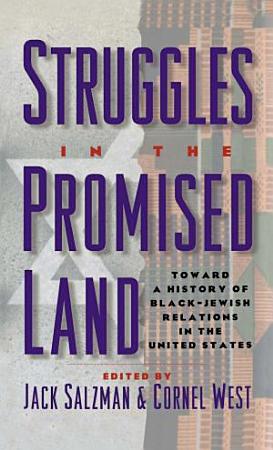 
Recent flashpoints in Black-Jewish relations--Louis Farrakhan's Million Man March, the violence in Crown Heights, Leonard Jeffries' polemical speeches, the O.J. Simpson verdict, and the contentious responses to these events--suggest just how wide the gap has become in the fragile coalition that was formed during the Civil Rights movement of the 1960s. Instead of critical dialogue and respectful exchange, we have witnessed battles that too often consist of vulgar name-calling and self-righteous finger-pointing. Absent from these exchanges are two vitally important and potentially healing elements: Comprehension of the actual history between Blacks and Jews, and level-headed discussion of the many issues that currently divide the two groups. In Struggles in the Promised Land, editors Jack Salzman and Cornel West bring together twenty-one illuminating essays that fill precisely this absence. As Salzman makes clear in his introduction, the purpose of this collection is not to offer quick fixes to the present crisis but to provide a clarifying historical framework from which lasting solutions may emerge. Where historical knowledge is lacking, rhetoric comes rushing in, and Salzman asserts that the true history of Black-Jewish relations remains largely untold. To communicate that history, the essays gathered here move from the common demonization of Blacks and Jews in the Middle Ages; to an accurate assessment of Jewish involvement of the slave trade; to the confluence of Black migration from the South and Jewish immigration from Europe into Northern cities between 1880 and 1935; to the meaningful alliance forged during the Civil Rights movement and the conflicts over Black Power and the struggle in the Middle East that effectively ended that alliance. The essays also provide reasoned discussion of such volatile issues as affirmative action, Zionism, Blacks and Jews in the American Left, educational relations between the two groups, and the real and perceived roles Hollywood has play in the current tensions. The book concludes with personal pieces by Patricia Williams, Letty Cottin Pogrebin, Michael Walzer, and Cornel West, who argues that the need to promote Black-Jewish alliances is, above all, a "moral endeavor that exemplifies ways in which the most hated group in European history and the most hated group in U.S. history can coalesce in the name of precious democratic ideals." At a time when accusations come more readily than careful consideration, Struggles in the Promised Land offers a much-needed voice of reason and historical understanding. Distinguished by the caliber of its contributors, the inclusiveness of its focus, and the thoughtfulness of its writing, Salzman and West's book lays the groundwork for future discussions and will be essential reading for anyone interested in contemporary American culture and race relations. 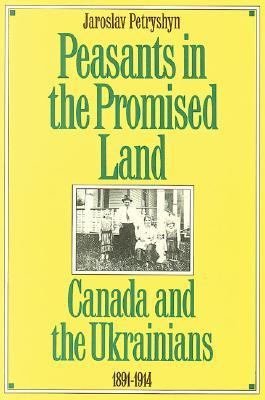 
For many years following Confederation, Canada remained an absurd country: with its vast West still free of agricultural settlers, John A. Macdonald's vision of a great nation bound together by a transcontinental railway and a nationalist economic policy remained an unfulfilled dream. On the other side of the Atlantic, the present-day Ukraine was vastly overpopulated with "redundant" peasants. Their increasingly precarious existence triggered emigration: more than 170 000 of them sailed for Canada. Life in the promised land was hard. Many Canadians seemed to think that the only good immigrants were British; some went so far as to suggest that the Ukrainian newcomers were less than human. But on the harsh and remote prairies, the Ukrainians triumphed over the toil and isolation of homesteading, putting down roots and prospering. Peasants in the Promised Land is the first book to focus on the formative period of Ukrainian settlement in Canada. Drawing on his exhaustive research, including Ukrainian-language archival sources, Jaroslav Petryshyn brings history to life with extracts from memoirs, letters and newspapers of the period. His text is illustrated with maps and historical photographs. 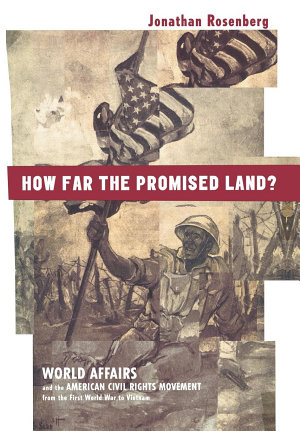 
In examining the link between international developments and the quest for racial justice, Jonathan Rosenberg argues that civil rights leaders were profoundly interested in the world beyond America and incorporated their understanding of overseas matters into their reform program in order to fortify and legitimize the message they presented to their followers, the nation, and the international community."--BOOK JACKET. 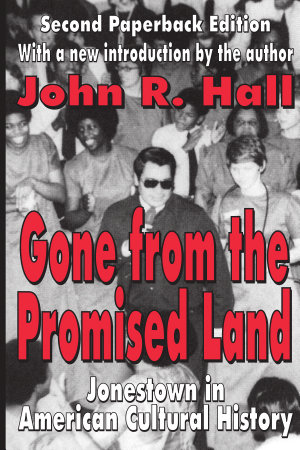 
If we are to learn anything of value from the murders and mass suicide at Jonestown, its history must be salvaged from popular myths, which are little more than super cial atrocity tales. In this superb cultural history, John R. Hall presents a reasoned analysis of the meaning of Jonestown: why it happened and how it is tied to our history as a nation, our ideals, our practices, and the tensions of modern culture. Hall de ates the myths of Jonestown by exploring the social character of Jim Joness Peoples Temple-how much of what transpired was unique to the group and its leader and how much can be explained by reference to wider social processes? 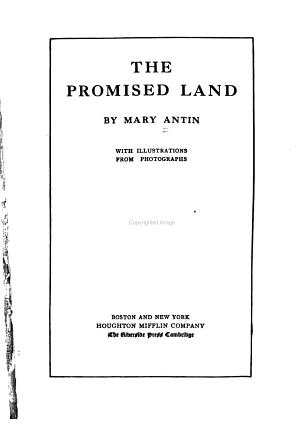 
Antin emigrated from Polotzk (Polotsk), Belarus [Russia], to Boston, Massachusetts, at age 13. She tells of Jewish life in Russia and in the United States. 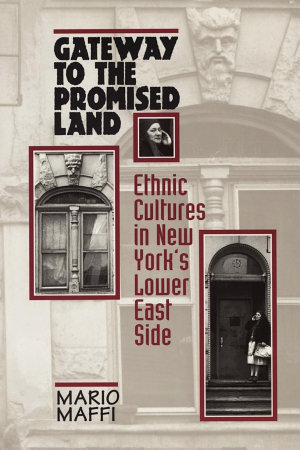 
This essential reference book is must reading for mental health professionals who assess and treat children and adolescents. Comprehensive, detailed, clearly written, and innovative, it presents the approaches of the leading clinicians in their fields. 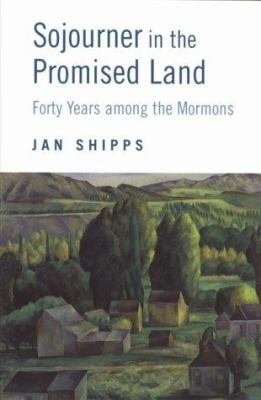 
Sojourner in the Promised Land presents an unusual parallel history in which Shipps surrounds her professional writings about the Latter-day Saints with an ongoing personal description of her encounters with them. By combining a portrait of the dynamic evolution of contemporary Mormonism with absorbing intellectual autobiography, Shipps illuminates the Mormons and at the same time shares with the reader what it has been like to be an intimate outsider in a culture that remains for her both familiar and strange.