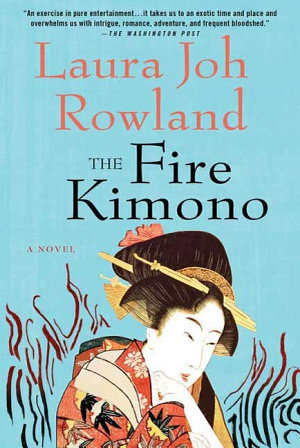 
Japan, March 1700. Near a Shinto shrine in the hills, a windstorm knocks down a tree to uncover a human skeleton, long buried and forgotten. Meanwhile, in the nearby city of Edo, troops ambush and attack Lady Reiko, the wife of Sano Ichiro, the samurai detective who has risen to power and influence in the shogun's court. The troops who attacked Reiko appear to belong to Sano's fiercest enemy, Lord Matsudaira, who denies all responsibility. But if the rivals are not to blame for each other's misfortune, who is? Just as Sano's strife with Matsudaira begins to escalate to the brink of war, the shogun orders Sano to investigate the origins of the mysterious skeleton, buried with swords that identify it as belonging to the shogun's cousin, who disappeared forty years earlier on the night that a cursed kimono touched off a fire that nearly destroyed the city. Suddenly, Sano and Reiko are forced to confront dangerous, long-buried secrets that expose Sano's own mother as the possible culprit. The shogun gives Sano and Reiko just three days to clear her name—or risk losing not only their position at court but their families' lives. The Fire Kimono is another dazzling historical mystery from Laura Joh Rowland. 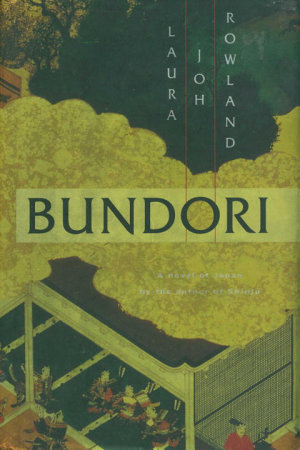 
The sequel to the acclaimed novel Shinju again features detective Sano Ichiro as he trails a serial killer stalking feudal Japan. In 1689, an all-powerful shogun controls the state, surrounded by bitter machinations and political intrigues. When an ancient tradition suddenly and brutally reappears, Sano risks everything to bring the killer to justice. “Bundori is terrific. . . . So good you won’t want to put it down, even to get off a plane. . . . [Laura Joh] Rowland hits her stride as a writer who can deal equally well with the pacing of plot and the nuances of character development. . . . Rowland clearly knows how to build suspense and action, a talent that she demonstrates with great skill.”—New Orleans Times-Picayune “Bundori is one of those mysteries in which the itch to find out whodunit recedes before the pleasure of prowling through a different world.”—Washington Post Book World “Sano may carry a sword and wear a kimono, but you’ll immediately recognize him as an ancestor of Philip Marlowe or Sam Spade.”—Denver Post “A colorful pictorial style that conveys . . . excitement and . . . danger.”—The New York Times Book Review 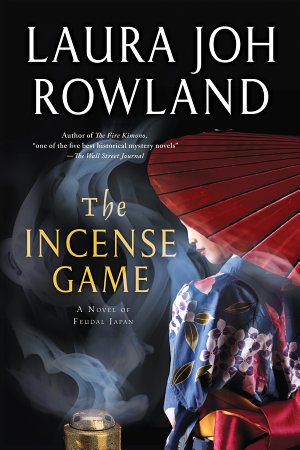 
Winner of RT Magazine's Reviewers' Choice Award for Best Historical Mystery In the wake of a terrifying earthquake, Sano Ichiro races to solve a crime that could bring down the shogun's regime When a massive earthquake devastates Japan in 1703, even the shogun's carefully regulated court is left teetering on the brink of chaos. This is no time for a murder investigation—except when a nobleman's daughters are found dead from incense poisoning and their father threatens to topple the regime unless Sano Ichiro tracks down the killer. As Sano and his wife strive to solve the case in a world that is crumbling around them, Laura Joh Rowland—author of one of the "five best historical mystery novels" (The Wall Street Journal)—brings us her most powerful and evocative thriller set in Feudal Japan yet, The Incense Game. 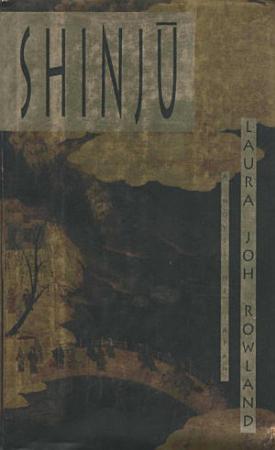 
When beautiful, wealthy Yukiko and low-born artist Noriyoshi are found drowned together in a shinju, or ritual double suicide, everyone believes the culprit was forbidden love. Everyone but newly appointed yoriki Sano Ichiro. Despite the official verdict and warnings from his superiors, the shogun's Most Honorable Investigator of Events, Situations, and People suspects the deaths weren't just a tragedy -- they were murder. Risking his family's good name and his own life, Sano will search for a killer across every level of society -- determined to find answers to a mystery no one wants solved. No one but Sano... As subtle and beautiful as the culture it evokes, Shinju vividly re-creates a world of ornate tearooms and guady pleasure-palaces, cloistered mountaintop convents and dealthy prisons. Part love story, part myster, Shinju is a tour that will dazzle and entertain all who enter its world. BONUS: This edition includes an excerpt from Laura Joh Rowland's The Shogun's Daughter. 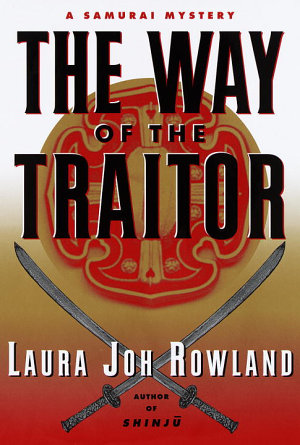 
In a novel with echoes of Noble House, The Alchemist, and Gorky Park, Japan's preeminent detective-Samurai, Sano Ichiro, returns to risk his honor and life. In 1690 Nagasaki, Sano must crack his most sensitive case yet as he sets about to discover who killed a Dutch trader whose body has washed up on the shore of a small island famed for its "barbarians." 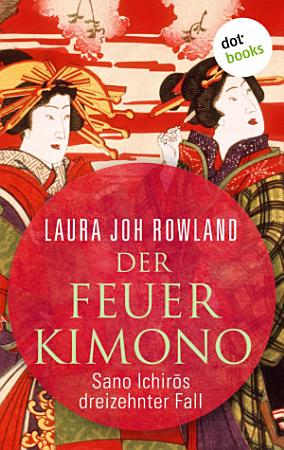 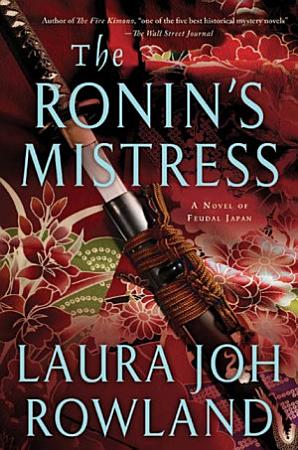 
The Ronin's Mistress is a brilliant new twist on the fabled tale of the 47 Ronin, from Laura Joh Rowland--an author with "a painter's eye for the minutiae of court life [and] a politician's ear for intrigue." --The New York Times Book Review Japan, 1703. On a snowy night, 47 warriors murder the man at the center of the scandal that turned them from samurai into masterless ronin two years before. Clearly this was an act of revenge--but why did they wait so long? And is there any reason they should not immediately be ordered to commit ritual suicide? Sano Ichiro, demoted from Chamberlain to his old post as Most Honorable Investigator of Events, Situations, and People, has mere days to solve the greatest mystery of samurai legend--while his own fortunes hang in the balance. 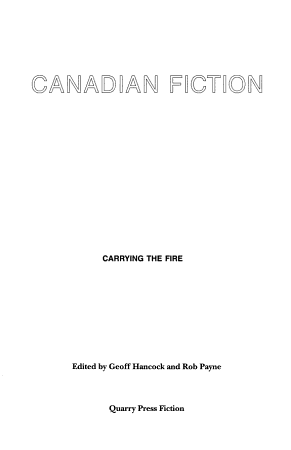 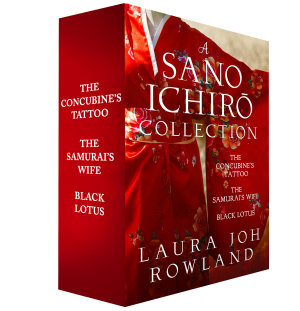 
Laura Joh Rowland's acclaimed Sano Ichiro novels, set in seventeenth-century Japan, are riveting, richly imagined, and suspenseful. As Sano navigates a treacherous political landscape he works to protect the people of Edo, his family, and his honor in these compelling thrillers. The Concubine's Tattoo Sano Ichiro, the Shogun's most honorable investigator, is summoned to the imperial palace to find the murderer of a young concubine poisoned while applying a lover's tattoo. Sano's new bride, Reiko, insists on helping him with the case. Reiko's samurai blood and warrior's skill alarm her new husband, who expected a docile wife. But Reiko is only the first of many surprises... The Samurai's Wife Sano Ichiro, the Shogun's Most Honorable Investigator of Events, Situations, and People, has his doubts about the partnership that he and his spirited new wife, Reiko, have forged: While he recognizes that her help on his cases can be invaluable, he sometimes longs for a more traditional wife. Still, when a botched case and the resulting loss of face sends Sano to the Imperial city to find a killer whose methods are as terrifying as they are elusive, Sano needs the talents of his wife more than ever to infiltrate the emperor's inner circle. Black Lotus When Sano Ichiro is called on to investigate the burning of a cottage belonging to the Black Lotus Temple, he makes a shocking discovery. The three victims of the blaze were murdered before the fire even began. Sano's search for a killer leads him to Haru, an orphan girl found at the scene of the crime. But Sano's wife, Reiko, investigating the case against Sano's wishes, is convinced of Haru's innocence. Behind the walls of the Black Lotus Temple she discovers a sect involved in extortion, prostitution, and hedonistic rituals. Could one of the sect's members be the killer? Now Reiko must risk her marriage to Sano in order to prove Haru's innocence... 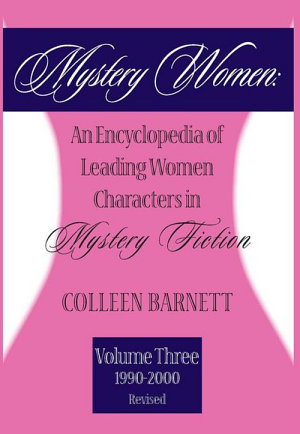 
Like other fictional characters, female sleuths may live in the past or the future. They may represent current times with some level of reality or shape their settings to suit an agenda. There are audiences for both realism and escapism in the mystery novel. It is interesting, however, to compare the fictional world of the mystery sleuth with the world in which readers live. Of course, mystery readers do not share one simplistic world. They live in urban, suburban, and rural areas, as do the female heroines in the books they read. They may choose a book because it has a familiar background or because it takes them to places they long to visit. Readers may be rich or poor; young or old; conservative or liberal. So are the heroines. What incredible choices there are today in mystery series! This three-volume encyclopedia of women characters in the mystery novel is like a gigantic menu. Like a menu, the descriptions of the items that are provided are subjective. Volume 3 of Mystery Women as currently updated adds an additional 42 sleuths to the 500 plus who were covered in the initial Volume 3. These are more recently discovered sleuths who were introduced during the period from January 1, 1990 to December 31, 1999. This more than doubles the number of sleuths introduced in the 1980s (298 of whom were covered in Volume 2) and easily exceeded the 347 series (and some outstanding individuals) described in Volume 1, which covered a 130-year period from 1860-1979. It also includes updates on those individuals covered in the first edition; changes in status, short reviews of books published since the first edition through December 31, 2008. 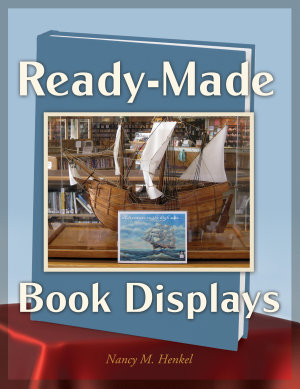 
Providing more than 50 fiction display descriptions, this book identifies themes for the entire year and includes titles for signage, annotated book lists, prop and material ideas, as well as photographs that show how to pull it all together. * 55 theme-based listing of displays * Original materials and documents include a "Which Shakespeare Play?" quiz and a handy Book Display Log for tracking displays * Photographs of each display accompany the descriptions * An index of authors and titles notes which provide listed entries and which are fully annotated * "Display Months" appendix connects displays with time of year, holidays, events, and celebrations 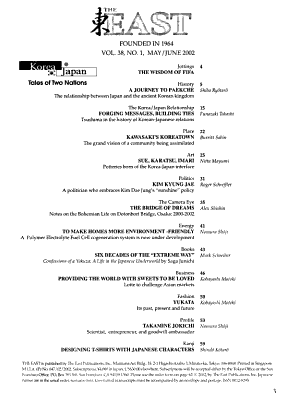