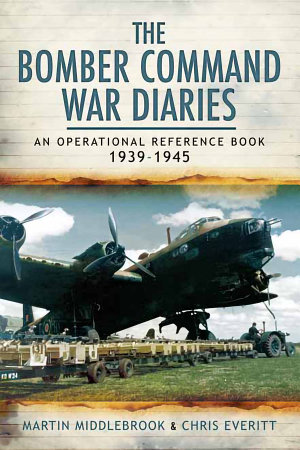 
Bomber Command's campaign started on the very first day of the Second World War and ended within a few hours of the final victory in Europe five and a half years later. It was an attempt to win the war in Europe by strategic bombing on such an enormous scale that historians have only recently begun to piece together the finer details of the individual raids.There have been many books about Bomber Command, but Martin Middlebrook, the aviation historian, and his research colleague, Chris Everitt, were the first to compile a complete review of all the raids and the background stories to this fascinating campaign. They undertook the gargantuan task not only of documenting every Bomber Command operation but also of obtaining information from local archives in Germany, Italy and the occupied countries, on the effects of the raids. Little of this material had been published previously, and never before had the two sides of Bomber Command's war been brought together in this way.The Bomber Command War Diaries has become the standard basic work of reference on this extraordinary campaign. This edition includes retrospective observations and a new appendix. 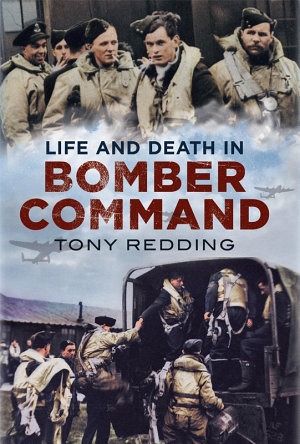 
Life and Death in Bomber Command is an intimate account of the human cost of the bombing offensive against Nazi Germany and targets in occupied Europe. The story of Lancaster rear gunner W/O Sidney Knott, DFC, unfolds within a detailed assessment of the bomber war by author Tony Redding. Sidney Knott survived sixty-four operations. The first tour, beginning in January 1943, included many 'Battle of the Ruhr' targets. His aircraft attacked Duisburg five times and Essen on three occasions. They also participated in three raids on Berlin. In April 1944, Knott began a second tour as a Pathfinder. Another thirty-five operations included attacks on German cities, but the focus was the assault on V1 and V2 sites and French rail targets prior to D-Day and the Normandy landings. This unique combination of dramatic narrative and strategic overview includes controversial views about post-war perspectives on the morality of area bombing and its contribution to victory in Europe. It is a moving account of squadron life and describes how every individual lived with unspoken fears. The story is complete as it also portrays how former aircrew struggled to set aside traumatic wartime experiences and adjust to life on 'civvy street'. 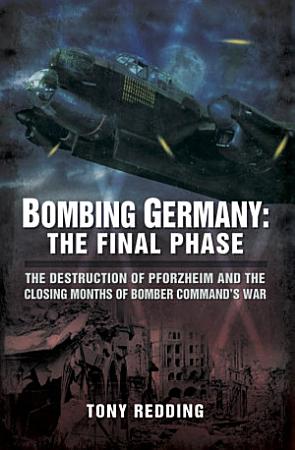 
During 1942 and 1943 the striking power of RAF Bomber Command was transformed by the arrival of heavy bombers, advanced navigation and blind bombing systems, and new tactics to concentrate the bombers over the target and swamp the German defences. By October 1944 most of Germany's cities were in ruins, yet the bombing continued to intensify, reaching unprecedented levels in the final seven months of the air campaign. The value of further area raids was questioned during the opening months of 1945, yet the Allies destroyed the remaining cities in a bid to hasten the end of the war. The handful of German cities still largely unscathed in early February 1945 included Dresden, which was obliterated on 13 February. Ten days later, the South German city of Pforzheim was destined to suffer the same fate.??This book commemorates the efforts of the aircrew members who risked their lives, consolidating a host of intriguing first-hand accounts. It also considers Pforzheim as a representative community under National Socialist rule. The city's survivors remember the horror of the raid and its aftermath, including eventual occupation by French Colonial troops and, subsequently, American forces. Tony does an admirable job of presenting historical context when considering actions in times of extreme trauma and his narrative offers an intriguing, engaging and poignant evocation of the closing months of Bomber Command's war. 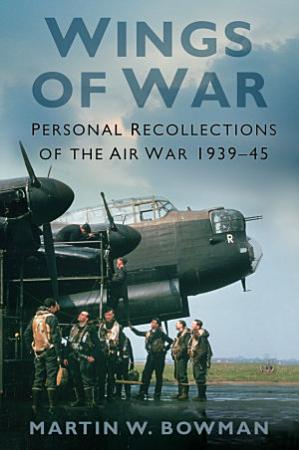 
Of the 7,953 Bomber Command aircraft lost on night operations during the Second World War, an estimated 5,833 fell victim to Luftwaffe night fighters. In this detailed re-enactment of the air war over Western Europe and the raids flown by the men of RAF Bomber Command, author Martin Bowman pieces together official data with the words and memories of the pilots and air crew who took part. Detailing many unique experiences during the night bombing raids that were hurled against Hitler’s war machine, these truly epic stories span the period between November 1939 and 1945 and form an appropriate epitaph to the men of RAF Bomber Command. 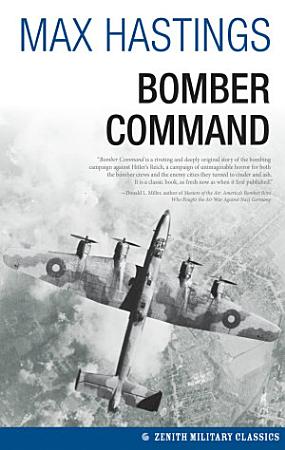 
DIVBomber Command is Sir Max Hastings’ classic account of one of the most controversial struggles of World War II: the British air offensive against the cities of Nazi Germany. /div 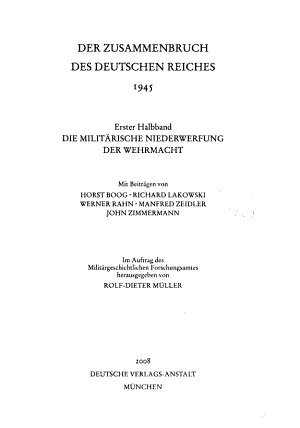 
Night after night for six years of war, RAF Bomber Command's squadrons pounded away at the cities of Nazi Germany in a determined effort to bring the Third Reich to its knees. Pitted against Bomber Harris's aircrews and aircraft were some of the most effective and deadly defenses the world had seen up until then. For Bomber Command to launch a 'maximum effort' raid on the Ruhr by night, or a low-level strike on a target in enemy occupied Europe by day, it involved a huge amount of planning. Who decided what to bomb? Why, when and where were bomber airfields built? How was the overall command structure organized, from the Air Council down to individual squadron level? Who were the commanders and who were the men that made up the rank and file of the Command? How did the RAF train its bomber crews? What aircraft did they fly and what weapons did they use? How was a raid planned and once it was launched what happened? How was the effectiveness of a raid and bomber tactics analyzed afterwards? How did the RAF go about tracing the 'missing' (47,000 men 'failed to return' from operations)? How were damaged bombers repaired and made good again for operations? Useful appendices include a Bomber Command War Diary listing key events 1939-1945, squadrons and their commanders, an a-to-z of bomber airfields, and sample orders of battle from 1939, 1943 and 1945. Fully illustrated with some 300 photographs, the Bomber Command Operations Manual gives a compelling insight into the workings of one of the most powerful instruments of 20th century warfare. 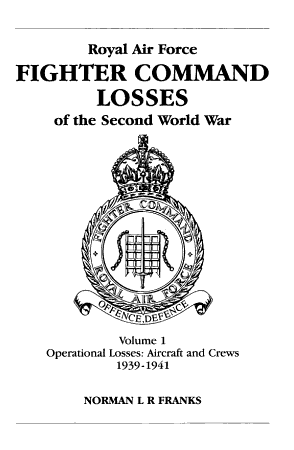 
The first in a series of volumes which provide an account of the sacrifices made by RAF Fighter Command during the early years of the Second World War. 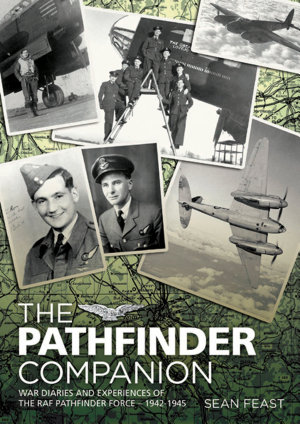 
Veterans of the RAF’s legendary Pathfinder Force share their personal accounts of WWII in this authoritative history by the author of Master Bombers. During the Second World War, the Pathfinder Force was the corps d’élite of Bomber Command. Literally leading the charge in the Royal Air Force’s bombing raids over Nazi occupied territory, the aircrews of the PFF required top notch skills and nerves of steel. In Pathfinder Companion, aviation historian Sean Feast tells the remarkable stories of these brave men, drawing on extensive interviews with veterans as well as official records and archival documents. Pathfinder Companion highlights the raids and the losses, the successes and failures, the terror and the turmoil these men endured, as well as the inevitable humor in the face of tremendous adversity. Profusely illustrated throughout with photos and memorabilia, the book shows how a poorly equipped, disparate group was forged into one of the most effective fighting forces ever created. 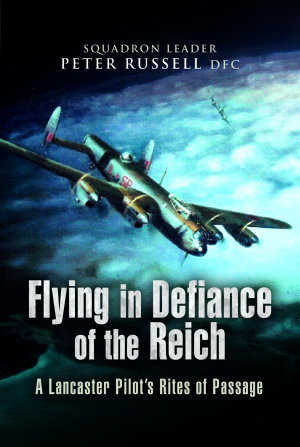 
This is the vivid memoir of a man who was twenty-one at the outbreak of World War II. Having joined the RAFVR before the war, he was mobilized in August 1939 and after training became operational on 233 Squadron Coastal Command flying Hudsons from Leuchars, Aldergrove and St Eval. After fourteen months he was rested and was tasked with training navigators for the impending enlargement of Bomber Command.In 1944 he joined 625 Squadron flying Lancasters over German targets and eventually took command of B Flight and was promoted Squadron Leader. His memories of the many raids, his crew and operational flying during this period until the end of the war are truly gripping. After the German capitulation, Peter joined Shield Force bound for the Far-east and the night bombing of Japan. However before they could become operational the atom bomb put an end to the war in that theater. His unit was redirected to relieve Hong Kong and the final chapters give a unique insight into how the Japanese garrison was replaced by British law and order. This was a purely land operation carried out by the RAF without the presence of the Army.