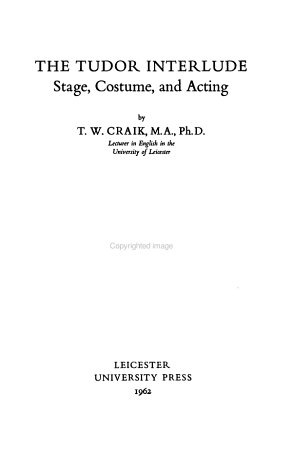 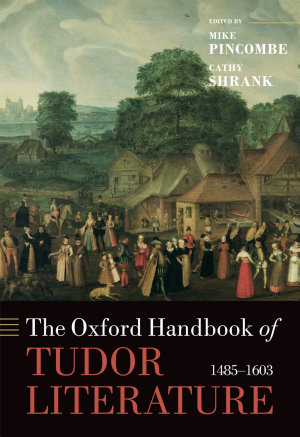 
This is the first major collection of essays to look at the literature of the entire Tudor period, from the reign of Henry VII to death of Elizabeth I. It pays particularly attention to the years before 1580. Those decades saw, amongst other things, the establishment of print culture and growth of a reading public; the various phases of the English Reformation and process of political centralization that enabled and accompanied them; the increasing emulation of Continental and classical literatures under the influence of humanism; the self-conscious emergence of English as a literary language and determined creation of a native literary canon; the beginnings of English empire and the consolidation of a sense of nationhood. However, study of Tudor literature prior to 1580 is not only of worth as a context, or foundation, for an Elizabethan 'golden age'. As this much-needed volume will show, it is also of artistic, intellectual, and cultural merit in its own right. Written by experts from Europe, North America, and the United Kingdom, the forty-five chapters in The Oxford Handbook to Tudor Literature recover some of the distinctive voices of sixteenth-century writing, its energy, variety, and inventiveness. As well as essays on well-known writers, such as Philip Sidney or Thomas Wyatt, the volume contains the first extensive treatment in print of some of the Tudor era's most original voices. 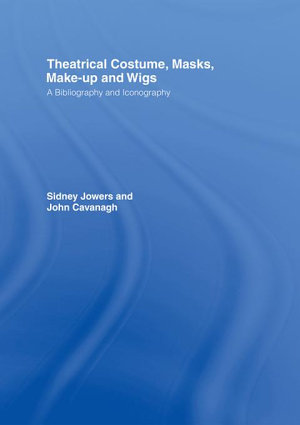 
First Published in 2000. Routledge is an imprint of Taylor & Francis, an informa company. 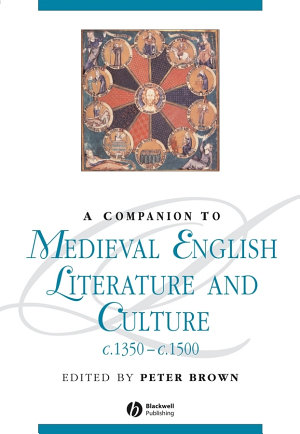 
A Companion to Medieval English Literature and Culture,c.1350-c.1500 challenges readers to think beyond a narrowlydefined canon and conventional disciplinary boundaries. A ground-breaking collection of newly-commissioned essays onmedieval literature and culture. Encourages students to think beyond a narrowly defined canonand conventional disciplinary boundaries. Reflects the erosion of the traditional, rigid boundary betweenmedieval and early modern literature. Stresses the importance of constructing contexts for readingliterature. Explores the extent to which medieval literature is in dialoguewith other cultural products, including the literature of othercountries, manuscripts and religion. Includes close readings of frequently-studied texts, includingtexts by Chaucer, Langland, the Gawain poet, and Hoccleve. Confronts some of the controversies that exercise students ofmedieval literature, such as those connected with literary theory,love, and chivalry and war. 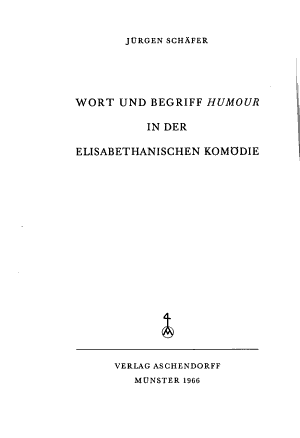 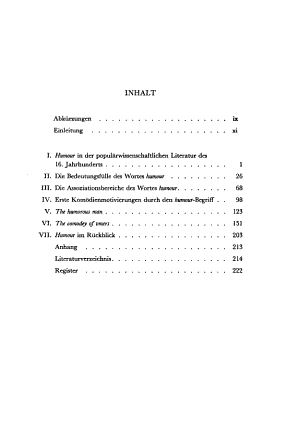 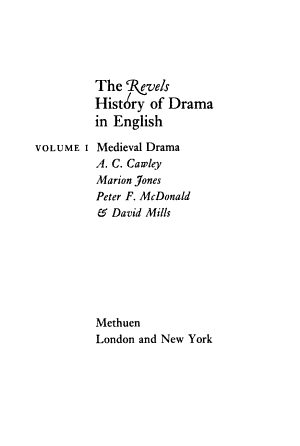 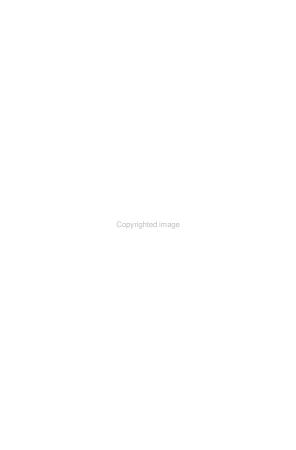 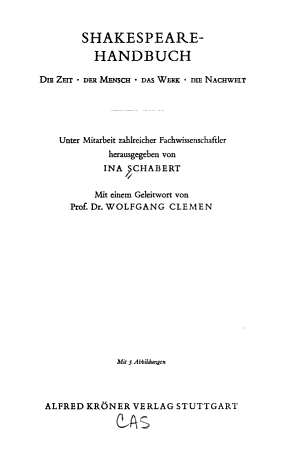 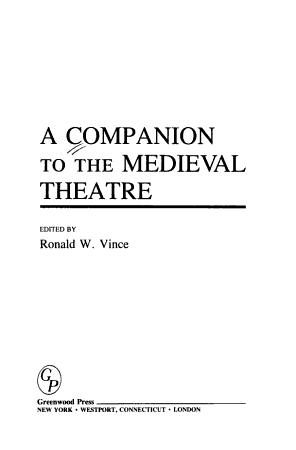 
Vince has provided a useful and, for the most part, usable reference work. His introduction should be required reading for anyone approaching medieval theater. Choice Scholars increasingly see medieval theatre as a complex and vital performance medium related more closely to political, religious, and social life than to literature as we know it. Reflecting the current interest in performance, A Companion to the Medieval Theatre presents 250 alphabetically arranged entries offering a panoramic view of European and British theatrical productions between the years 900 and 1550. The volume features 30 essays contributed by an international group of specialists and includes many shorter entries as well as systematic cross-referencing, a chronology, a bibliography, and a full complement of indexes. Major entries focus on the theatres of the principal linguistic areas (the British Isles, France, Germany, Iberia, Italy, Scandinavia, the Low Countries, and Eastern Europe), and on dramatic forms and genres such as liturgical drama, Passion and saint plays, morality plays, folk drama, and Humanist drama. Other articles examine costume, acting, pageantry, and music, and explore the theatrical dimension of courtly entertainment, the dance, and the tournament. Short entries supply information on over one hundred playwrights, directors, actors and antiquarians whose contributions to the theatre have been documented. This informative guide brings new depth to our appreciation of the richness and color of medieval public entertainments and the symbolism and pageantry that were a part of daily life in the Middle Ages. Designed to appeal to general reader, this volume is also an attractive choice for libraries serving students and scholars of theatre history, English and European literatures, medieval history, cultural history, drama, and performance.