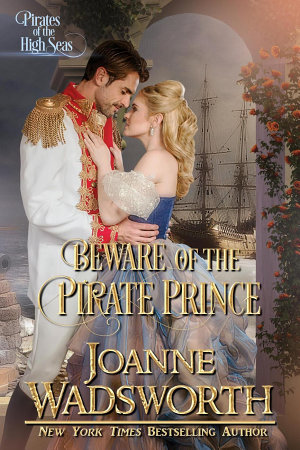 
(Novella of 31,000 words.) Beware of the Pirate Prince is the sweet/tame version of Her Pirate Prince. My dearest Anteros, As the daughter of an English earl, I grew up sheltered and protected, then I became your bride, the wife of a prince born with untold secrets and untold pirate tendencies. Luckily, I adore both the prince you are, and the devious pirate that simmers under your skin. Unluckily, you’ve enraged your enemies, and now your greatest enemy, the Dey of Algiers, is forcing you into a battle unlike any you’ve ever fought. He has now captured me and made me the bait in his vile game to lure you to Algiers. Please, you must find me, rescue me, and eliminate the threat he’s become to our family and our people. You must do so without getting either of us killed, because more than anything, I adore being your wife, and wish to remain so. Be safe and take all care. Forever yours, Olivia. Each book in this series is standalone, and can be enjoyed out of sequence. SWEET REGENCY TALES SERIES The Duke Who Stole My Heart, #1 The Earl I Adore, #2 To Love During War, #3 My Secret and the Earl, #4 The Prince Who Captured Me, #5 Beware of the Pirate Prince, #6 My Infamous Corsair, #7 Must Love Pirates, #8 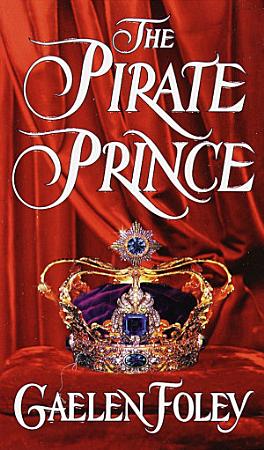 
On a calm moonlit night, as the scent of jasmine and pine embraced the island of Ascension, the pirate prince Lazar di Fiori returns with lethal grace to avenge what was stolen from him: his kingdom, his birthright, his soul. . . . Allegra Monteverdi, the daughter of Lazar's sworn enemy, proves an uncommonly powerful adversary. She throws herself on his mercy, her courage and beauty touching his cold, unforgiving heart. He agrees to spare the lives of her family--but only if Allegra sails away with him as his captive. For his quest for vengeance still burns fiercely, and he will settle for nothing less than Allegra's body and soul. Alone at sea with this dark, intriguing man, moving between seduction and fear, Allegra gazes into eyes as deep and mysterious as the night and sees who this pirate really is. Lazar--the prince of her childhood dreams. Though he was rumored to be murdered years ago, she always believed someday he would return. But it will take more than her love for this pirate prince to bring peace to her beloved home. For Lazar must face the demons of his shattered past--if he is to forge the destiny that is theirs to claim. . . . From the Paperback edition.


Taken captive by a rakish pirate and sold into slavery, Willow is plunged into a dangerous game of seduction and power when two rivals vow to possess her. Original.


Sold into slavery in the West Indies, a young Native American boy from the Wampanoag tribe yearns for freedom and a chance to return to his beloved New England home. With his choices limited, and enemies all around him, the young man becomes the legendary Carlomagno, King of the Caribbean pirates. He finds himself immersed in action, adventure and political intrigue. Opposed by the fierce mercenary, Chevalier de Forteney, Carlomagno trusts his Native heart and his mighty sword to subdue any foe until he meets the mighty Anasarani! 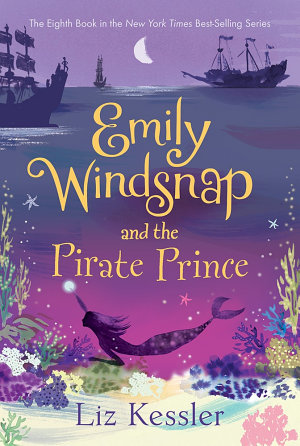 
Emily Windsnap ends up surrounded by pirates — and on a life-changing adventure — in the eighth installment of the New York Times best-selling series. Traveling home by cruise ship should be a relaxing break after Emily’s latest adventure, but things take a turn when the ship is overtaken by a pirate king and his crew. After the pirates collect everyone’s riches, they steal something even more valuable: Aaron. The pirate king’s eldest son takes Aaron captive, forcing him to help guide the pirates to the mythical Trident’s Treasure. So Emily dives into action and joins the younger son’s crew in hopes of saving Aaron. But while experiencing life on the waves, Emily is surprised to find herself not only enjoying the pirate life, but actually bonding with the crew — especially Sam, the pirate king’s son. Between helping Sam unravel riddles to beat his brother to the treasure and making sure that her friends are safe, Emily realizes that she needs to be true to herself. Will she cast aside her mermaid life to join her new friends, or will she find a way to follow her own path?


The land is dying. Great swaths of the northlands are growing warmer at an alarming rate. Wildlife is suffering.Monsters from the realm of fable and legend are being released from the glaciers, attacking villages. And something - SOMETHING has caused this.A great evil has emerged from the ice and lain this curse upon the land.Charlotte's parents - the queen and prince consort of Swerighe - have been abducted, and the land is in an uproar. Only Charlotte and her troupe can save the day.But this evil is desperate to survive. It will stop at nothing to take what it wants.And it wants her baby. 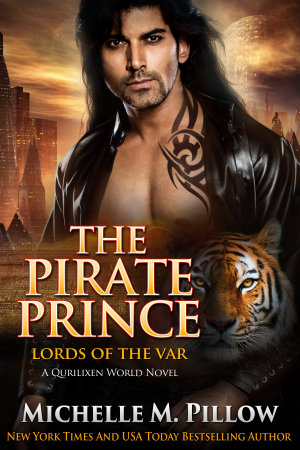 
A BBW pilot and a sexy pirate join forces in the exciting debut of the Gamma Raiders sci-fi romance series!Never trust a Kamaran ...Lana Riley has had it rough ever since the Kamarans took over her planet. The alien overlords are responsible for her parents' deaths, and even with her top-notch piloting skills she can barely earn the money she needs to care for her seriously ill younger brother.Especially a Kamaran pirate ...When Lana and her best friend and co-pilot, Kira, accept a job flying cargo across the Gamma quadrant, they're hijacked by the notorious Gamma Raiders. Out of money and out of options, they join the pirates' crew in a desperate bid to keep Lana's little brother alive.Who's too gorgeous to resist ...The pirates' leader, Adaar, is the last man in the galaxy Lana should trust. Not only is he a pirate, he's a Kamaran. Despite that, the attraction between them is undeniable--and growing ever stronger.And is keeping secrets.When Lana discovers that Adaar has been lying to her about his real identity, will it shatter the bond between them? Or will they find a way to forge a new, stronger relationship ... one with consequences for the entire galaxy?Gamma Raiders: The Space Pirate Prince is full of action, adventure, humor, and romance. It's a full-length novel with a HEA and no cliffhangers! 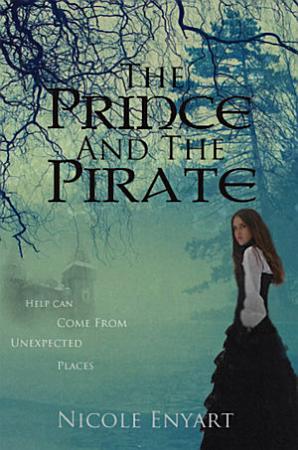 
Prologue The Captain of the guard, Corin, strode quickly across the marble floor, his armor chinked with each step he took and echoed throughout the room. His face that always seemed to be set in a determined look was now lined deeper in concentration. His steel gray eyes glared straight ahead as he drew closer and closer to the end of the room. There, stood a throne set in gold and precious jewels, and sitting upon that throne was the most dangerous and powerful man in the country, King Kadesh. Approaching the throne Captain Corin dropped down to one knee and bowed his head. Though older than the King, the royal made certain to crush any thoughts of superiority the Captain might have against him, by wearing lavish clothing, jewels, but most of all he always had a nonchalant expression on his face, no matter who it was that walked into his throne room, how rich they were or the title they bore, he treated them all the same. He treated them as slaves. King Kadesh waited until the Captain thought he could no longer keep his patience before finally speaking. "What do you want?" He asked, his tone almost sounding bored. Captain Corin gritted his teeth, "My Lord, the rumors were true. Pirates from the East are approaching our docks." The King interrupted him by sighing impatiently, "I know all this already, Captain. I also know that they plan on kidnapping my daughter for ransom. What I don't know is what your plan is to stop them." The Captain's face flushed with anger, "My men and I will station ourselves inside the Princess' chambers and wait for the pirates." "And you will fight to the death is that it?" Kind Kadesh asked. The Captain nodded his head. The King stood up from his throne. "Tell me, do you think many of your men will die?" The Captain was taken aback by this question. It was unusual for the King to be concerned about the loss of other lives. "Yes many will die, but I assure you, my Lord, that my men are prepared to die for the safety of the princess." "I know that!" The King yelled, sounding offended. "Every soldier signs their lives over to me when they join the army, but it costs money to replace dead soldiers. Money that I do not want to pay." Corin dropped his head down, no longer able to hide his anger. Each and every man he was in charge of were important to him, and to hear the King speak of their value in only money was unbearable. "What then, do you want me to do, my Lord?" When the King didn't answer, Captain Corin raised his head to look at him and was shocked to see that the King had a puzzled expression on his face. At that moment there was a loud crash, as if someone had dropped glass dishes on the floor. Both the King and the Captain turned in the direction of the sound. Standing in a pile of broken glass, was a servant girl, she was desperately scooping up the broken pieces as if perhaps she could hide the mess now, but the look of terror in the girl's eyes caused the Captain's heart to stop. Already two guards were making their way towards the girl to take her away and no doubt punish her. The Captain looked away, but the King once again surprised him. "Hold!" He ordered. The guards instantly stopped advancing towards the girl. The King stepped down from his throne and walked over to stand in front of the girl. The Captain watched the King's eyes study over the child, slowly a gleam of inspiration filled those cold eyes. "Captain," The King began, never taking his eyes off the girl. "Does this girl look to be around the same age as my daughter?" The Captain felt his throat tighten, for he was no fool, he knew what his answer could mean for this innocent child. "I'll take that as a yes." The King said, grinning wickedly. "Perhaps the pirates will think the same thing." ********************************************************************* In the dead of night, shadows crept along the castle wall, slithering up the wall silently and up towards the window of th 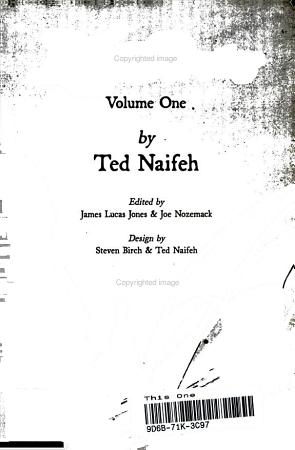 
Polly is caught between the prim-and-proper boarding school set she’s grown-up with and the legendary legacy of the Pirate Queen that she never knew she was a part of! But which is the cruel, cold world and which is the care-free paradise? And does it even matter when there's a dashing pirate prince involved? Hoist the sails and batten the hatches on this brand new adventure!