0 Read eBook for: the expulsion of the jews [PDF] 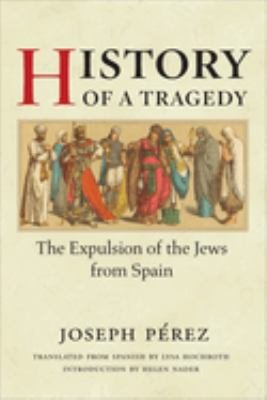 
Few events in the history of Spain have provoked as much controversy as the expulsion of the Jews in 1492. Conflicts within the Catholic Church, suspicions within the newly unified Spain, and the claims of Spanish merchants combined to make the Spain of Ferdinand and Isabella intolerant and inquisitorial. Yet the roots of Spanish anti-Semitism went deeper. In this concise survey of the expulsion of the Sephardic Jews, Joseph Pérez studies the evolution of the Jewish community in Spain from the time of the Visigoths to the reign of the Catholic kings. He explores the Jewish community's role in creating and sustaining the vibrant cultural, political, and economic world of medieval Spain, and how growing religious intolerance, a pervasive resentment of the "others," and a string of escalating encroachments culminated in expulsion. 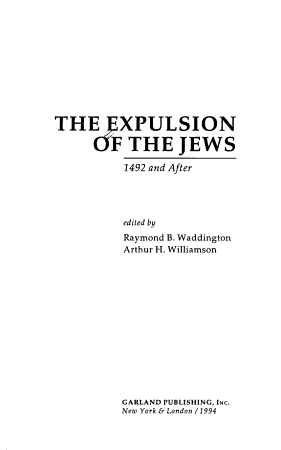 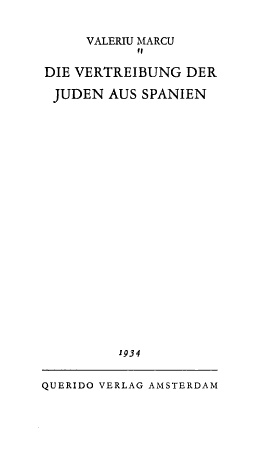 
Describes the position of the Jews in Spain in the 15th century, including discussion of disputations between representatives of Jews and Christians (particularly converted Jews who were eager to attack the Jewish religion), the population's hatred of the Conversos, and racist theories propagated during the reign of Isabella. Focuses on the role of the Inquisition, on blood libel trials, on host desecration accusations, and on the edict of expulsion in 1492. Pp. 217-285 of the 1991 edition contain an essay, written especially for this edition, on the life and work of Valeriu Marcu by Andrei Corbea, also analyzing the similarity between persecution of Jews in 1492 and during the Nazi regime.


The Expulsion of the Jews from Spain is a detailed study of the events surrounding this infamous chapter in Spanish history. Based on hundreds of documents discovered, deciphered, and analysed during decades of intensive archival research, this work focuses on the practical consequences of the expulsion both for those expelled and those remaining behind. It responds to basic questions such as: What became of property owned by Jewish individuals and communities? What became of outstanding debts between Jews and Christians? How was the Edict of Expulsion implemented? What happened to those who converted to Christianity in order to remain in Spain or return to that country? The material summarized and analysed in this study also sheds light on Jewish life in Spain preceding the expulsion. For example, Jews are shown to have been present in remote villages where they were not hitherto known to have lived, and documents detailing lawsuits between Christians related to debts left behind by Jews reveal much about business and financial relations between Jews and Christians. By focusing on the expulsion of the Jews from Spain in such detail-for example, by naming the magistrates who presided over the confiscation of Jewish communal property-Professor Beinart takes history out of the realm of abstraction and places it in the realm of concrete reality, reminding us that events were driven by decisions made by real people, and that real people were affected by these events 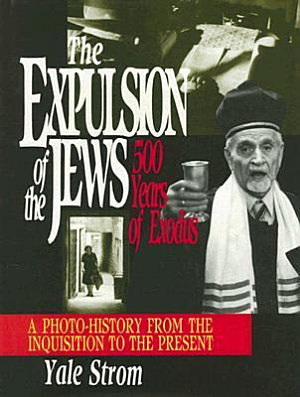 
An illustrated chronicle of the Jewish experience from the Spanish Inquisition to the present discusses their exile, their subsequent life in Turkey, Greece, Bulgaria, Yugoslavia, and elsewhere, and more. 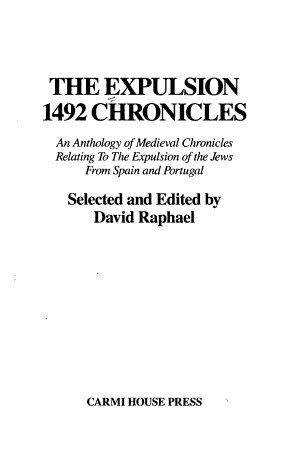 
A collection of 25 chronicles of the 15th-16th centuries (translated from Hebrew, Spanish, Portuguese, and Latin) relating the events of the expulsions from Spain and Portugal. 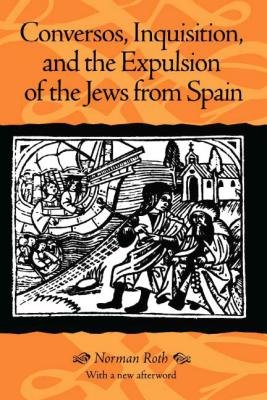 
The Jewish community of medieval Spain was the largest and most important in the West for more than a thousand years, participating fully in cultural and political affairs with Muslim and Christian neighbors. This stable situation began to change in the 1390s, and through the next century hundreds of thousands of Jews converted to Christianity. Norman Roth argues here with detailed documentation that, contrary to popular myth, the conversos were sincere converts who hated (and were hated by) the remaining Jewish community. Roth examines in depth the reasons for the Inquisition against the conversos, and the eventual expulsion of all Jews from Spain. “With scrupulous scholarship based on a profound knowledge of the Hebrew, Latin, and Spanish sources, Roth sets out to shatter all existing preconceptions about late medieval society in Spain.”—Henry Kamen, Journal of Ecclesiastical History “Scholarly, detailed, researched, and innovative. . . . As the result of Roth’s writing, we shall need to rethink our knowledge and understanding of this period.”—Murray Levine, Jewish Spectator “The fruit of many years of study, investigation, and reflection, guaranteed by the solid intellectual trajectory of its author, an expert in Jewish studies. . . . A contribution that will be particularly valuable for the study of Spanish medievalism.”—Miguel Angel Motis Dolader, Annuario de Estudios Medievales 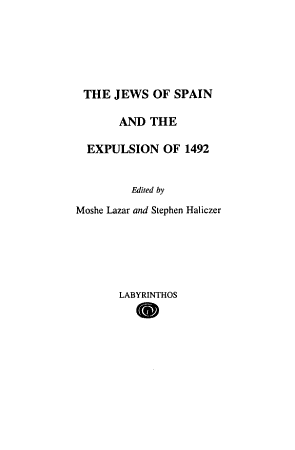 
"...the essays brought together in this volume ... were developed from conference papers presented at an international symposium entitled "The Jews of Spain and the Expulsion of 1492" held at the University of Southern California in April 1992" -- from p. xi. 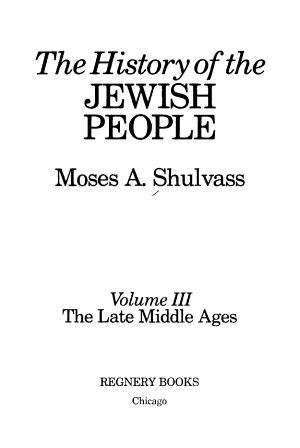 
Describes changes in the Jewish population in European and Arab countries during the fourteenth, fifteenth, and sixteenth centuries, and looks at economic conditions, cultural developments, and religious life during the period 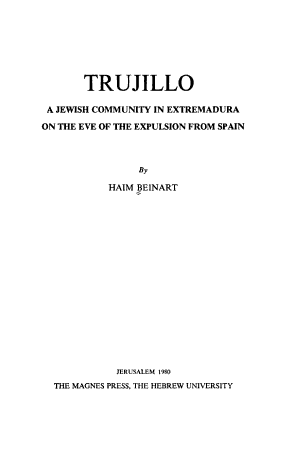 
This second volume is dedicated to the study of a Jewish community in Extremadura on the Eve of the Expulsion from Spain. Based on documents which are now published for the first time, this study reveals the life and surroundings of a community lulled into a false sense of security and endeavoring to build its life in peace while the war against Granada continues. The order for Expulsion came as a blow yet, undaunted, the Jewish community set out on the road to a new destiny. 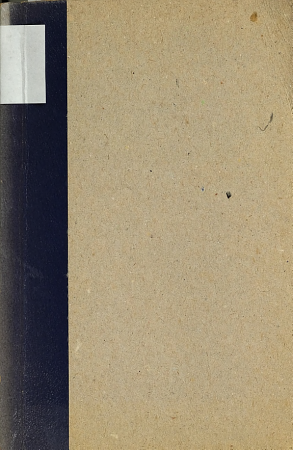