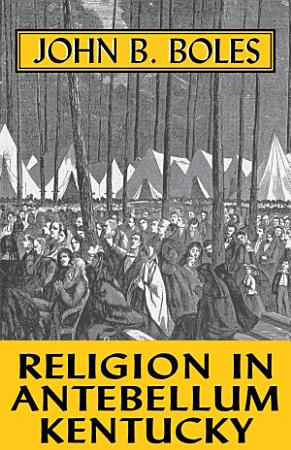 
Religion permeated the day-to-day life of antebellum Kentucky. This engaging account of Kentucky's various Christian denominations, first published as part of the Kentucky Bicentennial Bookshelf, traces the history of the Great Revival of 1800--1805, the subsequent schism in Protestant ranks, the rise of Catholicism, the development of a distinctive black Christianity, and the growth of a Christian antislavery tradition. Paying special attention to the role of religion in the everyday life of early Kentuckians and their heritage, John B. Boles provides a concise yet enlightening introduction to the faith and the people of the Bluegrass State. Religion In Antebellum Kentucky is an excellent survey of religion and its significance in the first eighty-five years of Kentucky's history. 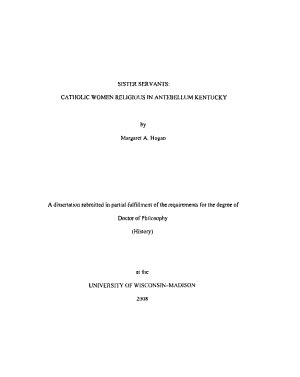 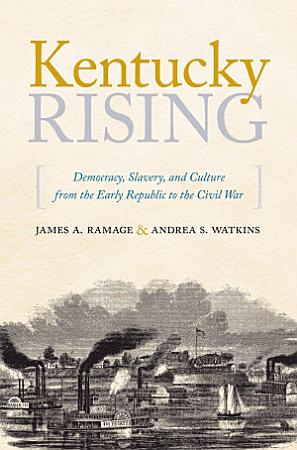 
Kentucky's first settlers brought with them a dedication to democracy and a sense of limitless hope about the future. Determined to participate in world progress in science, education, and manufacturing, Kentuckians wanted to make the United States a great nation. They strongly supported the War of 1812, and Kentucky emerged as a model of patriotism and military spirit. Kentucky Rising: Democracy, Slavery, and Culture from the Early Republic to the Civil War offers a new synthesis of the sixty years before the Civil War. James A. Ramage and Andrea S. Watkins explore this crucial but often overlooked period, finding that the early years of statehood were an era of great optimism and progress. Drawing on a wealth of primary and secondary sources, Ramage and Watkins demonstrate that the eyes of the nation often focused on Kentucky, which was perceived as a leader among the states before the Civil War. Globally oriented Kentuckians were determined to transform the frontier into a network of communities exporting to the world market and dedicated to the new republic. Kentucky Rising offers a valuable new perspective on the eras of slavery and the Civil War. This book is a copublication with the Kentucky Historical Society. 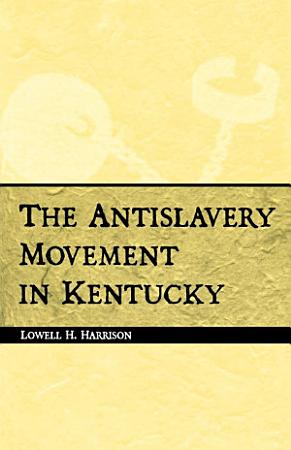 
As one of only two states in the nation to still allow slavery by the time of the Thirteenth Amendment in 1865, Kentucky's history of slavery runs deep. Based on extensive research, The Antislavery Movement in Kentucky focuses on two main antislavery movements that emerged in Kentucky during the early years of opposition. By 1820, Kentuckians such as Cassius Clay called for the emancipation of slaves -- a gradual end to slavery with compensation to owners. Others, such as Delia Webster, who smuggled three fugitive slaves across the Kentucky border to freedom in Ohio, advocated for abolition -- an immediate and uncompensated end to the institution. Neither movement was successful, yet the tenacious spirit of those who fought for what they believed contributes a proud chapter to Kentucky history. 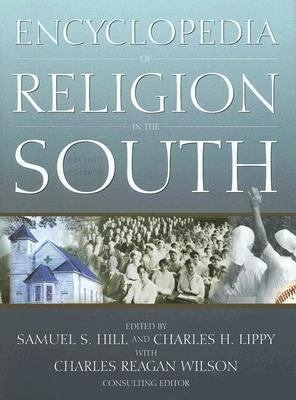 
The publication of the Encyclopedia of Religion in the South in 1984 signaled the rise in the scholarly interest in the study of Religion in the South. Religion has always been part of the cultural heritage of that region, but scholarly investigation had been sporadic. Since the original publication of the ERS, however, the South has changed significantly in that Christianity is no longer the primary religion observed. Other religions like Judaism, Buddhism, and Hinduism have begun to have very important voices in Southern life. This one-volume reference, the only one of its kind, takes this expansion into consideration by updating older relevant articles and by adding new ones. After more than 20 years, the only reference book in the field of the Religion in the South has been totally revised and updated. Each article has been updated and bibliography has been expanded. The ERS has also been expanded to include more than sixty new articles on Religion in the South. New articles have been added on such topics as Elvis Presley, Appalachian Music, Buddhism, Bill Clinton, Jerry Falwell, Fannie Lou Hamer, Zora Neale Hurston, Stonewall Jackson, Popular Religion, Pat Robertson, the PTL, Sports and Religion in the South, theme parks, and much more. This is an indispensable resource for anyone interested in the South, religion, or cultural history. 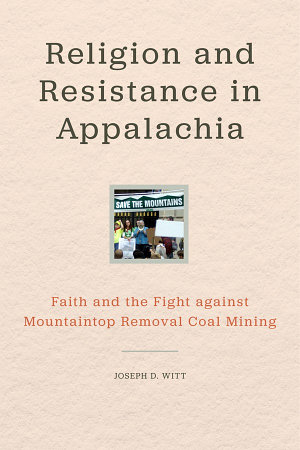 
In the last fifty years, the Appalachian Mountains have suffered permanent and profound change due to the expansion of surface coal mining. The irrevocable devastation caused by this practice has forced local citizens to redefine their identities, their connections to global economic forces, their pasts, and their futures. Religion is a key factor in the fierce debate over mountaintop removal; some argue that it violates a divine mandate to protect the earth, while others contend that coal mining is a God-given gift to ensure human prosperity and comfort. In Religion and Resistance in Appalachia: Faith and the Fight against Mountaintop Removal Coal Mining, Joseph D. Witt examines how religious and environmental ethics foster resistance to mountaintop removal coal mining. Drawing on extensive interviews with activists, teachers, preachers, and community leaders, Witt's research offers a fresh analysis of an important and dynamic topic. His study reflects a diversity of denominational perspectives, exploring Catholic and mainline Protestant views of social and environmental justice, evangelical Christian readings of biblical ethics, and Native and nontraditional spiritual traditions. By placing Appalachian resistance to mountaintop removal in a comparative international context, Witt's work also provides new outlooks on the future of the region and its inhabitants. His timely study enhances, challenges, and advances conversations not only about the region, but also about the relationship between religion and environmental activism. 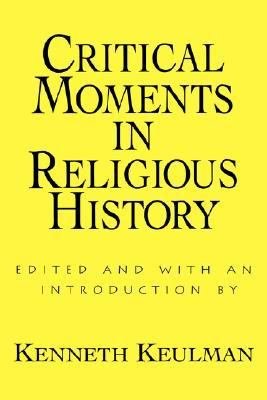 
These critical essays examine ways in which political culture interacts with the world's religions, and within the context of religious pluralism. The authors raise the issue regarding the way religion affects political modernization, and, conversely, how social and political realities may define and determine the boundaries of religion(s). Critical Moments in Religious History addresses issues of vital concern, religious and political, theological and social issues that, indeed, remain critical. 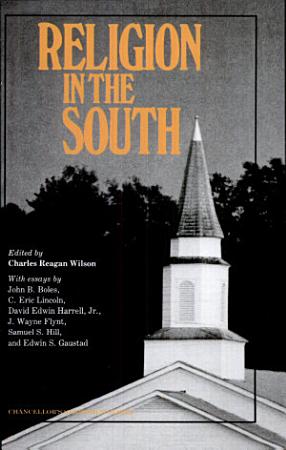 
Showing the undeniable truth that religion has been a powerful force in creating and maintaining southern regional distinctiveness, this volume of essays by leading scholars explores key aspects of southern religious development, concentrating on the dominant evangelical tradition. It focuses on crucial time periods--the antebellum years, the late nineteenth century, and the contemporary era--and examines topics that are central to understanding southern religion. The papers in this volume were presented in 1984 at the annual Porter L. Fortune Chancellor's Symposium in Southern History at the University of Mississippi. In this study John B. Boles traces the emergence of the South's evangelical tradition, detailing the transformation of evangelical sects from dissenting outcasts in society to their dominance in the South by the time of the Civil War. C. Eric Lincoln's essay offers a thorough summary of early black religious history, including missionary efforts among the slaves, the extent of a black-white religious culture, the importance of separate black denominations, the "invisible church" of the slave quarters, and the nature if black worship./ David Edwin Harrell, Jr., examines religious diversity in the South, bringing together the experiences of Roman Catholics, Jews, and Protestant sectarians living under the region's evangelical hegemony. Through a case study of the Presbyterian Church in the United States, J. Wayne Flynt marshals evidence that an overlooked social gospel tradition has existed in the South. In an essay on "Religion and Politics in the South," Samuel S. Hill puts the recent religious-political interaction into historical and typological perspective, arguing for the existence of a unique southern outlook on this topic. The final paper, by Edwin S. Gaustad, outlines the regional character of American religion, with special attention given to the geographical distribution of religious groups within the South. 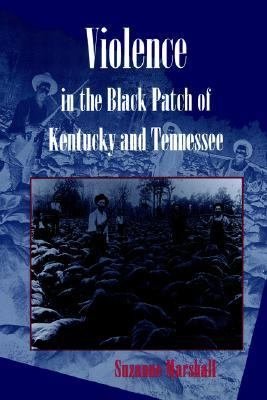 
From its settlement in the late 1700s, the Black Patch-an agricultural region of western Kentucky and Middle Tennessee-has been known for its dark-fired, heavy-leafed tobacco, so green that it is called "black." But as the settlers of this region sowed the seeds of tobacco, they also sowed the seeds of violence. In Violence in the Black Patch of Kentucky and Tennessee, Suzanne Marshall provides a thorough, engrossing depiction of the role played by violence in the development of the Black Patch culture. Violence was a key element in the white settlement of this frontier wilderness. After forcibly removing Native Americans from the region, white settlers established a tradition of violence that maintained order and morality. White male dominance over family members and black slaves was also sustained by violence. A man's mean reputation defined his identity and place within the community, instilling respect and fear among outsiders. The Civil War and the industrial revolution also helped perpetuate violence in the Black Patch. With markedly divided sympathies during the Civil War, the Black Patch inspired guerrilla warfare against citizens and slaves by renegade bands of former soldiers from both sides. Marshall's study culminates with a discussion of the Night Riders' vigilante activity during Black Patch wars that originated with this country's shift from an agricultural society to an industrial one. By focusing on the violence in this culture, Marshall provides a key to understanding both the cultural components that were unique to the area and those that were shared with other isolated rural communities. She draws extensively from oral history and ethnographic methodology as well as court records, church records, diaries, and newspapers. Anecdotes depicting folk beliefs and heroes, old-time religion, the economics of farm life, race relations, and gender roles, serve to enliven this study and enrich our understanding of a fascinating and distinctive region. 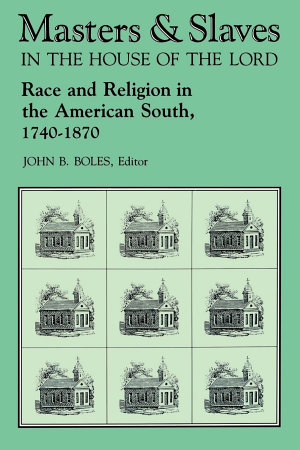 
Much that is commonly accepted about slavery and religion in the Old South is challenged in this significant book. The eight essays included here show that throughout the antebellum period, southern whites and blacks worshipped together, heard the same sermons, took communion and were baptized together, were subject to the same church discipline, and were buried in the same cemeteries. What was the black perception of white-controlled religious ceremonies? How did whites reconcile their faith with their racism? Why did freedmen, as soon as possible after the Civil War, withdraw from the biracial churches and establish black denominations? This book is essential reading for historians of religion, the South, and the Afro-American experience. 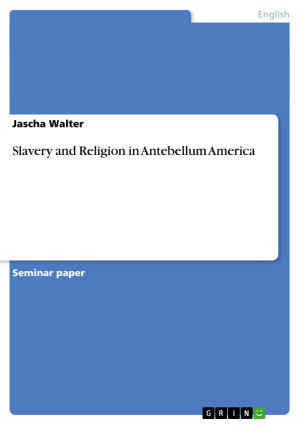 
Seminar paper from the year 2004 in the subject English Language and Literature Studies - Culture and Applied Geography, grade: 1-, Otto-von-Guericke-University Magdeburg (Institut fur fremdsprachliche Philologien), 12 entries in the bibliography, language: English, comment: A Comparison between the Churches of Antebellum America with regard to the Influence of Religion on the Attitude towards Slavery, considering Proslavery Arguments in the South in particular, abstract: My original plan, to compare the northern and southern states of antebellum America with regard to the influence of religion on the attitude to slavery, proved to be problematic, because of the difficulties connected with getting information about the local residences of the different denominations. I found a lot of information about several aspects dealing with connections between religion and slavery, and thus I concentrated on the other aspect of the title, which were southern proslavery argumentations. As far as the idea of comparison is concerned, I collected information about the different denominations of antebellum America and their contribution to abolition or their indifference and inability to take a stand against slavery. To find relevant secondary literature I searched the university library Magdeburg, the university library Hamburg and the digital library of the "Making of America" website. I also found secondary literature in the internet through a search via the search engine www.google.de. First I want to present the different churches and denominations of antebellum America and their attitude to slavery. In most cases a development in the attitude can be observed. The second part of this essay concentrates on religiously oriented proslavery argumentations and is separated in different approaches and biblical aspects. The final topic deals with the conversion of slaves, which I found interesting, too, but I decided to mention this aspect only to some extent, because the cent"