0 Read eBook for: record of the arab world [PDF] 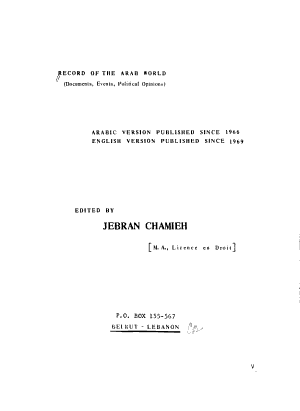 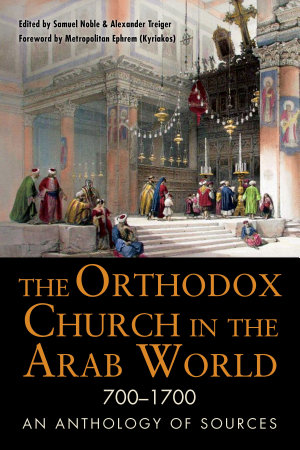 
Arabic was among the first languages in which the Gospel was preached. The Book of Acts mentions Arabs as being present at the first Pentecost in Jerusalem, where they heard the Christian message in their native tongue. Christian literature in Arabic is at least 1,300 years old, the oldest surviving texts dating from the 8th century. Pre-modern Arab Christian literature embraces such diverse genres as Arabic translations of the Bible and the Church Fathers, biblical commentaries, lives of the saints, theological and polemical treatises, devotional poetry, philosophy, medicine, and history. Yet in the Western historiography of Christianity, the Arab Christian Middle East is treated only peripherally, if at all. The first of its kind, this anthology makes accessible in English representative selections from major Arab Christian works written between the 8th and 18th centuries. The translations are idiomatic while preserving the character of the original. The popular assumption is that in the wake of the Islamic conquests, Christianity abandoned the Middle East to flourish elsewhere, leaving its original heartland devoid of an indigenous Christian presence. Until now, several of these important texts have remained unpublished or unavailable in English. Translated by leading scholars, these texts represent the major genres of Orthodox literature in Arabic. Noble and Treiger provide an introduction that helps form a comprehensive history of Christians within the Muslim world. The collection marks an important contribution to the history of medieval Christianity and the history of the medieval Near East. 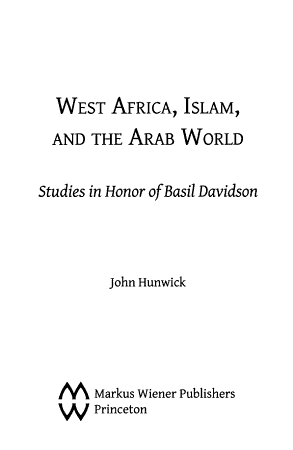 
Deals with the developments after colonialism in West Africa, the result of Arab nationalism on West African politics, the roles of Israelis in helping to develop the new states, and the politics of OPEC and the rise of Islamic fanaticism. 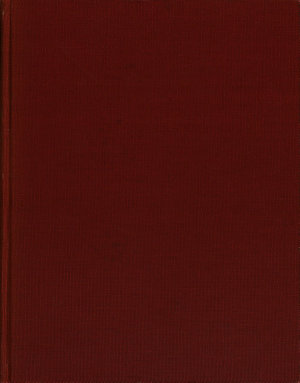 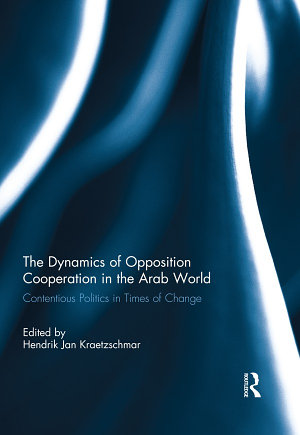 
Within the democratisation literature, opposition unity is widely seen as an important requisite to successfully pressure authoritarian rulers into liberalising reforms and in bringing about democratic change. Taking up on this theme, this book examines the myriad ways in which opposition groups across the Arab world have sought to coalesce into broader reform coalitions at the local, national and transnational levels to challenge authoritarian incumbents and their policies. Drawing on original case studies from the region, it sheds light on the diverse nature and objectives of these reform coalitions, and explores the challenges opposition groups face in Arab states in uniting behind a common reform agenda and in driving this agenda forward. Be they electoral pacts, local government coalitions, broader opposition alliances or networks of resistance, this book demonstrates that, although widespread, the record of collective opposition activism in the Arab world is mixed, with many reform coalitions lacking the necessary cohesion and mass appeal to effectively mobilise for change. This book was originally published as a special issue of British Journal of Middle Eastern Studies 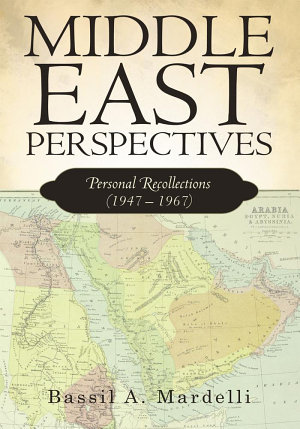 
Middle East Perspectives is the first book of a trilogy about the Middle East and it addresses the period from 1947 to 1967. The author seeks to portray personal recollections of events that occurred mainly in Egypt, Lebanon, Iraq, and Syria, over a span of twenty years. Decisions made by key political players have influenced their lives, and many readers can offer a concise preliminary account of their experiences in the Middle East and provide a dramatic journal of observations. Contributions in terms of personal perspectives and interpretations focus on international affairs not personal minutiae. The author talked with many people from Egypt and the Levant, who left there but who voluntarily allowed him to draw on their knowledge and experiences. He kept diaries from his high school days as well as personal memoirs to which he often referred to look up particular dates, for instance, the demonstrations that were started during his high school days for the causes of Algeria and Patrice Lumumba and the launching of Lebanon’s first rockets. Volume One addresses the period beginning with an early stage when the Middle East was still experiencing the unforeseen repercussions of the victorious Allied Forces over Germany in World War II, until the commencement of the one hundred and twenty hours of the Arab-Israeli War in 1967. In fact, the ensuing situation is still one of the factors behind the turmoil in the Middle East. When the governing elite begin to compete and fight among themselves, there is every certainty that their journey will be hazardous, and there is no guarantee they will arrive safely. It is true that their differences in the end will prove to be illusory, and in the absence of any serious effort at reconciliation, rebellious second raters will take over. The prestige and importance of the incoming rebels is considered to exceed by far that of those of the outgoing rulers themselves. The political powers of the newcomers are interwoven with the material rewards of offices. When the rebels become rulers, the palaces, jewels, and treasures of the deposed monarchs (as for example in the cases of Kings Farouk I of Egypt and Faisal II of Iraq) are taken over and distributed among the minority of their successors. Eventually these rebels begin to establish a tradition for which they have perceived hereditary rights to their new important offices, each to retain the position as heirs or next heirs to the authority. This fact, strangely typical of its kind up to now, should be borne in mind when considering the explosive relations between clans at this juncture of Middle Eastern history. And that will continue to be true as long as a constitutional Statehood is not in place. One of the primary objectives of the junta is to figure out how to preserve their presence and maintain power. Deeply moving is when foreign intervention begins to capitalize on such weaknesses; thence, the wheel begins to turn full circle. As the realm flounders in inflation, the intellectual elite and upper-middle classes leave their home countries, which can no longer satisfy their needs. Thus begins the influx of immigrants arriving in Australia, Europe, and America. 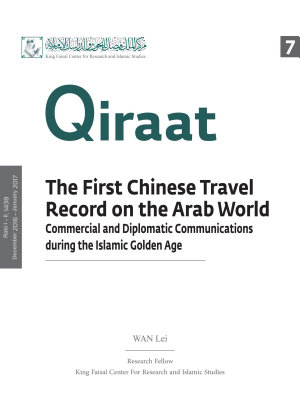 
The article by Dr Wan Lei, “The First Chinese Travel Record on the Arab World——Commercial and Diplomatic Communications during the Islamic Golden Age” published by King Fasial Center for Research and Islamic Studies in its bulletin, Qiraat (No. 7 Rabi I - II, 1438; December 2016 - January 2017), is composed of three articles, which are all translations and interpretations from official Chinese historical books recording events during the Tang dynasty (618-917 CE). The first is about Du Huan’s Jingxingji [The Travel Record], who was the first Chinese man who travelled the Arab world; the second article is about Jian Dan’s “Guangzhou tonghai yidao” [The Maritime Route to Alien Countries from Guangzhou]; and the third is about the Dashi (Arab) official visits to the Chinese Tang court, which are recorded in Cefu Yuangui [Archival Palace as Great Oracle Tortoise]. All of these provide modern readers true stories concerning the relationships and communications between the Arab world and China in history. 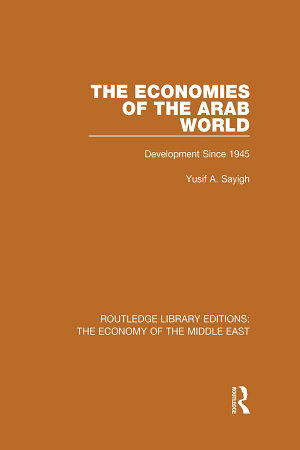 
This book, a comprehensive study of twelve of the economies of key countries of the Arab world, has three main objectives: to record the developmental achievements and failings of each country; to examine the main issues arising in the drive for development; and to assess the future outlook for development for each country. Most of the countries studied only gained independence from their colonial masters in recent decades, and the process of economic development has necessarily been accompanied by political development. First published in 1978. 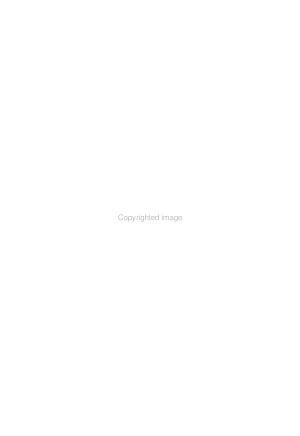 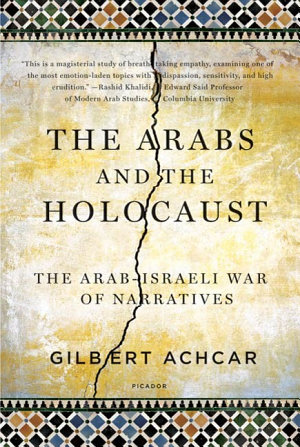 
An unprecedented and judicious examination of what the Holocaust means—and doesn't mean—in the Arab world, one of the most explosive subjects of our time There is no more inflammatory topic than the Arabs and the Holocaust—the phrase alone can occasion outrage. The terrain is dense with ugly claims and counterclaims: one side is charged with Holocaust denial, the other with exploiting a tragedy while denying the tragedies of others. In this pathbreaking book, political scientist Gilbert Achcar explores these conflicting narratives and considers their role in today's Middle East dispute. He analyzes the various Arab responses to Nazism, from the earliest intimations of the genocide, through the creation of Israel and the destruction of Palestine and up to our own time, critically assessing the political and historical context for these responses. Finally, he challenges distortions of the historical record, while making no concessions to anti-Semitism or Holocaust denial. Valid criticism of the other, Achcar insists, must go hand in hand with criticism of oneself. Drawing on previously unseen sources in multiple languages, Achcar offers a unique mapping of the Arab world, in the process defusing an international propaganda war that has become a major stumbling block in the path of Arab-Western understanding.