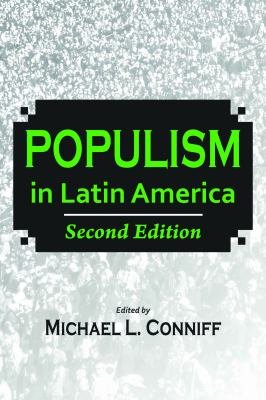 
This updated edition of Populism in Latin America discusses new developments in populism as a political phenomenon and the emergence of new populist political figures in Mexico, Argentina, and Venezuela in particular. 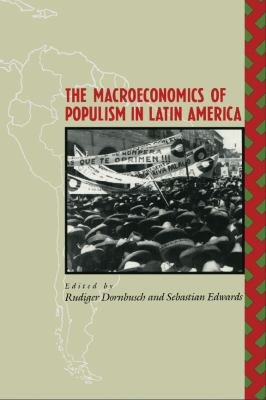 
Again and again, Latin America has seen the populist scenario played to an unfortunate end. Upon gaining power, populist governments attempt to revive the economy through massive spending. After an initial recovery, inflation reemerges and the government responds with wage an price controls. Shortages, overvaluation, burgeoning deficits, and capital flight soon precipitate economic crisis, with a subsequent collapse of the populist regime. The lessons of this experience are especially valuable for countries in Eastern Europe, as they face major political and economic decisions. Economists and political scientists from the United States and Latin America detail in this volume how and why such programs go wrong and what leads policymakers to repeatedly adopt these policies despite a history of failure. Authors examine this pattern in Argentina, Brazil, Chile, Mexico, Nicaragua, and Peru—and show how Colombia managed to avoid it. Despite differences in how each country implemented its policies, the macroeconomic consequences were remarkably similar. Scholars of Latin America will find this work a valuable resource, offering a distinctive macroeconomic perspective on the continuing controversy over the dynamics of populism. 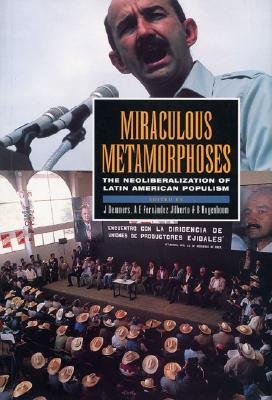 
This volume examines a central conundrum of Latin American politics. How is that the triumph of neoliberal-inspired economic restructuring in the 1980s and 90s did not cause the political demise of populist movements? What is remarkable, as these scholars show, is that Latin American populist parties, which had long been associated with statist, quasi-Keynesian, even demagogic economic policies, have survived the transition to the much harsher era of free markets, privatisation, unemployment and increasing inequality. And without apparently losing their political popularity, in contrast both to the far left and traditional oligarchic parties. Indeed Latin American populist forces seem to have made neoliberalism their own. The Editors have carefully chosen from South and Central America a representative set of countries through which to explore this phenomenon - Argentina, Chile, Brazil, Peru, Ecuador, Mexico, El Salvador and Nicaragua. What emerges is an up-to-date, nuanced modern political history of Latin America which does full justice to the distinctive political paths of each country while at the same time making clear the significant extent to which the region's populist tradition as a whole has adapted to the new economic realities. This is in marked contrast to the very different political trajectories of Africa and Asia in the past two decades. 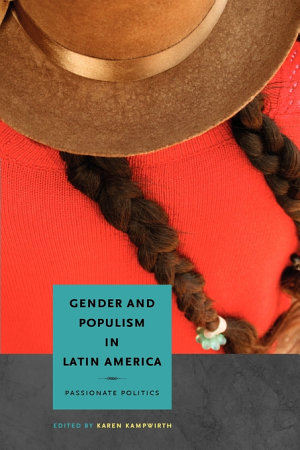 
"Analyzes populist movements in Argentina, Bolivia, Brazil, Ecuador, Mexico, Nicaragua, Peru, and Venezuela from a gender perspective. Considers the role of masculinity and femininity in populist leadership, the impact of populism on democracy and feminism, and women's critical roles as followers of these leaders"--Provided by publisher. 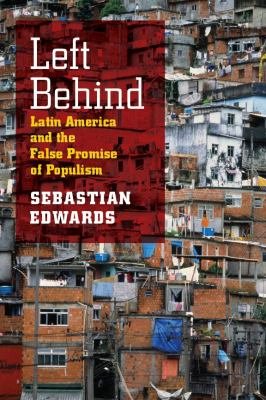 
The political and economic history of Latin America has been marked by great hopes and even greater disappointments. Despite abundant resources—and a history of productivity and wealth—in recent decades the region has fallen further and further behind developed nations, surpassed even by other developing economies in Southeast Asia and elsewhere. In Left Behind, Sebastian Edwards explains why the nations of Latin America have failed to share in the fruits of globalization and forcefully highlights the dangers of the recent turn to economic populism in the region. He begins by detailing the many ways Latin American governments have stifled economic development over the years through excessive regulation, currency manipulation, and thoroughgoing corruption. He then turns to the neoliberal reforms of the early 1990s, which called for the elimination of deficits, lowering of trade barriers, and privatization of inefficient public enterprises—and which, Edwards argues, held the promise of freeing Latin America from the burdens of the past. Flawed implementation, however, meant the promised gains of globalization were never felt by the mass of citizens, and growing frustration with stalled progress has led to a resurgence of populism throughout the region, exemplified by the economic policies of Venezuela’sHugo Chávez. But such measures, Edwards warns, are a recipe for disaster; instead, he argues, the way forward for Latin America lies in further market reforms, more honestly pursued and fairly implemented. As an example of the promise of that approach, Edwards points to Latin America's giant, Brazil, which under the successful administration of President Luis Inácio da Silva (Lula) has finally begun to show signs of reaching its true economic potential. As the global financial crisis has reminded us, the risks posed by failing economies extend far beyond their national borders. Putting Latin America back on a path toward sustained growth is crucial not just for the region but for the world, and Left Behind offers a clear, concise blueprint for the way forward.


In the last two decades, Latin America has undergone substantial political, social and economic transformation; however, many new democratically-elected governments appear to lack the ability to engender public support, promote social stability, or successfully manage a national economy. This paper will explore the phenomenon of populism in Latin America, taking into account the realities of inequitable wealth distribution, rampant corruption, the rise of indigenous movements, Latin American views on the state's role in society, emerging norms for civil-military relationships, globalization & trans-nationalist entities, and ubiquitous over-indebtedness. This paper will address the sudden rise of populist leadership in Latin nations, the changing relationships among moderate democracies in the region, and a growing ambivalence towards the U.S. and its perceived policies. 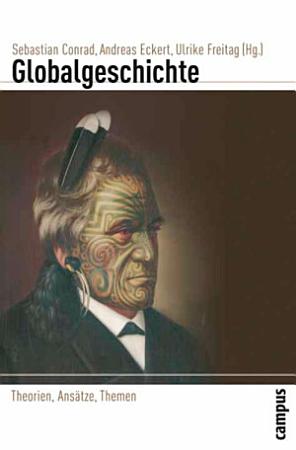 
This volume provides an introduction to the populist leaders who have dominated 20th-century Latin American politics. The authors profile those leaders who have had a profound influence on their country, including: Juan and Eva Peron; Lazaro Cardenas; Romulo Betancourt; and Alberto Fujimori. 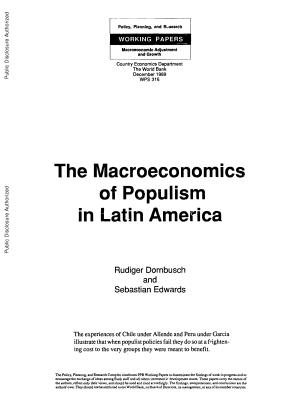 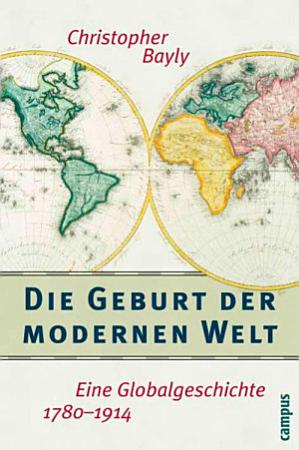 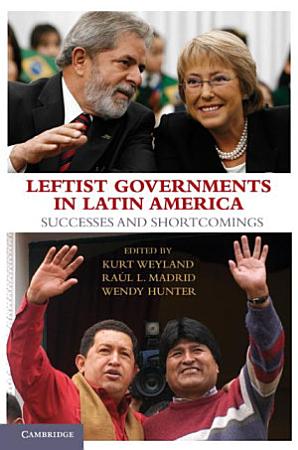 
Can Latin America's 'new left' stimulate economic development, enhance social equity, and deepen democracy in spite of the economic and political constraints it faces? This is the first book to systematically examine the policies and performance of the left-wing governments that have risen to power in Latin America during the last decade. Featuring thorough studies of Bolivia, Brazil, Chile, and Venezuela by renowned experts, the volume argues that moderate leftist governments have attained greater, more sustainable success than their more radical, contestatory counterparts. Moderate governments in Brazil and Chile have generated solid economic growth, reduced poverty and inequality, and created innovative and fiscally sound social programs, while respecting the fundamental principles of market economics and liberal democracy. By contrast, more radical governments, exemplified by Hugo Chávez in Venezuela, have expanded state intervention and popular participation and attained some short-term economic and social successes. 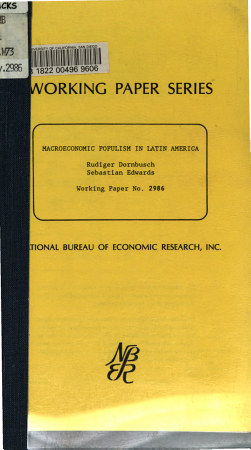 
Macroeconomic populism is an approach to economics that emphasizes growth and income distribution and deemphasizes the risks of inflation and deficit finance, external constraints and the reaction of economic agents to aggressive non-market policies. The purpose of our paper is to show that policy experiences in different countries and periods share common features, from the initial conditions, the motivation for policies, the argument that the country's conditions are different, to the ultimate collapse. Our purpose in setting out these experiences, those of Chile under Allende and of Peru under Garcia, is not a righteous assertion of conservative economics, but rather a warning that populist policies do ultimately fail; and when they fail it is always at a frightening cost to the very groups who were supposed to be favored. Our central thesis is that the macroeconomics of various experiences is very much the same, even if the politics differed greatly.


By analyzing the discourse and policies of populist leaders and reviewing their impact in particular countries, these contributors provide a deeper understanding of populism’s democratizing promise as well as the authoritarian tendencies that threaten the foundation of liberal democracy.