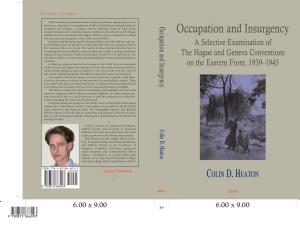 
Occupation and Insurgency details German policies towards civilians and captured military forces in the Soviet Union from 1941-1945 and examines them in the context of the laws of war. The results of these policies illustrate how an occupying force can establish a sense of legitimacy or spur a stronger resistance among the local citizens. While focused upon World War II, the book is very relevant to today's war on terror and the handling of current counterinsurgency scenarios. Evaluating certain actions by the Germans in the USSR from the standpoint of The Geneva and The Hague Conventions, the book also studies many actions that, while morally egregious, did not qualify as war crimes under the law. Some of the events analyzed prompted the 1949 revision of The Geneva Convention. The German actions, as well as the Soviet responses, lend themselves to discussion as related to international law and military actions. There is no other book that uses chronicled events to address both the international legal conventions and analyzes these events in both a legal and historical paradigm. The book is closely documented, including 20 photographs and numerous interview segments with SS officers, resistance fighters, and other primary persons involved in the war, and it provides as well the perspectives of other historians regarding the critical issues discussed. Occupation and Insurgency is a book that will appeal to all levels of academia, as well as the general public with regard to general history, World War II, and legal studies. It complements and goes beyond works such as Christopher Browning's Ordinary Men, Omer Bartov's Hitler's Army: Soldiers, Nazis and War in the Third Reich, Arad, Kurowski and Spector (eds), The Einsatzgruppen Reports, and Richard Rhodes' Masters of Death. 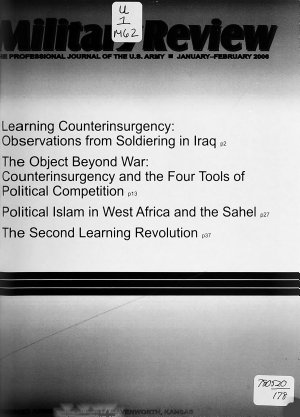 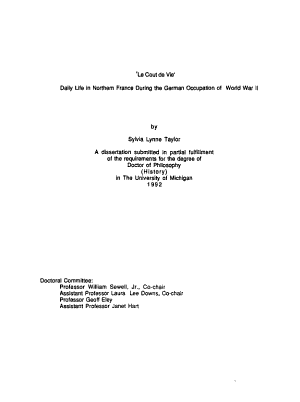 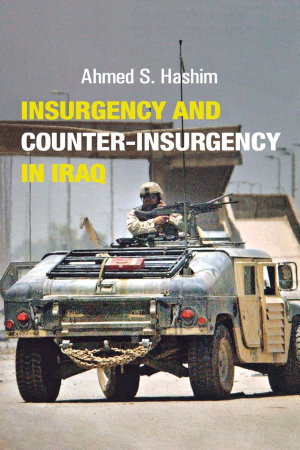 
Years after the U.S. invasion of Iraq, a loosely organized insurgency continues to target American and Coalition soldiers, as well as Iraqi security forces and civilians, with devastating results. In this sobering account of the ongoing violence, Ahmed Hashim, a specialist on Middle Eastern strategic issues and on irregular warfare, reveals the insurgents behind the widespread revolt, their motives, and their tactics. The insurgency, he shows, is not a united movement directed by a leadership with a single ideological vision. Instead, it involves former regime loyalists, Iraqis resentful of foreign occupation, foreign and domestic Islamist extremists, and elements of organized crime. These groups have cooperated with one another in the past and coordinated their attacks; but the alliance between nationalist Iraqi insurgents on the one hand and religious extremists has frayed considerably. The U.S.-led offensive to retake Fallujah in November 2004 and the success of the elections for the Iraqi National Assembly in January 2005 have led more "mainstream" insurgent groups to begin thinking of reinforcing the political arm of their opposition movement and to seek political guarantees for the Sunni Arab community in the new Iraq. Hashim begins by placing the Iraqi revolt in its historical context. He next profiles the various insurgent groups, detailing their origins, aims, and operational and tactical modi operandi. He concludes with an unusually candid assessment of the successes and failures of the Coalition's counter-insurgency campaign. Looking ahead, Hashim warns that ethnic and sectarian groups may soon be pitted against one another in what will be a fiercely contested fight over who gets what in the new Iraq. Evidence that such a conflict is already developing does not augur well for Iraq's future stability. Both Iraq and the United States must work hard to ensure that slow but steady success over the insurgency is not overshadowed by growing ethno-sectarian animosities as various groups fight one another for the biggest slice of the political and economic pie. In place of sensational headlines, official triumphalism, and hand-wringing, Insurgency and Counter-Insurgency in Iraq offers a clear-eyed analysis of the increasingly complex violence that threatens the very future of Iraq. 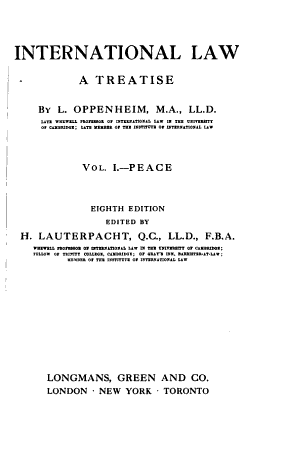 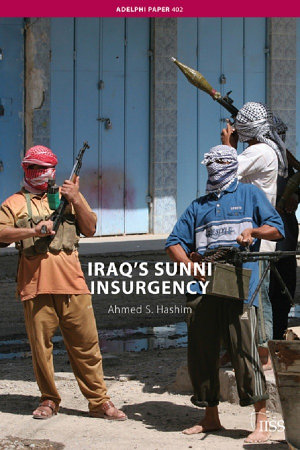 
From 2003 to 2008, the Sunni Arab insurgency in Iraq posed a key challenge to political stability in the country and to Coalition objectives there. This paper explains the onset, composition and evolution of this insurgency. It begins by addressing both its immediate and deeper sociopolitical origins, and goes on to examine the multiple ideological strands within the insurgency and their often conflicting methods and goals. Despite organisational incoherence due to the existence of a large number of competing groups, the insurgency in Iraq sustained a particularly high tempo of operations between 2004 and 2006, causing considerable military and civilian casualties. Some insurgent groups focused on attempting to foment civil war between two of Iraq’s major communities, the Sunni and Shia Arabs and, by late 2006, they had come close to unravelling Iraq and presenting the Coalition with a major defeat. The adoption of a new approach by the US in 2007 helped reduce the level of violence in Iraq. In addition, deep fissures within the insurgency itself, between those fighting for more practical, immediate goals and the transnational Islamists and their local allies fighting for wider-reaching goals – including the promotion of sectarian strife – contributed to the insurgency’s diminution. It remains to be seen whether there will be a widespread recognition among Sunni Iraqis of the need to work with the Coalition to facilitate their community’s reintegration into the new Iraqi body politic. 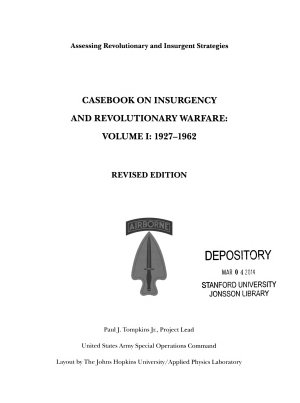 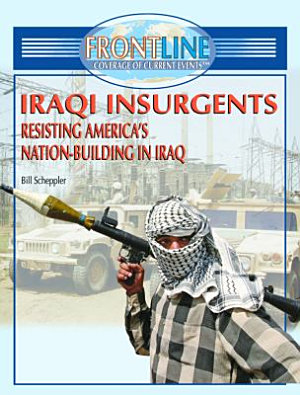 
Explains the motivation behind the primarily Sunni insurgency to preserve Baathist authority in Iraq by providing a brief history of the Iraq War and a description of the insurgents' resistance to coalition forces and the formation of a democratically elected government. 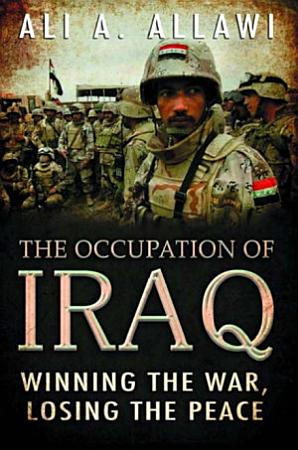 
Involved for over thirty years in the politics of Iraq, Ali A. Allawi was a long-time opposition leader against the Baathist regime. In the post-Saddam years he has held important government positions and participated in crucial national decisions and events. In this book, the former Minister of Defense and Finance draws on his unique personal experience, extensive relationships with members of the main political groups and parties in Iraq, and deep understanding of the history and society of his country to answer the baffling questions that persist about its current crises. What really led the United States to invade Iraq, and why have events failed to unfold as planned? The Occupation of Iraq examines what the United States did and didn't know at the time of the invasion, the reasons for the confused and contradictory policies that were enacted, and the emergence of the Iraqi political class during the difficult transition process. The book tracks the growth of the insurgency and illuminates the complex relationships among Sunnis, Shias, and Kurds. Bringing the discussion forward to the reconfiguration of political forces in 2006, Allawi provides in these pages the clearest view to date of the modern history of Iraq and the invasion that changed its course in unpredicted ways. 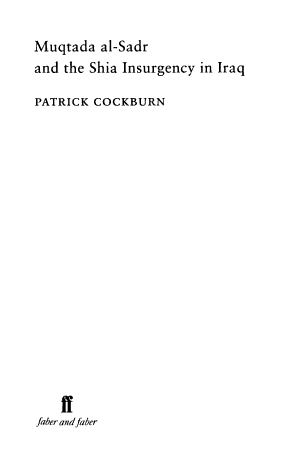 
A portrait of the formidable Shiite figure who has been predicted to be a future leader in Iraq, this book describes his rise from a resistance fighter, the assassinations of his family members, and his frequent confrontations with the American military. 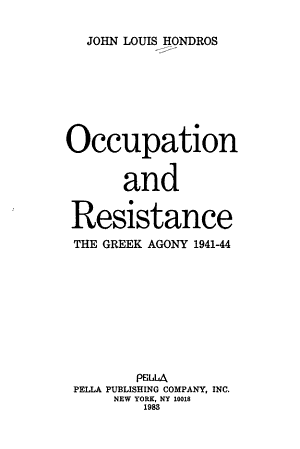