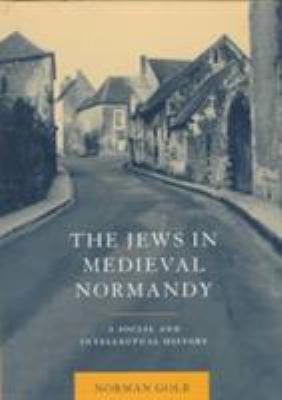 
This 1998 book is a comprehensive account of the high Hebraic culture developed by the Jews in Normandy during the Middle Ages, and in particular during the Anglo-Norman period. This culture has remained virtually unknown to the public and to the scholarly world throughout modern times, until a combination of recent manuscript discoveries and archaeological findings delineated this phenomenon for the first time. The book explores the origins of this remarkable community, beginning with topographical evidence pointing to the arrival of the Jews in Normandy as early as Roman and Gallo-Roman times, through autograph documentary testimony available in the Cairo Genizah manuscripts and early medieval Latin sources, finally using the rich manuscript evidence of twelfth- and early thirteenth-century writers which attest to the high cultural level attained by this community and to its social and political interaction with the Christian world of Anglo-Norman times and their aftermath. 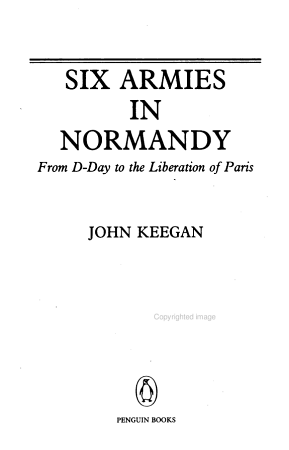 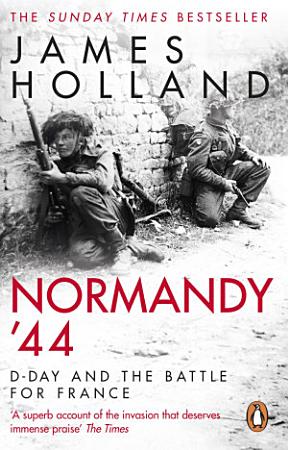 
'A superb account of the invasion that deserves immense praise. To convey the human drama of Normandy requires great knowledge and sensitivity. Holland has both in spades' The Times Renowned World War Two historian James Holland presents an entirely new perspective on one of the most important moments in recent history, unflinchingly examining the brutality and violence that characterised the campaign, and totally recalibrating our understanding of this momentous event. D-Day and the 76 days of bitter fighting in Normandy that followed have come to be seen as a defining episode in the Second World War. Its story has been endlessly retold, and yet it remains a narrative burdened by both myth and assumed knowledge. In this reexamined history, James Holland challenges what we think we know. Drawing on unseen archives and testimonies from around the world, introducing a cast of eye-witnesses from foot soldiers to bomber crews, sailors, civilians and resistance fighters. What readers are saying: ***** 'The most thorough description I have read so far. Well balanced with a real intelligent understanding of events that have been misread for years.' ***** 'Another excellent James Holland book. One of the best writers of WW2 historical books.' ***** 'A wonderful, passionate account. Painstakingly researched and fantastically written.' 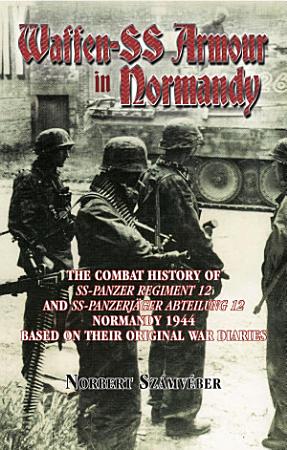 
Waffen-SS Armour in Normandy presents the combat history of SS-Panzer Regiment 12 and SS-Panzerjäger Abteilung 12 in the Battle for France from June to the end of August 1944 based on transcriptions of their original unit war diaries from the Military History Archives in Prague. Both armored units belonged to the 12.SS-Panzer Division Hitlerjugend. SS-Panzer Regiment 12 was fully equipped with Panzer IV and Panther tanks. The main AFV of SS-Panzerjäger Abteilung 12 was the Jagdpanzer IV L/48 tank destroyer. The structure of the volume is partly source publication (documents of SS-Panzer Regiment 12) and partly study (the deployment of SS-Panzerjäger Abteilung 12). The text was written and footnoted by the author based upon original wartime files in Prague that have remained almost unknown. The book starts with the story of the units' establishment and training in 1943/1944, including, for example, the shipments of equipment, orders of battle and tactical numbers of the tanks. After this introduction, a highly detailed daily chronology of the combat actions is provided, from 12.SS-Panzer Division traveling to the Caen sector to Operation Totalize and the withdrawal to the Seine River. Documents from SS-Panzer Regiment 12 presented in the book include the following: combat reports, list of knocked-out enemy tanks, German personnel and tank losses, combat orders, summary of acquired combat experiences and others. This is an impressive look at tactical-level events and command decisions, highlighting the armored combat tactics that were able to stop Montgomery's Army Group from breaking through the German lines near Caen for two months. The study includes a number of detailed maps and excellent photos. In addition, the book has benefited from the contribution of rare information, photographs and documents from the archive of noted Waffen-SS historian Mark C. Yerger. 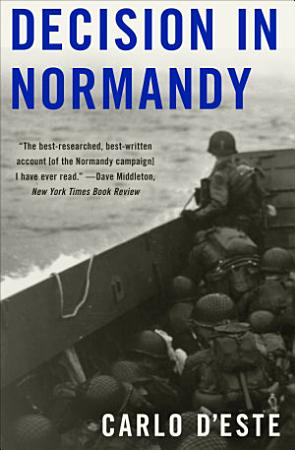 
“The best-researched, best-written account [of the Normandy Campaign] I have ever read.”—Drew Middleton, The New York Times Book Review One of the most controversial and dangerous military operations in the history of modern warfare, the battle for Normandy took over two years of planning from each country that made up the Allied forces. Mired to this day in myth and misconception, untangling the web of work that led to D-Day is nearly as daunting as the work that led to the day itself. Drawing from declassified documents, personal interviews, diaries, and more, Carlo D’Este uncovers what really happened in Normandy. From what went right to what went wrong, D’Este takes readers on a journey from the very first moment Prime Minister Churchill considered an invasion through France to the last battles of World War II. Loaded with photos, maps, and first-hand accounts, readers can trace the incredible road to victory and the intricate battles in-between. A comprehensive look into the military strategy surrounding the second World War, Decision in Normandy is an absolute essential for history buffs. 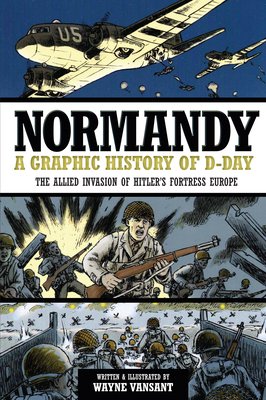 
Normandy depicts the planning and execution of Operation Overlord in 96 full-color pages. The initial paratrooper assault is shown, as well as the storming of the five D-Day beaches: Utah, Omaha, Gold, Juno, and Sword. But the story does not end there. Once the Allies got ashore, they had to stay ashore. The Germans made every effort to push them back into the sea. This book depicts the such key events in the Allied liberation of Europe as: 1. Construction of the Mulberry Harbors, two giant artificial harbors built in England and floated across the English Channel so that troops, vehicles, and supplies could be offloaded across the invasion beaches.2. The Capture of Cherbourg, the nearest French port, against a labyrinth of Gennan pillboxes.3. The American fight through the heavy bocage (hedgerow country) to take the vital town of Saint-Lô.4. The British-Canadian struggle for the city of Caen against the “Hitler Youth Division,” made up of 23,000 seventeen- and eighteen-year-old Nazi fanatics.5. The breakout of General Patton’s Third Army and the desperate US 30th Division’s defense of Mortaine.6. The Falaise Pocket, known as the “Killing Ground, ” where the remnants of two German armies were trapped and bombed and shelled into submission. The slaughter was so great that 5,000 Germans were buried in one mass grave. 7. The Liberation of Paris, led by the 2nd Free French Armored Division, which had been fighting for four long years with this goal in mind. 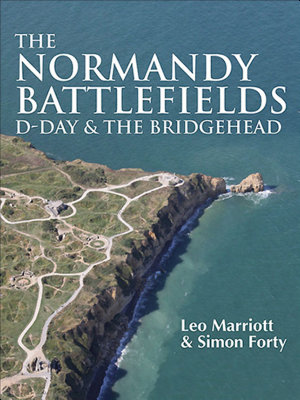 
Experience the battlefields of D-Day in this beautiful book combining historical images, full-color aerial photography, and informative text. The D-Day invasion of Nazi-occupied Normandy was the most dramatic turning point of World War II. With a combination of historic and contemporary photography, along with maps and other illustrations, The Normandy Battlefields takes readers “on-site” to the sacred battlegrounds. The armada that attacked from Britain left behind many signs of their passage. The Normandy Battlefields details what can be seen on the ground today using a mixture of media to provide a complete overview of the campaign. Maps old and new highlight what has survived and what hasn’t; then-and-now photography allows fascinating comparisons with the images taken at the time, and computer artwork provides graphic details of things that can’t be seen today. The book describes the area from Cherbourg to Le Havre by way of the key D-Day locations, providing a handbook for the visitor and an overview for the armchair traveler. It covers the forces from both sides and the memorials to those young men who fought so many years ago. 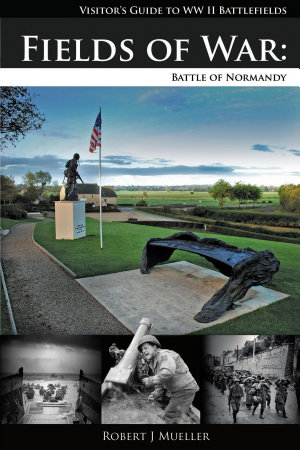 
A complete guide to Normandy Battlefields providing the history, places, and people who made victory in the Second World War possible. Recipient of 7 National book awards. On 6 June 1944, 156,000 American, British, and Canadian servicemen fought ashore on beaches along the Normandy coast or landed from the air to begin wresting back Nazi occupied Europe. The D-Day invasion was the largest amphibious landing in history. Although successful, it was only precursor to months of the deadly fighting necessary to dislodge stubborn German defenders from the Norman countryside and eventually liberate France. As a visitor s guide, Fields of War: Battle of Normandy presents the actual locations of key events in the struggle to free France from German occupation. Each battlefield visit begins with a succinct history of events followed by a description of the intense military action that determined success or failure. Extensive detailed maps illustrate the flow of the battle across the landscape and the units that participated. Detailed driving instructions and GPS co-ordinates direct visitors to each battlefield site. Descriptions of museums, memorials, cemeteries, and surviving artifacts are given along with their hours of operation. Mailing, email, and web addresses are also provided. 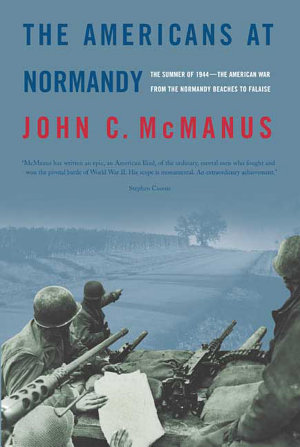 
In The Americans at D-Day, the first volume of this series, John C. McManus showed us the American experience in Operation Overlord. Now, in this succeeding volume, he does the same for the Battle of Normandy as a whole. Never before has the American involvement in Normandy been examined so thoroughly or exclusively as in The Americans at Normandy. For D-Day was only one part of the battle, and victory came from weeks of sustained effort and sacrifices made by Allied soldiers. Presented here is the American experience during that summer of 1944, from the aftermath of D-Day to the slaughter of the Falaise Gap, from the courageous, famed figures of Bradley, Patton, and Lightnin' Joe Collins to the lesser-known privates who toiled in torturous conditions for their country. What was this battle really like for these men? What drove them to fight against all sense and despite all obstacles? How and why did they triumph? Reminiscent of Cornelius Ryan's The Longest Day, The Americans at Normandy takes readers into the minds of the best American strategists, into the hearts of the infantry, into hell on earth. Engrossing, lightning-quick, and filled with real human sorrow and elation, The Americans at Normandy honors those Americans who lost their lives in foreign fields and those who survived. Here is their story, finally told with the depth, pathos, and historical perspective it deserves. At the Publisher's request, this title is being sold without Digital Rights Management Software (DRM) applied. 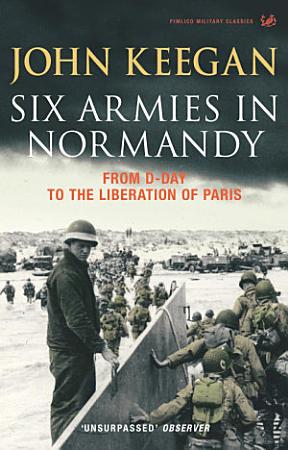 
The Allied assault on Normandy beaches was an almost flawless success, but it was to take three months of bitter fighting before the German defence of Normandy finally collapsed and Paris was liberated. In this masterly and highly individual account of that struggle, the reader is subjected to the gruelling ordeals confronted by the combatants - each encounter related from the point of view of a different nationality. While transcending conventional military history, it provides an intensely vivid picture of one of the Second World War's most crucial campaigns. 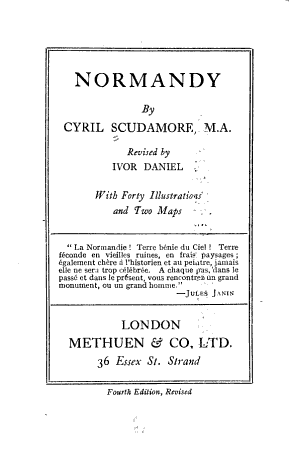 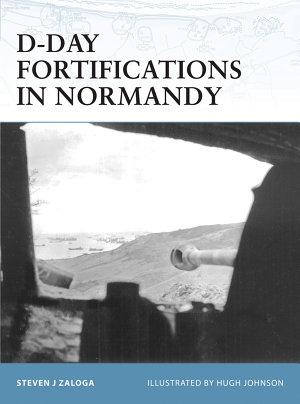 
German defenses along the Normandy beaches were part of the larger Atlantic Wall fortifications designed to defend Fortress Europe. When Field Marshal Erwin Rommel took command of the invasion front in late 1943, he began a program to enhance fortifications along the Normandy coast as he believed that any Allied assault had to be stopped on the invasion beaches themselves. His most important contribution to the defenses was an extensive program of improvised beach obstructions to complicate any landing attempt. This book analyses these fortifications and describes how the Allied forces overcame them on the morning of June 6, 1944.