1 Read eBook for: none left behind [PDF] 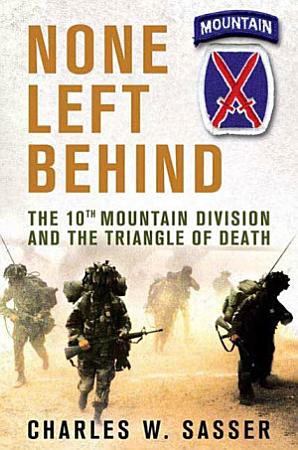 
The 10th Mountain Division is known as the most deployed unit in the U.S. Army. Today the War on Terror has drawn it to Afghanistan and Iraq. To Lieutenant Colonel Mike Infanti's unit fell the pacification of a hellish hotbed of terrorism south of Baghdad dubbed "The Triangle of Death." Of the more than three thousand Americans killed since the start of the war, over one thousand were in this region. Colonel Infanti assigned Delta Company to the most dangerous sector of the Triangle, a five-mile stretch of road that paralleled the Euphrates River in a series of blind s-curves where death stalked the Americans day and night. Delta knew they were virtually assured of getting hit on a daily basis. Each day and night became something to be dreaded and feared, exacting a heavy psychological toll on soldiers stressed to the limits of their mental and physical endurance. In the predawn of May 12, 2007, two Humvees occupied by seven soldiers and an Iraqi translator were ambushed by insurgents. When the smoke cleared, four soldiers and the translator were dead and three were missing, presumably seized by the enemy. For over a year, Delta searched for their missing comrades, never giving up hope. Their creed of battle: None Left Behind 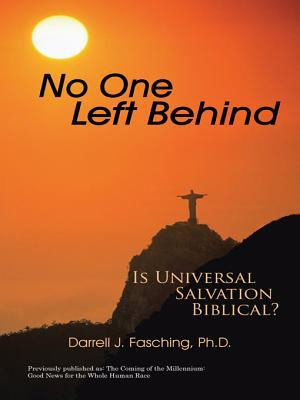 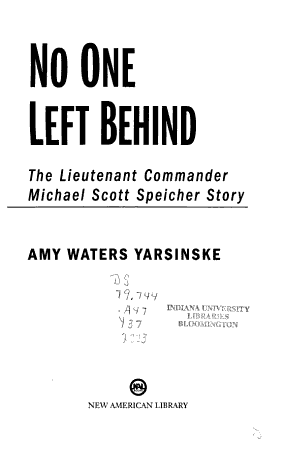 
A former intelligence officer, turns the spotlight on the case of U.S. Navy Captain Michael Scott Speicher, an American pilot believed to have been killed when his plane was shot down over Iraq who may be alive in an Iraqi jail. Reprint. 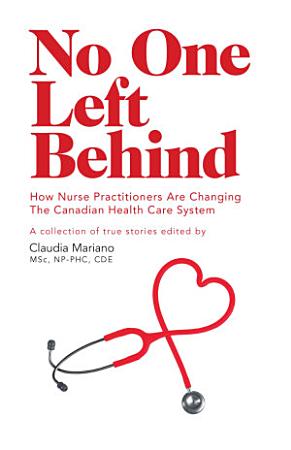 
No One Left Behind: How Nurse Practitioners Are Changing The Canadian Health Care System, is a collection of stories from NPs across Canada, sharing their most memorable experiences with patients, which clearly illustrate the critical role they play throughout the health care system. Each story is compelling and unique in its own way; true-life accounts which will take you on an emotional journey, however, one that defines a genuine passion that exists for their work. The role of an NP has evolved significantly over the years, and is in different stages of progress throughout the country. While there are still legislative and regulatory barriers which prevent Nurse Practitioners from performing their work to the full scope of their practice, their focus on patient care remains the very foundation of their profession. This book shares a variety of stories from NPs across all sectors of the health care system to provide detailed accounts of what they do. In their line of work, they are often reminded of our shared vulnerability as a society, and how that susceptibility connects us. NPs work with patients in all settings in their quest to achieve health—whatever that may mean to the patient. No One Left Behind is a moving tribute to NPs who have devoted their lives to caring for others, revisiting some of the most poignant experiences of their careers. 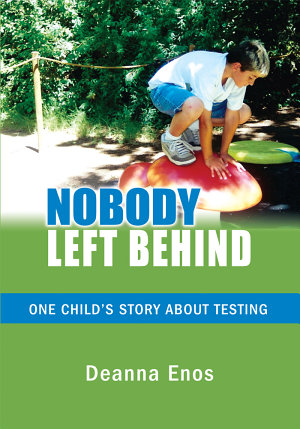 
School becomes torture for Jeff when standardized tests are introduced, but he makes a new friend who helps him overcome his fear. 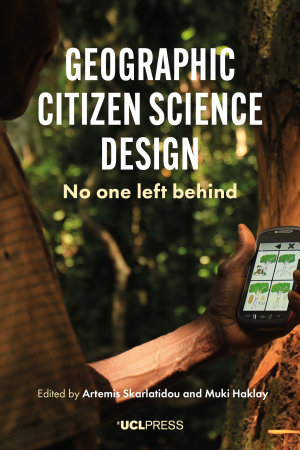 
Little did Isaac Newton, Charles Darwin and other ‘gentlemen scientists’ know, when they were making their scientific discoveries, that some centuries later they would inspire a new field of scientific practice and innovation, called citizen science. The current growth and availability of citizen science projects and relevant applications to support citizen involvement is massive; every citizen has an opportunity to become a scientist and contribute to a scientific discipline, without having any professional qualifications. With geographic interfaces being the common approach to support collection, analysis and dissemination of data contributed by participants, ‘geographic citizen science’ is being approached from different angles. Geographic Citizen Science Design takes an anthropological and Human-Computer Interaction (HCI) stance to provide the theoretical and methodological foundations to support the design, development and evaluation of citizen science projects and their user-friendly applications. Through a careful selection of case studies in the urban and non-urban contexts of the Global North and South, the chapters provide insights into the design and interaction barriers, as well as on the lessons learned from the engagement of a diverse set of participants; for example, literate and non-literate people with a range of technical skills, and with different cultural backgrounds. Looking at the field through the lenses of specific case studies, the book captures the current state of the art in research and development of geographic citizen science and provides critical insight to inform technological innovation and future research in this area. 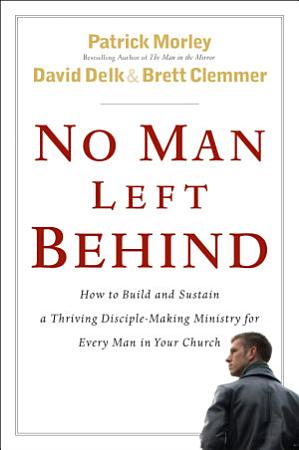 
David Murrow's book, Why Men Hate Going to Church, has heightened awareness of an epidemic--Patrick Morley offers the solution. No Man Left Behind is the blueprint for growing a thriving men's ministry that has the power to rebuild the church as we know it, pulling men off the couch and into active involvement as part of the body of Christ.


Australia was one of 193 countries that came together at the high-level United Nations (UN) Sustainable Development Summit in New York in September 2015 to commit to achieve the 2030 Agenda for Sustainable Development and its 17 Sustainable Development Goals (SDGs). The SDGs are a universal agenda, and their implementation is the shared responsibility of all countries at all stages of development, including OECD nations like Australia.Following a 2018 parliamentary inquiry into Australia's SDG implementation, the Morrison Government and the Department of Prime Minister and Cabinet (PMAC) will require up-to-date knowledge on international best practice in governance, policy and planning for SDG implementation to inform its response to the 18 recommendations issued by the Australian Senate's Foreign Affairs and Trade References Committee in February 2019.It is critical that the Australian government takes leadership in the implementation of the SDGs in part because of the political and constitutional peculiarities of Australia's federal system of government.Only the Commonwealth has the capacity and authority to coordinate the various State and Territory jurisdictions and Local Government bodies.To date implementation of the SDG agenda has lacked leadership, prioritisation and coordination in Australia. Despite submitting its first Voluntary National Report under the SDGs in 2019, the Australian Government is yet to release a national SDG plan of action.The lack of planning and accountability mechanisms and lack of linked financing in the national budget are symptomatic of a deeper problem. In short an apparent lack of political will has meant that the SMART goal logic1 [1, 2] that many government agencies use for operationalising policy in an array of contexts is simply not present when it comes to the advancement of SDG implementation in Australia.


He lurks in the abandoned subway tunnels under New York City. An Ex-Marine who was left to die in the jungles of Vietnam by his commanding officer back in 1975. Forty years later. Homicide Detective Iris Williams thought she'd seen it all until she and her partner Detective Annette Toni are called In to investigate the murder of an entire family. The case becomes a nightmare for the detectives as they crawl deeper and deeper into the mind of a man that the media is calling, THE PIGGYBACK KILLER.