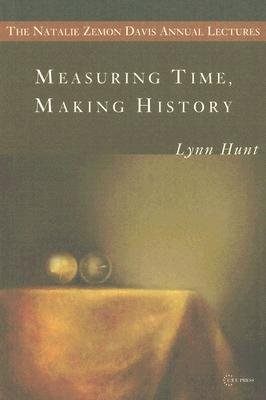 
Time is the crucial ingredient in history, and yet historians rarely talk about time as such. These essays offer new insight into the development of modern conceptions of time, from the Christian dating system (BC/AD or BCE/CE) to the idea of “modernity” as a new epoch in human history. Are the Gregorian calendar, world standard time, and modernity itself simply impositions of Western superiority? How did the idea of stages of history culminating in the modern period arise? Is time really accelerating? Can we—should we—try to move to a new chronological framework, one that reaches back to the origins of humans and forward away or beyond modernity? These questions go to the heart of what history means for us today. Time is now on the agenda. 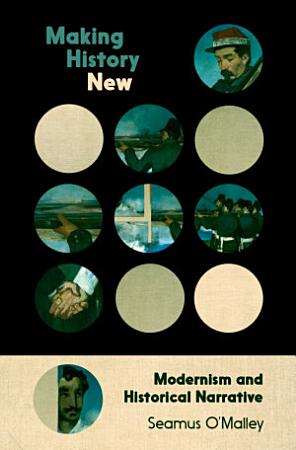 
O'Malley explores how several British modernists applied the experimental methods of literary modernism to the writing of narrative history and historical novels. The historical novel is usually assumed to be only a concern of either nineteenth-century realism or postmodernism, but the historical texts of Joseph Conrad, Ford Madox Ford, and Rebecca West evidence a modernist obsession with historical narrative. 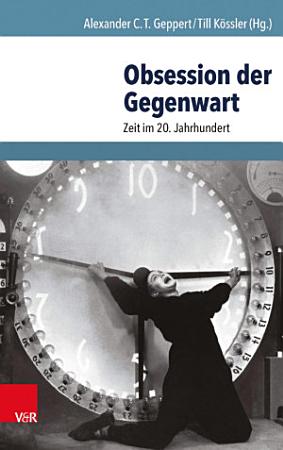 
Time is an obsession of the present, yet current debates seem largely unaware of its historical formation throughout the twentieth century. Given a century characterized by frequent ruptures and supersessions of competing temporal regimes, it is remarkable that time has not played a more central role in its historicisation, neither as analytical category nor thematic research subject. The nine articles in this special issue, set in Germany, England, Spain and Japan, pursue both perspectives. On the one hand they examine the conceptual role, function and importance of ›time‹ in and for the writing of history; on the other they analyse changing régimes d'historicité and the transformation of time practices empirically. Criticising established standard narratives of a global ›standardization‹ of time or its relentless ›acceleration‹, this volume rather emphasizes the pluritemporality of the twentieth century and foregrounds the historical preconditions of our digitally-driven present-day simultaneities. Thus, it explores the possibilities of the historicisation of ›time‹ as a fundamental category for thinking the twentieth century and offers a building block for a new ›time-history‹. 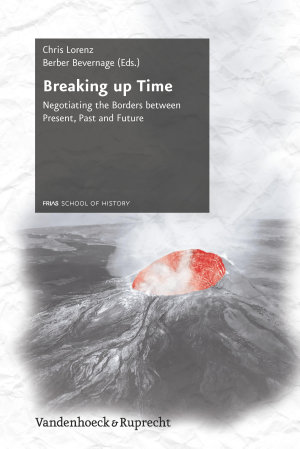 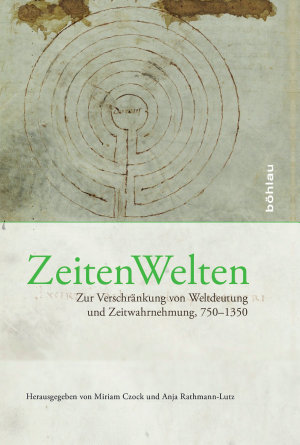 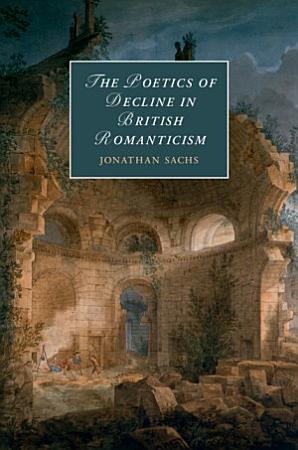 
Offers fresh understanding of British Romanticism by exploring how anxieties about decline impacted debates about literature's form and meaning. 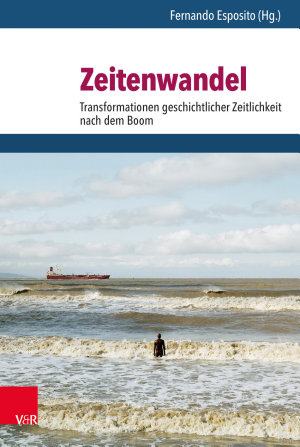 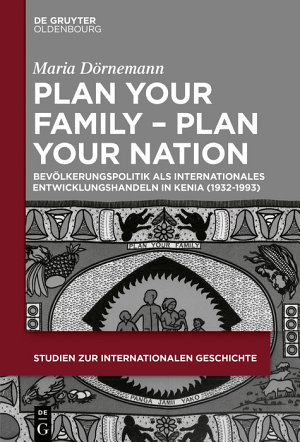 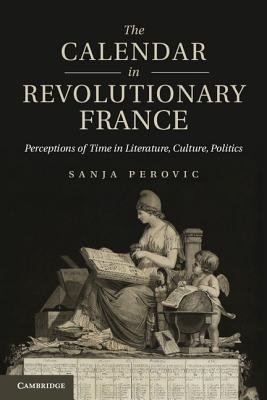 
"One of the most unusual decisions of the leaders of the French Revolution - and one that had immense practical as well as symbolic impact - was to abandon customarily accepted ways of calculating date and time to create a revolutionary calendar. The experiment lasted from 1793 to 1805 and prompted all sorts of questions about the nature of time, ways of measuring it, and its relationship to individual, community, communication and creative life. This study traces the course of the revolutionary calendar, from its cultural origins to its decline and fall. Tracing the parallel stories of the calendar and the literary genius of its creator, Sylvain Marâechal, from the Enlightenment to the Napoleonic era, Sanja Perovic reconsiders the status of the French Revolution as the purported 'origin' of modernity, the modern experience of time and the relationship between the imagination and political action"-- 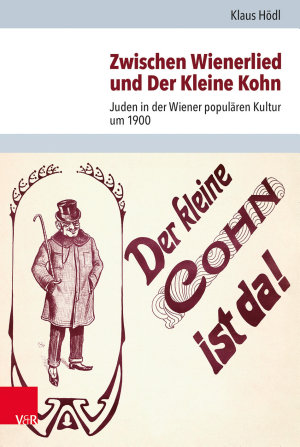 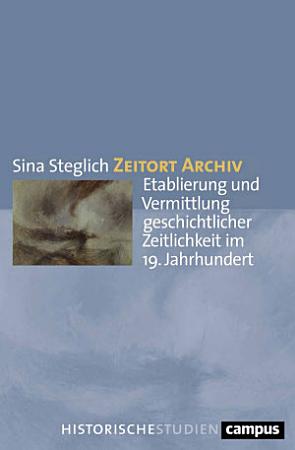 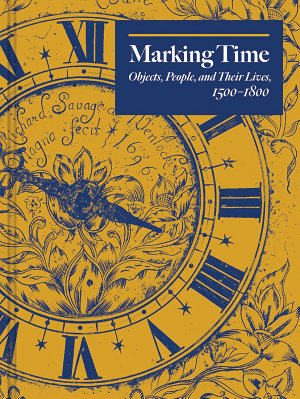 
An engaging, encyclopedic account of the material world of early modern Britain as told through a unique collection of dated objects The period from 1500 to 1800 in England was one of extraordinary social transformations, many having to do with the way time itself was understood, measured, and recorded. Through a focused exploration of an extensive private collection of fine and decorative artworks, this beautifully designed volume explores that theme and the variety of ways that individual notions of time and mortality shifted. The feature uniting these more than 450 varied objects is that each one bears a specific date, which marks a significant moment—for reasons personal or professional, religious or secular, private or public. From paintings to porringers, teapots to tape measures, the objects—and the stories they tell—offer a vivid sense of the lived experience of time, while providing a sweeping survey of the material world of early modern Britain. 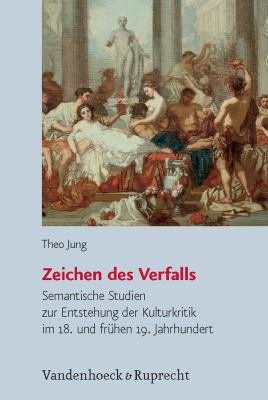 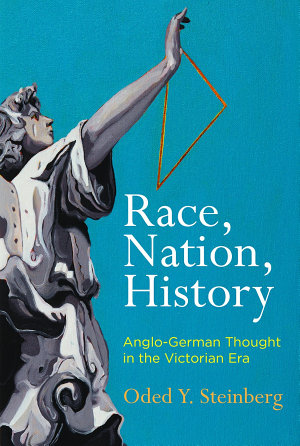 
In Race, Nation, History, Oded Y. Steinberg examines the way a series of nineteenth-century scholars in England and Germany first constructed and then questioned the periodization of history into ancient, medieval, and modern eras, shaping the way we continue to think about the past and present of Western civilization at a fundamental level. Steinberg explores this topic by tracing the deep connections between the idea of epochal periodization and concepts of race and nation that were prevalent at the time—especially the role that Germanic or Teutonic tribes were assumed to play in the unfolding of Western history. Steinberg shows how English scholars such as Thomas Arnold, Williams Stubbs, and John Richard Green; and German scholars such as Christian Karl Josias von Bunsen, Max Müller, and Reinhold Pauli built on the notion of a shared Teutonic kinship to establish a correlation between the division of time and the ascent or descent of races or nations. For example, although they viewed the Germanic tribes' conquest of the Roman Empire in A.D. 476 as a formative event that symbolized the transformation from antiquity to the Middle Ages, they did so by highlighting the injection of a new and dominant ethnoracial character into the decaying empire. But they also rejected the idea that the fifth century A.D. was the most decisive era in historical periodization, advocating instead for a historical continuity that emphasized the significance of the Germanic tribes' influence on the making of the nations of modern Europe. Concluding with character studies of E. A. Freeman, James Bryce, and J. B. Bury, Steinberg demonstrates the ways in which the innovative schemes devised by this community of Victorian historians for the division of historical time relied on the cornerstone of race. 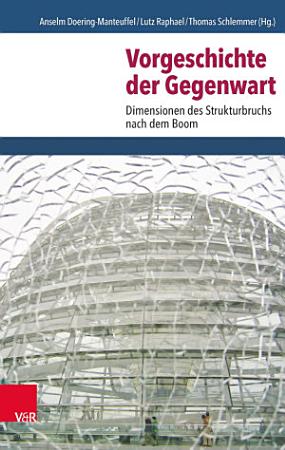 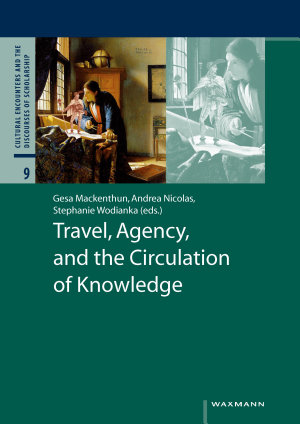 
Ever since the Gilgamesh epic and Homer's Odyssey, stories of travel and adventure, whether 'fictional', 'factual', or a mix of both, have been crucial to the collective self-definition of human societies. Since the early modern period and the increased frequency of cross-cultural encounters, the literary motif of the journey became a significant ingredient of colonial imagination. The ideology of adventure, crucial to many works of literature, pervades Western discourses of economic expansion and scientific discovery, while anthropologists, seeking to document indigenous story traditions, encountered an oral archive not unlike that of their own. Travelistic texts (by 'culture heroes', explorers, colonial agents, missionaries, scientific explorers, refugees, and foreign visitors) often provide the semantic repertoire for descriptions of 'exotic' spaces and populations. The knowledge gained through physical encounters during journeys to foreign lands often functions to revise inherited ideas about 'cultures' - those of others as well as one's own. The topics 'travel' and 'travel writing' therefore invite us to address questions of reliability and verifiability. This volume brings together experts from diverse disciplines and places around the globe whose work is concerned with the phenomenon and discourse of travel, transculturation, and the cross-cultural production of knowledge. The contributions reflect the recent shift in travel scholarship toward including the study of ideological conflicts within Europe's 'imperial gaze', as well as attempts at tracing the perspective of Europe's 'others', which frequently challenged colonial certainties and claims to intellectual supremacy. 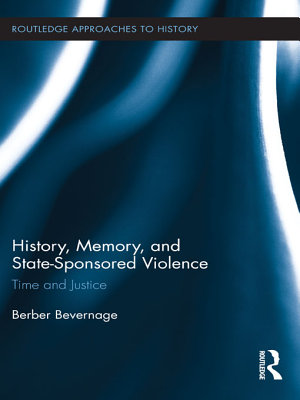 
Modern historiography embraces the notion that time is irreversible, implying that the past should be imagined as something 'absent' or 'distant.' Victims of historical injustice, however, in contrast, often claim that the past got 'stuck' in the present and that it retains a haunting presence. History, Memory, and State-Sponsored Violence is centered around the provocative thesis that the way one deals with historical injustice and the ethics of history is strongly dependent on the way one conceives of historical time; that the concept of time traditionally used by historians is structurally more compatible with the perpetrators' than the victims' point of view. Demonstrating that the claim of victims about the continuing presence of the past should be taken seriously, instead of being treated as merely metaphorical, Berber Bevernage argues that a genuine understanding of the 'irrevocable' past demands a radical break with modern historical discourse and the concept of time. By embedding a profound philosophical reflection on the themes of historical time and historical discourse in a concrete series of case studies, this project transcends the traditional divide between 'empirical' historiography on the one hand and the so called 'theoretical' approaches to history on the other. It also breaks with the conventional 'analytical' philosophy of history that has been dominant during the last decades, raising a series of long-neglected 'big questions' about the historical condition – questions about historical time, the unity of history, and the ontological status of present and past –programmatically pleading for a new historical ethics.