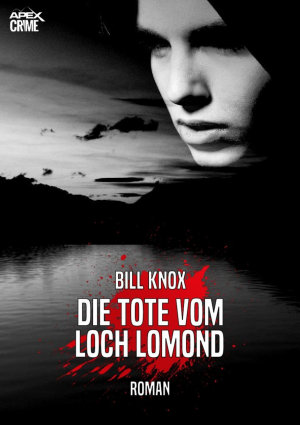 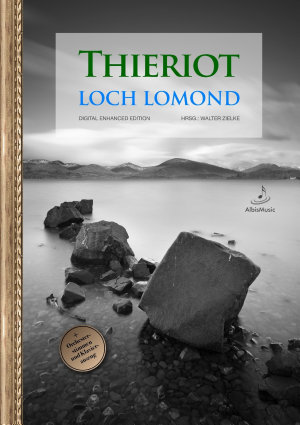 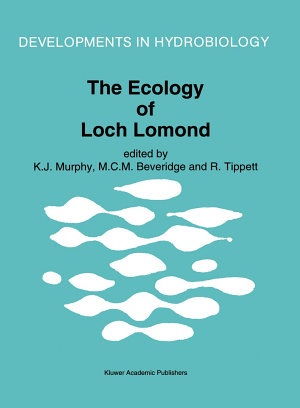 
Loch Lomond has long held a special place in the hearts of all the people of Scotland not only for its historic significance but also for the beauty of its countryside. Less widely known is the ecological importance of the area. It is the largest stretch of freshwater in Britain and the only loch to be crossed by the Highland Boundary Fault, one of the country's most important geological features. The University of Glasgow has recognized the importance of this loch situated so near the main campus and has operated a field station on its shores since 1948. In the mid-1960s the field station was re-established at Rowardennan as an all-year-round facility with laboratory and living accommodation for resident research workers and visiting field courses. In 1992 a symposium was held to celebrate the 25th anniversary of the opening of the new station and this volume presents the proceedings of that symposium and gives the state of the present knowledge of Loch Lomond. After an introduction to Loch Lomond, the papers are divided into three sections. Section I: The physical and chemical environment of Loch Lomond and its catchment. Section II: The biology and ecology of Loch Lomond and its catchment, and Section III: Issues affecting Loch Lomond and its catchment. 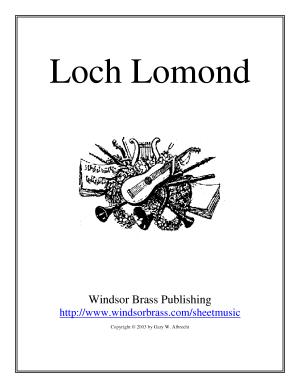 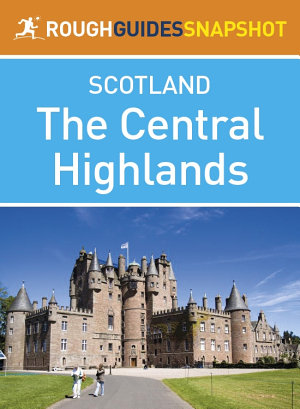 
The Rough Guide Snapshot The Central Highlands is the ultimate travel guide to this dramatic part of Scotland. It guides you through the region with reliable information and comprehensive coverage of all the sights and attractions, from Speyside to Royal Deeside and Loch Lomond to the Cairngorms. Detailed maps and up-to-date listings pinpoint the best cafés, restaurants, hotels, shops, pubs and bars, ensuring you have the best trip possible, whether passing through, staying for the weekend or longer. Also included is the Basics section from the Rough Guide to Scottish Highlands and Islands, with all the practical information you need for travelling in and around this beautiful region of Scotland, including transport, food, drink, costs, health, festivals and outdoor activities. Also published as part of the Rough Guide to Scottish Highlands and Islands. Full coverage: Loch Lomond, the West Highland Way, the Trossachs, Dunkeld, Aberfeldy, Loch Tay, Pitlochry, Rannoch Moor, the Angus glens, Deeside, Balmoral, Braemar, the Don Valley, Strathspey, Aviemore, the Cairngorms and Speyside. (Equivalent printed page extent 88 pages). 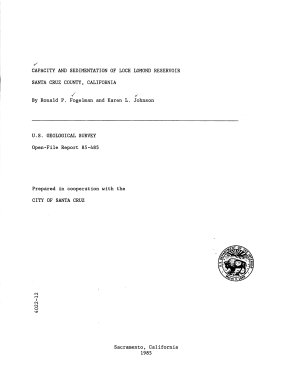 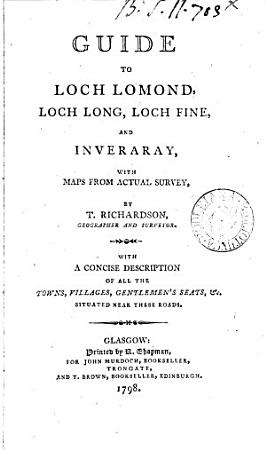 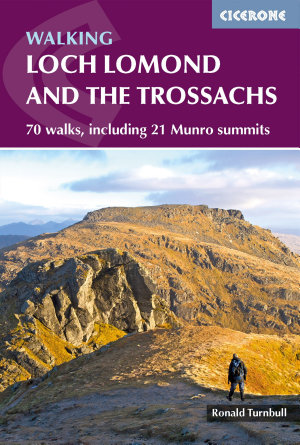 
Guidebook to over 70 walking routes in the hills of Loch Lomond and the Trossachs National Park. The routes range from 1 to 17 miles, and are clearly graded for distance and difficulty, as well as dividing between low-level, mid-level and mountain walks. Each of the area's 21 Munros are included, as well as plenty of Corbetts and Grahams. From short, loch-side strolls suitable for all walkers, to long, challenging mountain routes with rocky scrambling, including all three peaks of the Cobbler, the Loch Lomond and Trossachs hills have plenty to offer. The walks in this guide are divided into areas: the Trossachs, Callander and Loch Lubnaig, Balquhidder and Lochearnhead, Crianlarich to Inveraran, Tyndrum, Ben Lomond, Loch Lomond West, Arrochar Alps and Glen Croe to Loch Goil. This guidebook includes plenty of background information on the area, practical information on getting to and around the region's walks, advice on accommodation, what equipment to take, when to go, as well as interesting details on the schist rock that makes the hills, and important information on access in the hills and on Scottish estates. 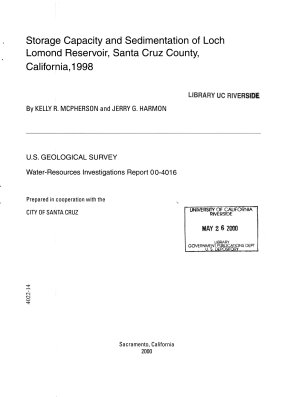 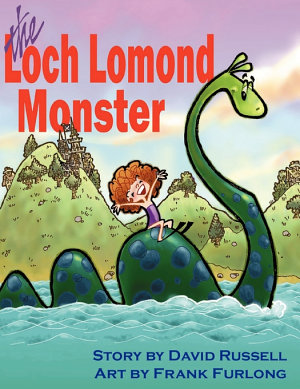 
THE LOCH LOMOND MONSTER 1997 - Glasgow, Scotland. When we visited our daughter and granddaughter we would stay at Jury's Hotel, with its large swimming pool, where Rebecca liked to dive off Pop-Pop's shoulders. 1996 - Dumbarton, Scotland. Granddaughter Rebecca lived 8 miles from Loch Lomond. One day after reading about Nessie, the Loch Ness Monster, Becky asked, "Grandpa, why can't Loch Lomond have a monster like Nessie?" I asked what she would call it. Her reply was "Lommie." 1993 - Hollywood, Ca. Grandson Aaron was into Knights and Swords; dressing in a knight costume and carrying a gold painted sword. 1974 - Hollywood, Ca. We produced a "King Kong" TV Spot for VW. Our daughter, Mara, later Rebecca's mother was an extra. 1942 - Brooklyn, NY. Ringling Brothers traveled its circus to large, empty lots; one near where I lived. Helping raise the Big Top earned you a free ticket. Shoveling Elephant droppings got a better seat, close to the huge Ape, Gargantua, in his oversized "steel cage." 1938 - Brooklyn, NY. Every Saturday Morning a quarter bought a handful of candy and a double feature at the movies beginning with an adventure series such as "Tim Tyler's Luck." There one day, I saw "King Kong," 5 times. 60 years later all that which had been long percolating finally poured out. "The Loch Lomond Monster" came to life in an adventure where his best friend Becky and her cousin Sir Aaron rescue Lommie from the Scheming Scot. MEET DAVID & FRANK Author David Russell and Illustrator Frank Furlong first teamed 30 years ago, initially to produce animated TV commercials for the U.S. and for Mexico. Their work led to being invited to produce a series of High School/Jr. College films for the Office of Education/HEW. From there, Russell went on to become a principal in a Special Effects company making commercials for clients such as the Pillsbury Doughboy, Speedy Alka Seltzer and Chuck Wagon, plus producing effects for the "Fantasy Island" show and NBC's Bible series. Furlong's busy Animation Director career, included work for "Sesame Street" and many commercials. Later, he drew the backgrounds for two series, "Bobby's World" and "Angry Beavers." Now retired, David and Frank have teamed again with their goal to publish children's picture books of stories and poetry. Their first book, "Pop-Pop's Magic Chair," is now available through the E-Catalogues of Amazon and Barnes&Noble, as an E-Book, or through their website at www.booksbyallmeans.com. "The Loch Lomond Monster" is next. 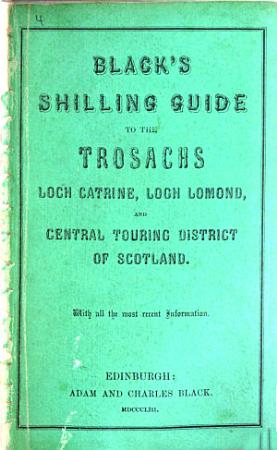 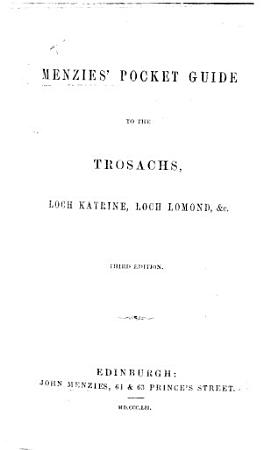