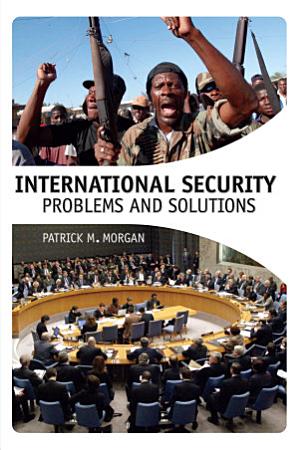 
Conflict--be it war between states, ethnic violence, civil war, or terrorist activity--endures, despite immense efforts to end it. How do states cope with conflict, minimize future threats, and reduce the risk of insecurity? Morgan outlines a spectrum of solutions states use to manage violent conflict, ranging from strategies that individual governments enact largely on their own, such as distribution of power, deterrence, or arms control, to those such as collective security and multilateralism that are more global in nature. The book progresses into tactical and practical actions, from negotiation and mediation to peace imposition. Morgan evaluates each strategy and tactic in terms of how well it addresses three levels of security--systemic, state, and societal--to show how they are interrelated and complementary to each other in important ways. Addressing insecurity at one level often elicits further insecurity at another. Morgan shows students how these various levels interact-either to a state’s advantage or to its detriment-so they can comprehensively analyze the ways that political actors manage (or incite) conflict. Useful pedagogical features help students master the material: Terms and Concepts boxes go beyond simple definitions and provide students with a concept’s evolution over time or the controversy surrounding the meaning of a certain term. Cases and Context boxes offer needed background and interesting detail about pivotal cases of conflict, both historical and contemporary in nature. Key terms are bolded throughout and compiled in a glossary. Annotated bibliographic essays at the end of each chapter point students to additional sources for further study. 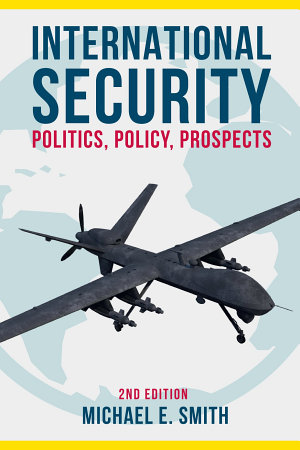 
This text introduces the politics of security: how and why issues are interpreted as security threats and how such threats are managed. It now includes an additional chapter on cyber security, but retains the same approach that gives readers the conceptual tools and knowledge of real-world problems required for a systematic approach to the subject. 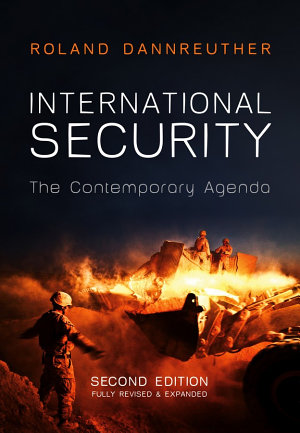 
International Security is a cutting-edge analysis of the key security challenges and developments in the post-Cold War world. Drawing on a wide range of contemporary examples, from the Iraq war to the rise of China, it is an essential guide for students and policy makers seeking to understand the theoretical and empirical debates over the fast-changing nature of international security today. The book is organized into four main parts. Part 1 provides an analytical framework for the book, identifying the most significant post-Cold War shifts in international security and recent theoretical developments in security studies. Part 2 analyses the root causes for contemporary warfare, the dilemmas and debates over military intervention, and the role played by the UN, NATO and other organizations in maintaining international peace and security. Part 3 assesses the challenges of environmental security, including the threat of resource-based conflict, most notably over oil and water, and the perceived security challenges of international migration. Part 4 discusses the new security challenges posed by international terrorism, the proliferation of weapons of mass destruction, and cyber warfare. It explores the strategies and policies adopted by the United States, particularly in the aftermath of 9/11 and assesses the implications of the rise of China and other emerging powers. This book will be essential reading for students and analysts of international relations, international security and strategic studies. 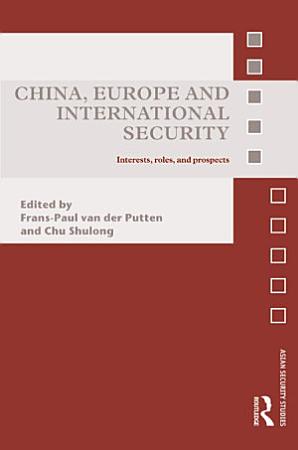 
This book examines the roles played by China and Europe in the domain of international security in the 21st century. Bringing together Chinese and European expertise on the Sino-European Security relationship , this book positions Europe - both the EU and the major national actors - and China in a global security context. It offers not merely an elaboration of the theme of bilateral security relations, but also introduces a wider view on Europe and China as global security actors. The chapters cover four main themes: the perceptions of and actual relations between Europe and China as security actors; relations of China and Europe with third parties such as the US, Russia, and Iran; Europe and China as actors in multilateral security approaches; Europe and China as (potential) security actors in each other’s technological domain or region. Given the increasingly prominent roles that both China and Europe play in international security as permanent members of the UN Security Council (in the European case, through the informal and partial representation of the UK and France), through their extensive global economic interests, and their important relations with the USA, this book provides a timely examination of the current state and future developments in the Sino-European relationship. This book will be of much interest to students of international security, Chinese politics, EU studies and IR in general. 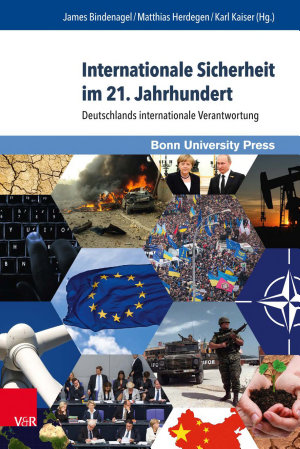 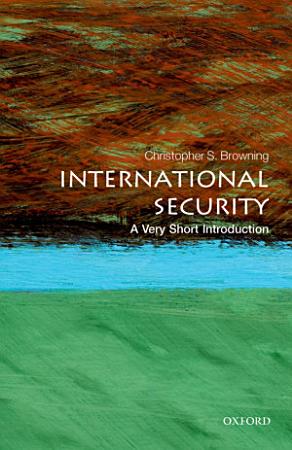 
The subject of international security is never out of the headlines. The subjects of war and peace, military strategy, the proliferation of nuclear weapons and revisionist states remain central to the discussion, but burgeoning concerns such as climate change, migration, poverty, health, and international terrorism have complicated the field. So what really matters? The traditional prioritization of state security or the security needs of individuals, humanity, and the biosphere? And where do the problems lie? Are states themselves as much a part of the problem as the solution for people's security needs? With globalization, the international security environment has become more interdependent than ever before with the establishment of complex networks that make responding to and managing security challenges increasingly difficult, but increasingly necessary. This Very Short Introduction shows that international security is both vibrant and deeply contested, with stakeholders frequently in disagreement over questions of priority and approach. Christopher S. Browning outlines the nature of the key debates about contemporary international security challenges, and discusses the inherent difficulties that exist in tackling them. He also asks to what extent such debates are infused with questions of power, politics, justice, morality, and responsibility. ABOUT THE SERIES: The Very Short Introductions series from Oxford University Press contains hundreds of titles in almost every subject area. These pocket-sized books are the perfect way to get ahead in a new subject quickly. Our expert authors combine facts, analysis, perspective, new ideas, and enthusiasm to make interesting and challenging topics highly readable. 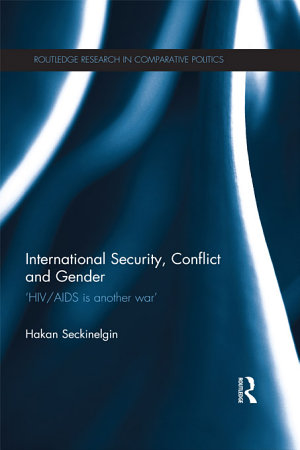 
This book challenges the conventional security-based international policy frameworks that have developed for dealing with HIV/AIDS during and after conflicts, and examines first-hand evidence and experiences of conflict and HIV/AIDS. Since the turn of the century international policy agenda on security have focused on HIV/AIDS only as a concern for national and international security, ignoring people's particular experiences, vulnerabilities and needs in conflict and post-conflict contexts. Developing a gender-based framework for HIV/AIDS-conflict analysis, this book draws on research conducted in Burundi to understand the implications of post-conflict demobilization and reintegration policies on women and men and their vulnerability to HIV/AIDS. By centring the argument on personal reflections, this work provides a critical alternative method to engage with conflict and HIV/AIDS, and a much richer understanding of the relationship between the two. International Security, Conflict and Gender will be of interest to students and scholars of healthcare politics, security and governance. 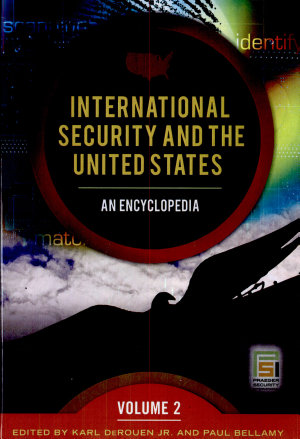 
Covering countries from Angola to Venezuela, this comprehensive two-volume encyclopedia will provide students, professionals, and the interested public with up-to-date assessment of global destabilization and threats to US interests. 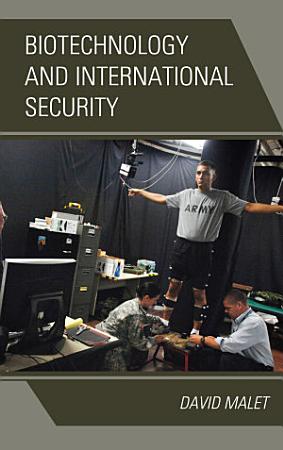 
This book contextualizes the militarization of biotechnology by examining its strategic uses throughout history, how genetic engineering has changed the nature of bioweapons, and its impact on warfare and security. 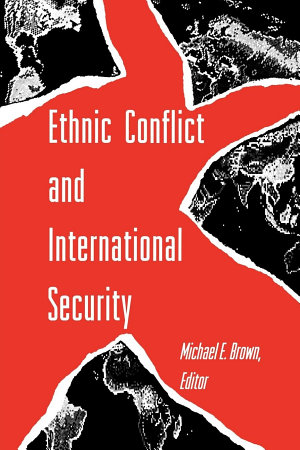 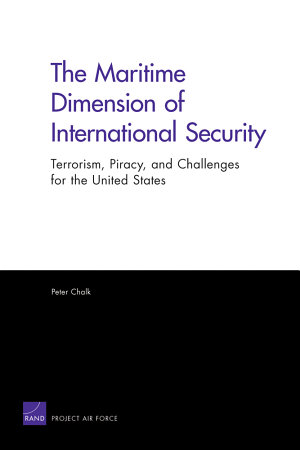 
The vast size and highly unregulated nature of the world's waterways have made the maritime environment an increasingly attractive theater for perpetrators of transnational violence. Piracy and sea-borne terrorism have been on the rise since 2000. While the United States has spearheaded several important initiatives to improve maritime security, the author urges policymakers to consider four additional measures to safeguard the world's oceans. 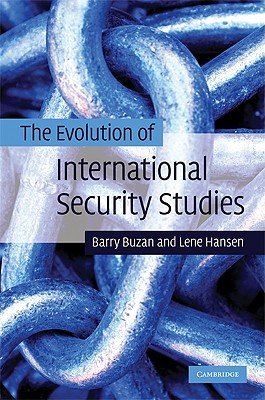 
The first intellectual history of International Security Studies since 1945, providing an unparalleled survey for students and scholars.