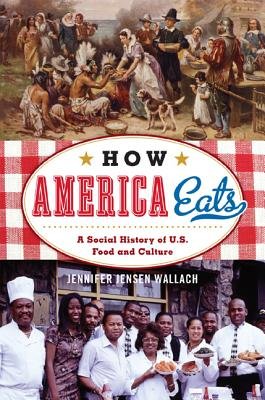 
How America Eats: A Social History of U.S. Food and Culture tells the story of America by examining American eating habits, and illustrates the many ways in which competing cultures, conquests and cuisines have helped form America s identity, and have helped define what it means to be American." 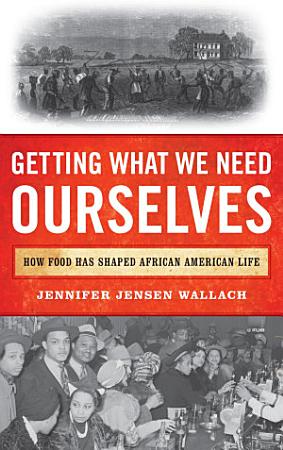 
This multi-generational story begins before the transatlantic slave trade in West Africa and ends with a discussion of contemporary African American vegans. Demonstrating that food has been both a tool of empowerment and a weapon of white supremacy, this study documents the symbolic power of food alongside an ongoing struggle for food access. 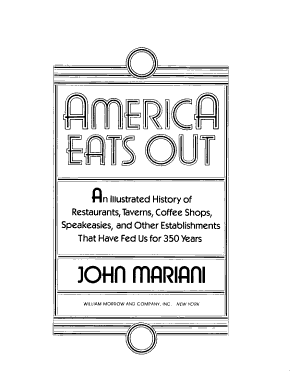 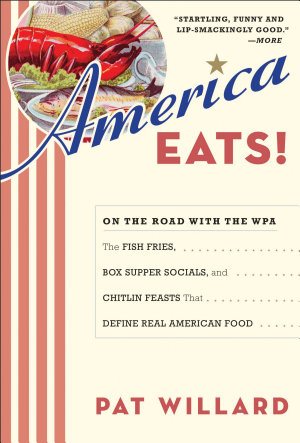 
Pat Willard takes readers on a journey into the regional nooks and crannies of American cuisine where WPA writers-including Eudora Welty, Saul Bellow, Ralph Ellison, and Nelson Algren, among countless others-were dispatched in 1935 to document the roots of our diverse culinary cuisine. America Eats!, as the project was entitled, was never published. With the unpublished WPA manuscript as her guide, Willard visits the sites of American foods past glory to explore whether American traditional cuisine is still as healthy and vibrant today as it was then. 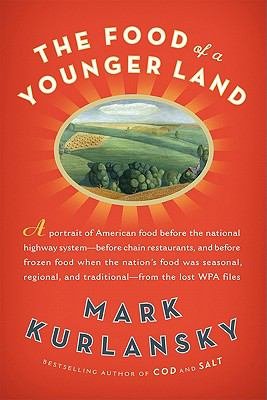 
Recommended by Chef José Andrés on The Drew Barrymore Show! A remarkable portrait of American food before World War II, presented by the New York Times-bestselling author of Cod and Salt. Award-winning New York Times-bestselling author Mark Kurlansky takes us back to the food and eating habits of a younger America: Before the national highway system brought the country closer together; before chain restaurants imposed uniformity and low quality; and before the Frigidaire meant frozen food in mass quantities, the nation's food was seasonal, regional, and traditional. It helped form the distinct character, attitudes, and customs of those who ate it. In the 1930s, with the country gripped by the Great Depression and millions of Americans struggling to get by, FDR created the Federal Writers' Project under the New Deal as a make-work program for artists and authors. A number of writers, including Zora Neale Hurston, Eudora Welty, and Nelson Algren, were dispatched all across America to chronicle the eating habits, traditions, and struggles of local people. The project, called "America Eats," was abandoned in the early 1940s because of the World War and never completed. The Food of a Younger Land unearths this forgotten literary and historical treasure and brings it to exuberant life. Mark Kurlansky's brilliant book captures these remarkable stories, and combined with authentic recipes, anecdotes, photos, and his own musings and analysis, evokes a bygone era when Americans had never heard of fast food and the grocery superstore was a thing of the future. Kurlansky serves as a guide to this hearty and poignant look at the country's roots. From New York automats to Georgia Coca-Cola parties, from Arkansas possum-eating clubs to Puget Sound salmon feasts, from Choctaw funerals to South Carolina barbecues, the WPA writers found Americans in their regional niches and eating an enormous diversity of meals. From Mississippi chittlins to Indiana persimmon puddings, Maine lobsters, and Montana beavertails, they recorded the curiosities, commonalities, and communities of American food. 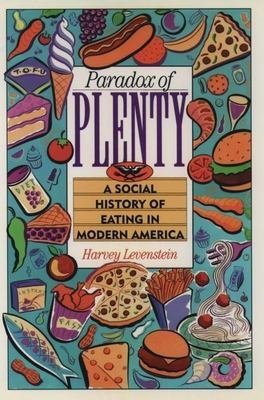 
America has always been blessed with an abundance of food, but when it comes to the national diet, it is a land of stark contrast and paradox. In the early months of the Depression, for instance, there were 82 breadlines in New York City alone, and food riots broke out in such places as Henryetta, Oklahoma, and England, Arkansas. Yet at the same time, among those who were better-off, absurd weight-loss diets were the rage - the Pineapple-and-Lamb-Chop Diet, the "Mayo Diet" of raw tomatoes and hard-boiled eggs, and even a Coffee-and-Donuts Diet. Why do Americans eat what they eat? And why, in a land of plenty, do so many eat so poorly? In Paradox of Plenty, Harvey Levenstein offers a sweeping social history of food and eating in America, exploring the economic, political, and cultural factors that have shaped the American diet from 1930 to the present. Levenstein begins with the Great Depression, describing the breadlines and the slim-down diets, the era's great communal eating fests - the picnics, barbecues, fish fries, and burgoo feasts - and the wave of "vitamania" which swept the nation before World War II, breeding fears that the national diet was deficient in the so-called "morale vitamin." He discusses wartime food rationing and the attempts of Margaret Mead and other social scientists to change American eating habits, and he examines the postwar "Golden Age of American Food Processing," when Duncan Hines and other industry leaders convinced Americans that they were "the best-fed people on Earth." He depicts the disillusionment of the 1960s, when Americans rediscovered hunger and attacked food processors for denutrifying the food supply, and he shows how President Kennedy helped revive the mystique of French food (and how Julia Child helped demystify it). Finally, he discusses contemporary eating habits, the national obsession with dieting, cholesterolphobia, "natural" foods, the demographics of fast-food chains, and the expanding role of food processors as a source of nutritional information. Both colorful and informative, Paradox of Plenty is the sequel to Levenstein's highly acclaimed Revolution at the Table, which chronicled American eating habits from 1880 to 1930. With this volume he establishes his reputation as the leading historian of the American diet. 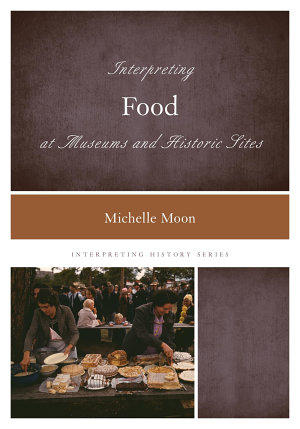 
Food is such a friendly topic that it’s often thought of as a “hook” for engaging visitors – a familiar way into other topics, or a sensory element to round out a living history interpretation. But it’s more than just a hook – it’s a topic all its own, with its own history and its own uncertain future, deserving of a central place in historic interpretation. With audiences more interested in food than ever before, and new research in food studies bringing interdisciplinary approaches to this complicated but compelling subject, museums and historic sites have an opportunity to draw new audiences and infuse new meaning into their food presentations. You’ll find: A comprehensive, thematic framework of key concepts that will help you contextualize food history interpretations; A concise, evaluative review of the historiography of food interpretation; Case studies featuring the expression of these themes in the real world of museum interpretation; and Best practices for interpreting food. Interpreting Food offers a framework for understanding the big ideas in food history, suggesting best practices for linking objects, exhibits and demonstrations with the larger story of change in food production and consumption over the past two centuries – a story in which your visitors can see themselves, and explore their own relationships to food. This book can help you develop food interpretation with depth and significance, making relevant connections to contemporary issues and visitor interests. 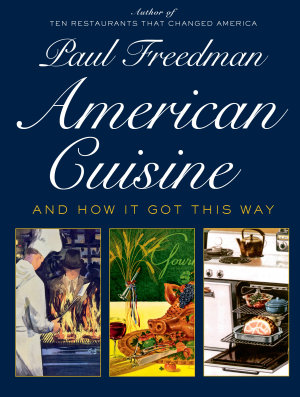 
With an ambitious sweep over two hundred years, Paul Freedman’s lavishly illustrated history shows that there actually is an American cuisine. For centuries, skeptical foreigners—and even millions of Americans—have believed there was no such thing as American cuisine. In recent decades, hamburgers, hot dogs, and pizza have been thought to define the nation’s palate. Not so, says food historian Paul Freedman, who demonstrates that there is an exuberant and diverse, if not always coherent, American cuisine that reflects the history of the nation itself. Combining historical rigor and culinary passion, Freedman underscores three recurrent themes—regionality, standardization, and variety—that shape a completely novel history of the United States. From the colonial period until after the Civil War, there was a patchwork of regional cooking styles that produced local standouts, such as gumbo from southern Louisiana, or clam chowder from New England. Later, this kind of regional identity was manipulated for historical effect, as in Southern cookbooks that mythologized gracious “plantation hospitality,” rendering invisible the African Americans who originated much of the region’s food. As the industrial revolution produced rapid changes in every sphere of life, the American palate dramatically shifted from local to processed. A new urban class clamored for convenient, modern meals and the freshness of regional cuisine disappeared, replaced by packaged and standardized products—such as canned peas, baloney, sliced white bread, and jarred baby food. By the early twentieth century, the era of homogenized American food was in full swing. Bolstered by nutrition “experts,” marketing consultants, and advertising executives, food companies convinced consumers that industrial food tasted fine and, more importantly, was convenient and nutritious. No group was more susceptible to the blandishments of advertisers than women, who were made feel that their husbands might stray if not satisfied with the meals provided at home. On the other hand, men wanted women to be svelte, sporty companions, not kitchen drudges. The solution companies offered was time-saving recipes using modern processed helpers. Men supposedly liked hearty food, while women were portrayed as fond of fussy, “dainty,” colorful, but tasteless dishes—tuna salad sandwiches, multicolored Jell-O, or artificial crab toppings. The 1970s saw the zenith of processed-food hegemony, but also the beginning of a food revolution in California. What became known as New American cuisine rejected the blandness of standardized food in favor of the actual taste and pleasure that seasonal, locally grown products provided. The result was a farm-to-table trend that continues to dominate. “A book to be savored” (Stephen Aron), American Cuisine is also a repository of anecdotes that will delight food lovers: how dry cereal was created by William Kellogg for people with digestive and low-energy problems; that chicken Parmesan, the beloved Italian favorite, is actually an American invention; and that Florida Key lime pie goes back only to the 1940s and was based on a recipe developed by Borden’s condensed milk. More emphatically, Freedman shows that American cuisine would be nowhere without the constant influx of immigrants, who have popularized everything from tacos to sushi rolls. “Impeccably researched, intellectually satisfying, and hugely readable” (Simon Majumdar), American Cuisine is a landmark work that sheds astonishing light on a history most of us thought we never had. 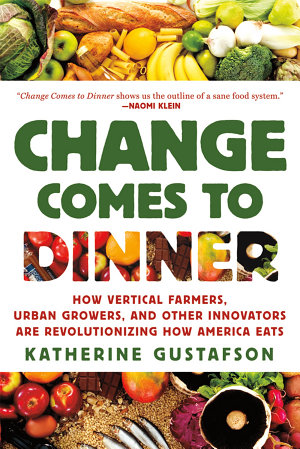 
A fascinating exploration of America's food innovators, that gives us hopeful alternatives to the industrial food system described in works like Michael Pollan's bestselling Omnivore's Dilemma Change Comes to Dinner takes readers into the farms, markets, organizations, businesses and institutions across America that are pushing for a more sustainable food system in America. Gustafson introduces food visionaries like Mark Lilly, who turned a school bus into a locally-sourced grocery store in Richmond, Virginia; Gayla Brockman, who organized a program to double the value of food stamps used at Kansas City, Missouri, farmers' markets; Myles Lewis and Josh Hottenstein, who started a business growing vegetables in shipping containers using little water and no soil; and Tony Geraci, who claimed unused land to create the Great Kids Farm, where Baltimore City public school students learn how to grow food and help Geraci decide what to order from local farmers for breakfast and lunch at the city schools. Change Comes to Dinner is a smart and engaging look into America's food revolution.