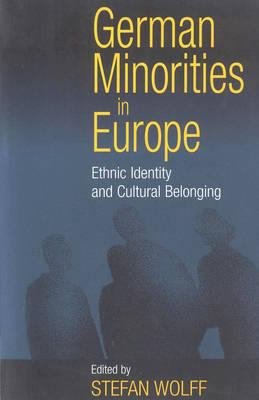 
This volume addresses the issue of Germany's external minorities, exploring the complex interrelationship between their ethnic identity and sense of cultural belonging on the one hand, and the political, economic, legal, and social situation in their respective societies, on the other. 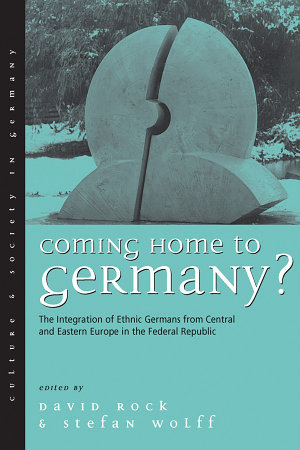 
The end of World War II led to one of the most significant forced population transfers in history: the expulsion of over 12 million ethnic Germans from Central and Eastern Europe between 1945 and 1950 and the subsequent emigration of another four million in the second half of the twentieth century. Although unprecedented in its magnitude, conventional wisdom has it that the integration of refugees, expellees, and Aussiedler was a largely successful process in postwar Germany. While the achievements of the integration process are acknowledged, the volume also examines the difficulties encountered by ethnic Germans in the Federal Republic and analyses the shortcomings of dealing with this particular phenomenon of mass migration and its consequences. 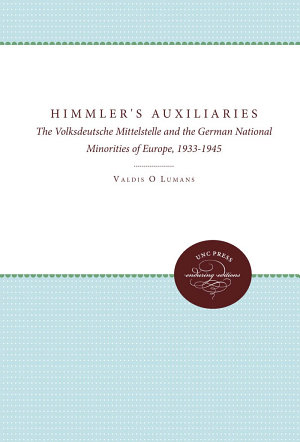 
Lumans studies the relations between Nazi Germany and the German minority populations of other European countries, examining these ties within the context of Hitler's foreign policy and the racial policies of SS Chief Heinrich Himmler. He shows how the Reich's racial and political interests in these German minorities between 1933 and 1945 helped determine its behavior toward neighboring states. Originally published in 1993. A UNC Press Enduring Edition -- UNC Press Enduring Editions use the latest in digital technology to make available again books from our distinguished backlist that were previously out of print. These editions are published unaltered from the original, and are presented in affordable paperback formats, bringing readers both historical and cultural value. 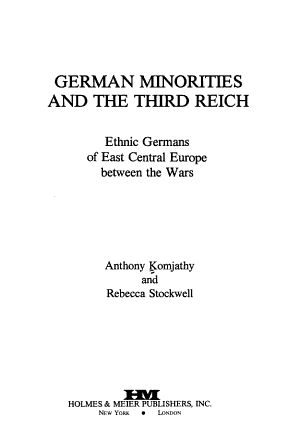 
This book assesses the role of German minorities in East Central Europe before World War 2. Generalisations made under the influence of wartime propaganda created a stereotype of German minority behaviour according to which all ethnic Germans were fanatical supporters of Hitler, promoters of Nazism and obedient servants of the Third Reich's imperialistic foreign policy. These accusations were used to justify their mass expulsion after the war. The ethnic Germans defended themselves with counter accusations stating that they were the victims of prejudicial generalisations.


Traces the history of all ethnic minorities in Germany during the 19th and 20th centuries. The book examines the ways in which minority groups such as Jews and gypsies have attempted to cope with German nationalism since 1800. 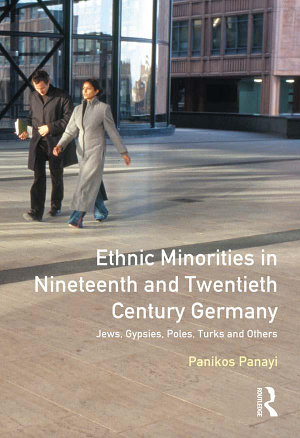 
This is the first book to trace the history of all ethnic minorities in Germany during the nineteenth and twentieth-centuries. It argues that all of the different types of states in Germany since 1800 have displayed some level of hostility towards ethnic minorities. While this reached its peak under the Nazis, the book suggests a continuity of intolerance towards ethnic minorities from 1800 that continued into the Federal Republic. During this long period German states were home to three different types of ethnic minorities in the form of- dispersed Jews and Gypsies; localised minorities such as Serbs, Poles and Danes; and immigrants from the 1880s. Taking a chronological approach that runs into the new Millennium, the author traces the history of all of these ethnic groups, illustrating their relationship with the German government and with the rest of the German populace. He demonstrates that Germany provides a perfect testing ground for examining how different forms of rule deal with minorities, including monarchy, liberal democracy, fascism and communism. 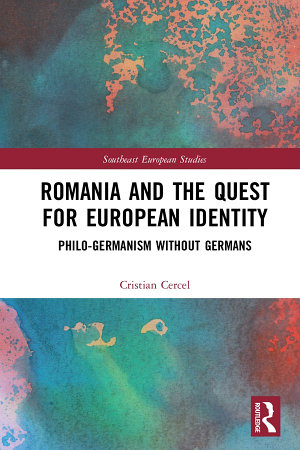 
Exploring the largely positive representations of Romanian Germans predominating in post-1989 Romanian society, this book shows that the underlying reasons for German prestige are strongly connected with Romania’s endeavors to become European. The election, in 2014, of Klaus Iohannis as Romania’s president was hailed as evidence that the country chose a 'European’ future: that Iohannis belonged to Romania’s tiny German minority was also considered to have played a part in his success. Cercel argues that representations of Germans in Romania, descendants of twelfth-century and eighteenth-century colonists, become actually a symbolic resource for asserting but also questioning Romania’s European identity. Such representations link Romania’s much-desired European belonging with German presence, whilst German absence is interpreted as a sign of veering away from Europe. Investigating this case of discursive "self-colonization" and this apparent symbolic embrace of the German Other in Romania, the book offers a critical study of the discourses associated with Romania’s postcommunist "Europeanization" to contribute a better understanding of contemporary West-East relationships in the European context. This fresh and insightful approach will interest postgraduates and scholars interested in Central, Eastern and Southeastern Europe and in German minorities outside Germany. It should also appeal to scholars of memory studies and those interested in the study of otherness in general. 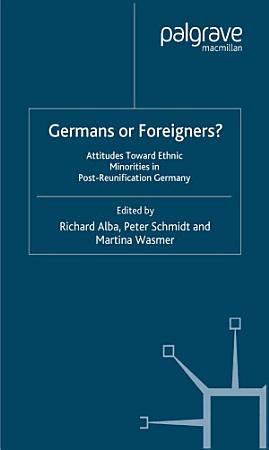 
This book examines contemporary attitudes towards ethnic minorities in Germany. These minorities include some of immigrant origin, such as Italians, Turks, and asylum seekers, and the principal non-immigrant minority, Jews. While the findings demonstrate that intense prejudice against minorities is not widespread among Germans, many of whom in fact can be considered immigrant- and minority-friendly, a crystallization of attitudes is also evident: that is, attitudes towards immigrants are strongly correlated with anti-Semitism and with other worldview dimensions, such as positioning in the left-right political spectrum. In this sense, the fundamental question of whether immigrants and other minorities should be regarded as fellow citizens or ethnic outsiders remains relevant in the German context. 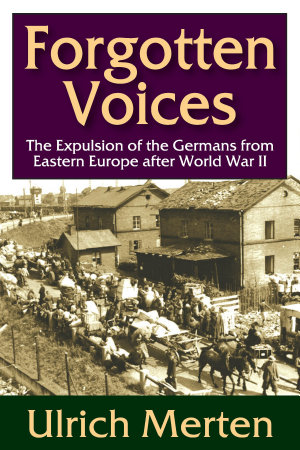 
The news agency Reuters reported in 2009 that a mass grave containing 1,800 bodies was found in Malbork, Poland. Polish authorities suspected that they were German civilians that were killed by advancing Soviet forces. A Polish archeologist supervising the exhumation, said, "We are dealing with a mass grave of civilians, probably of German origin. The presence of children . . . suggests they were civilians."During World War II, the German Nazi regime committed great crimes against innocent civilian victims: Jews, Poles, Russians, Serbs, and other people of Central and Eastern Europe. At war's end, however, innocent German civilians in turn became victims of crimes against humanity. Forgotten Voices lets these victims of ethnic cleansing tell their story in their own words, so that they and what they endured are not forgotten. This volume is an important supplement to the voices of victims of totalitarianism and has been written in order to keep the historical record clear.The root cause of this tragedy was ultimately the Nazi German regime. As a leading German historian, Hans-Ulrich Wehler has noted, "Germany should avoid creating a cult of victimization, and thus forgetting Auschwitz and the mass killing of Russians." Ulrich Merten argues that applying collective punishment to an entire people is a crime against humanity. He concludes that this should also be recognized as a European catastrophe, not only a German one, because of its magnitude and the broad violation of human rights that occurred on European soil.Supplementary maps and pictures are available online at http://www.forgottenvoices.net 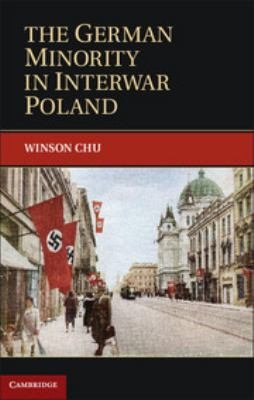 
Explores what happened when Germans from three different empires were forced to live together in Poland after the First World War. 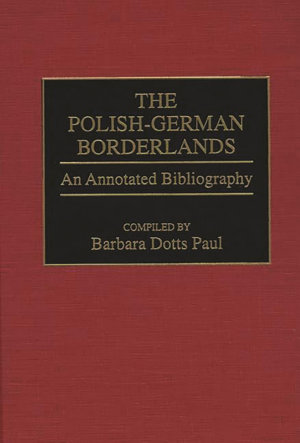 
This annotated guide to English language materials dealing with all aspects of the history of the borderlands since the 1700s gives special attention to conflicts between Germans and Poles and issues that are again critical in Central Europe. Students, teachers, and scholars will find this bibliography of over 1200 entries to primary sources, books, chapters in books, dissertations, journal articles, government documents, fiction, and films easy to use. The introduction points to different names given to the region and puts the bibliography into historical context. The chapters cover different historical periods and organize material either by genre of work or by topics significant to a particular era. Author, title, and subject indexes make the material easily accessible for a wide variety of research needs. 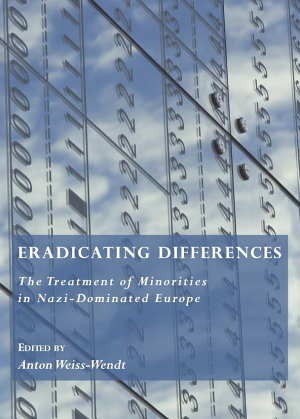 
The eleven essays that comprise this book offer an integrated perspective on Nazi policies of mass murder. Drawing heavily on primary sources from European and American archives, the collection of essays provides novel interpretations of Nazi policies vis-à-vis ethnic, religious, and sexual minorities in the German-occupied territories, specifically Eastern Europe. The essays printed in this volume advance two main theses, drawing a line under the Functionalist-Intentionalist debate regarding the origins of Nazi genocide. In their dealing with the “lesser races,” the Nazis proved more flexible and less single-minded than has been conventionally believed. Faced with what they saw as a temporary military setback, the Nazis were willing to renegotiate their murderous policies, granting certain concessions to the minority groups otherwise slated for destruction. In the long run, however, the Nazis never abandoned the ideology of racial exclusiveness, which had contributed to their ultimate defeat. Another thesis concerns the complex ethno-political landscape of Eastern Europe that came under Nazi domination. German occupation authorities encouraged ethnic rivalries and grievances, which trace back to the Austro-Hungarian and Russian Empires and beyond. Hobbesian war of all against all that had ensued made it easier for the Nazis to apply a divide-and-rule policy. It also provided a fertile ground for collaboration, specifically in the mass murder of Jews. The book will appear to both academic and non-academic audiences interested in the subjects as diverse as genocide, ethno-nationalism, and minority studies.