For the first time, all of France's military aircraft in the first years of WWII are offered to the international audience. Not only the fighters, but every type of combat aircraft, based on an alphabetical order (in two volumes) according to the maker. Foreign aircraft under French cockades are also included, such as the famous Curtiss H 75.


This is a study of all of the fighters, bombers, reconnaissance and observation aircraft utilised by the French Air Forces between 1939 and 1942. 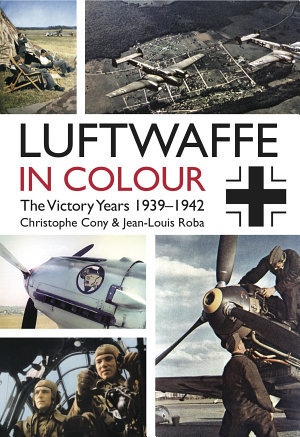 
This remarkable work pulls the lid off one of the legendary air forces in history at the very peak of its powerÑunveiling the men and machines as they truly existed day-to-day, underneath the propaganda of their own regime and the scare stories of their enemies. In HitlerÕs Germany, color photography was primarily co-opted for state purposes, such as the military publication Signal, or the LuftwaffeÕs own magazine, Der Adler (Eagle). But a number of men had cameras of their own, and in this painstakingly acquired collection, originally published in France, we can witness true life on GermanyÕs airfields during the period of the LuftwaffeÕs ascendancy. Thus not only do we see famous planes such as the Me-109, Ju-87 or He-111, but the wide variety of more obscure types with which the Germans began the war. The array of Arados, Dorniers, HeinkelsÑnot to mention elegant 4-engine CondorsÑthat were initially employed in the war are here in plain sight and full color, providing not only an insight into WWII history but a model makerÕs dream. Just as fascinating are the shots of the airmen themselves, along with their ground crewsÑfull of confidence and cheer as they bested every other air force in Europe during these years, with the single exception of the RAFÕs Fighter Command in late-summer 1940. But that was no big stumbling block to the Luftwaffe, which had bigger fish to fry in Russia and North Africa the following year. In the authorsÕ next work, ÒThe Years of Defeat,Ó we will see how the war turned more grim for the Luftwaffe, even as its expertise and skill at more deadly aircraft designs, increased. In ÒThe Victory YearsÓ we have a uniquely intimate view of an air force at the very apex of its capabilities. 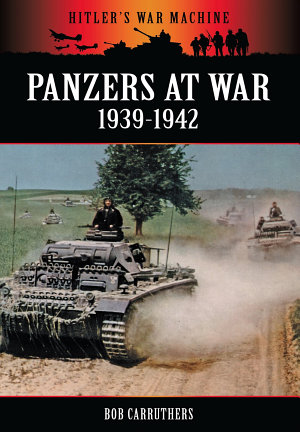 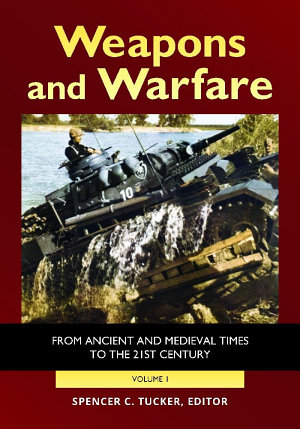 
This work covers major weapons throughout human history, beginning with clubs and maces; through crossbows, swords, and gunpowder; up to the hypersonic railgun, lasers, and robotic weapons under development today. Weapons and Warfare is designed to provide students with a comprehensive and highly informative overview of weapons and their impact on the course of human history. In addition to providing basic factual information, this encyclopedia will delve into the greater historical context and significance of each weapon. The chronological organization by time period will enable readers to fully understand the evolution of weapons throughout history. The work begins with a foreword by a top scholar and a detailed introductory essay by the editor that provides an illuminating historical overview of weapons. It then offers entries on more than 650 individual weapons systems. Each entry has sources for further reading. The weapons are presented alphabetically within six time periods, ranging from the prehistoric and ancient periods to the contemporary period. Each period has its own introduction that treats the major trends occurring in that era. In addition, 50 sidebars offer fascinating facts on various weapons. Numerous illustrations throughout the text are also included. Includes an informative foreword on the impact of weapons on tactics by distinguished historian British Army Major General Mungo Melvin (Retired) Offers individual introductory essays to each of the six chronological sections of the book Provides concise studies, written distinguished military historians, of more than 650 important weapons systems Features 50 sidebars that supply interesting insights related to the employment of various weapons


This is a companion volume to the Jasta War Chronology, published by Grub Street in 1998.Frank Bailey, an acknowledged expert on French aviation during this period, has created as detailed a list as is possible covering all the claims and losses of the French fighter force on a day by day basis. Unlike their British counterparts, the French did not credit pilots with kills if they could not be confirmed, although they acknowledged probable kills'. Confirmed and probable claims are all listed, therefore, along with the escadrille the pilot flew with and the pilot's running total of confirmed victories 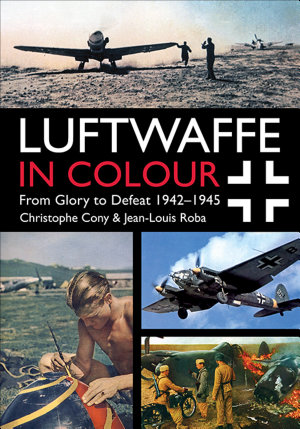 
Nearly four hundred photos documenting the last years of the Luftwaffe: “If you’re interested in unit history then this book is a must have” (Britmodeller.com). A companion to the first volume of Luftwaffe in Colour, which covered the victory years from 1939 to Spring 1942, this book contains even more fascinating material on the machines of the Luftwaffe and the men who flew them as their fate took an increasingly grim path. Initially, the Luftwaffe ruled the skies, but eventually, they fought an increasingly futile war of attrition that, when combined with vital strategic mistakes in aircraft production, was its death knell. Despite this, the Luftwaffe produced the most successful air aces of all time. Among many remarkable images, we see one of the last Junkers 87 B-2 operational on the Eastern Front during the winter of 1942-1943; the huge BV 222 V-5 of Lufttransportstaffel in the port of Heraklion in late 1942; pilots in Tunisia in 1943; the aces Hans Philipp, Wolfgang Späte, and Heinz Schnaufer; and a vivid demonstration of the reversal in fortunes in 1944 as Allied bombers destroy 106 sites, engulfing them in fire at Schwäbisch Hall on German soil. In this painstakingly curated collection, the full detail behind the propaganda is once more revealed in rare color photographs.


Eighty years after its creation, the Luftwaffe is still one of the most fascinating forces in the history of aviation. A companion to Luftwaffe in Colour Volume 1, which covered the victory years from 1939 up to Spring 1942, this volume with nearly 400 images contains even more fascinating material on the machines of the Luftwaffe and the men who flew them, as their fate took an increasingly grim path. Initially the Luftwaffe ruled the skies but thereafter fought an increasingly futile war of attrition which when combined with vital strategic mistakes in aircraft production, was its death knell. Despite this the Luftwaffe produced the most successful air aces of all time who feature in this volume. Among many remarkable images we see one of the last Junkers 87 B-2 operational on the front line on the Eastern Front during the winter of 1942-1943, the huge BV 222 V-5 of Lufttransportstaffel in the port of Heraklion in late 1942, pilots in Tunisia in 1943, the aces Hans Philipp, Wolfgang Spate and Heinz Schnaufer and a vivid demonstration of the reversal in fortunes in 1944 as Allied bombers destroy 106 places, engulfing them in fire at Schwabisch-Hall on German soil. In this painstakingly pieced together collection, originally published in France, the full detail behind the propaganda is once more revealed, in rare colour photographs. 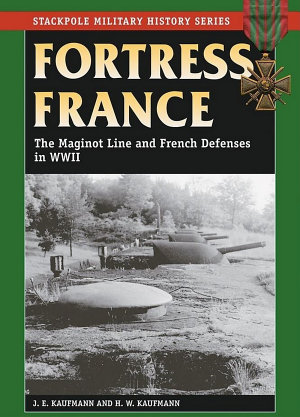 
Guide to the French defenses encountered by the German blitzkrieg in 1940 Includes finely detailed plans, diagrams, and schematics of forts, blockhouses, turrets, artillery pieces, tanks, and more Between the world wars, France constructed a vast and complex array of defenses designed to prevent German forces from penetrating the French heartland as they had during World War I. Among these was the famous Maginot Line, the last of the great gun-bearing fortifications, but France also built defenses along its coasts and in its territories in North Africa. Fully illustrated with photos, maps, and drawings, Fortress France describes the design and construction of these fortifications, discusses French defensive doctrine and strategy, and explains why these efforts proved unable to stop the German attack in the spring of 1940.


This book is the first of two volumes covering the Bomber Commands losses in the Middle East and Mediterranean during the war. The distinction relating to the units included in these volumes is particularly important in relation to the USAAF, as its period under RAF was brief.


The story of the early years of Bomber Command and the aircraft they flew from 1939 to 1942, including Blenheims, Hampdens, Wellingtons, Whitleys, and Battles. These aircraft were involved in campaigns in France, Norway, Germany, Greece, Africa, and the Middle East, where they were often outmatched, but relentless in their missions. 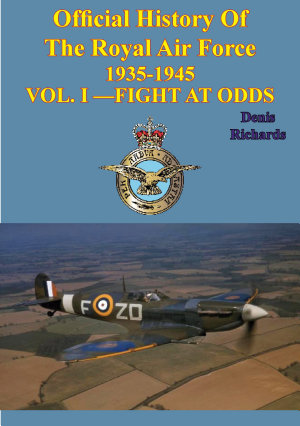 
Includes, 21 maps/diagrams and 17 Illustrations/photos The Royal Air Force is the oldest independent air force in the world, having gained its spurs over the trenches of Flanders in the First World War it was officially established in 1918. However it was during the Second World War that it would achieve its greatest successes yet, from an inauspicious start following post war budget cuts it would rise to become a decisive factor in the campaign to remove the Nazis from Europe and the Japanese from mainland Asia. The three volume Official History gives a sound and broad narrative of all of the campaigns, actions and engagements that the Royal Air Force was party to across Europe, Asia, Africa and Australasia. The text was set out in manageable chapters, each dealing with a particular episode of the struggle against Fascism; and is written in an easy and accessible style free from the specialised vocabulary of flying or aerial combat. The first volume covers the period - 1939-1942; including The Initial Phoney War period. The Norway Expedition The Battle of France The Battle of Britain The Blitz The opening stages of the Battle of the Atlantic The opening stages of the North African Campaign. 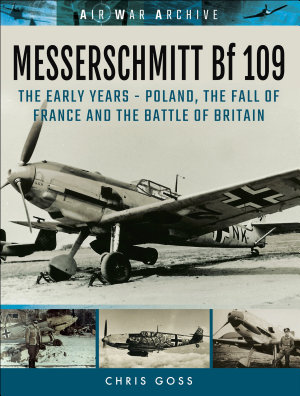 
The most iconic German aircraft of the Second World War, the Messerschmitt Bf 109 was the Luftwaffes principal fighter from 1939 until 1942 when the superior Focke-Wulf Fw 190 came into greater prominence. The Bf 109 served in every theater of the war, particularly in the invasion of France and the Low Countries, the Battle of Britain and the invasion of the Soviet Union, the Mediterranean and with Rommel in North Africa. In the later years of the war, the Bf 109 fought with success in the defense of Germany against the Allied bombers. The Bf 109 was the most produced fighter aircraft in history and more aerial kills were made with this fighter than any other aircraft. In this selection of unrivaled images collected over many years, and now part of Frontline's new War in the Air series, the operations of this famous aircraft in the early part of the Second World War are portrayed and brought to life. 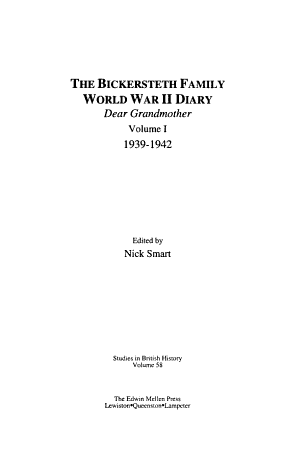 
In this family account of life in wartime Britain, the thoughts of old and young, the centrally involved and the isolated, jostle continuously. This volume contains insights into the ways of government and workings of Whitehall, the position of the Church of England, and the problems of education among a vast conscript army. It is also a social document of the manner in which the disruptions and danger of life were coped with during wartime. 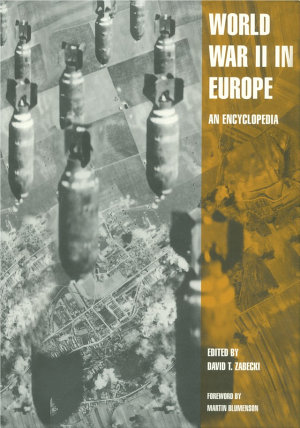 
First Published in 1999. Routledge is an imprint of Taylor & Francis, an informa company. 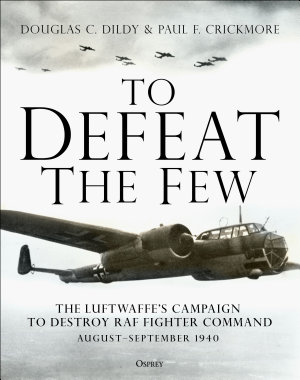 
Over the past 80 years, histories of the Battle of Britain have consistently portrayed the feats of 'The Few' (as they were immortalized in Churchill's famous speech) as being responsible for the RAF's victory in the epic battle. However, this is only part of the story. The results of an air campaign cannot be measured in terms of territory captured, cities occupied or armies defeated, routed or annihilated. Successful air campaigns are those that achieve their intended aims or stated objectives. Victory in the Battle of Britain was determined by whether the Luftwaffe achieved its objectives. The Luftwaffe, of course, did not, and this detailed and rigorous study explains why. Analysing the battle in its entirety in the context of what it was – history's first independent offensive counter-air campaign against the world's first integrated air defence system – Douglas C. Dildy and Paul F. Crickmore set out to re-examine this remarkable conflict. Presenting the events of the Battle of Britain in the context of the Luftwaffe's campaign and RAF Fighter Command's battles against it, this title is a new and innovative history of the battle that kept alive the Allies' chances of defeating Nazi Germany.