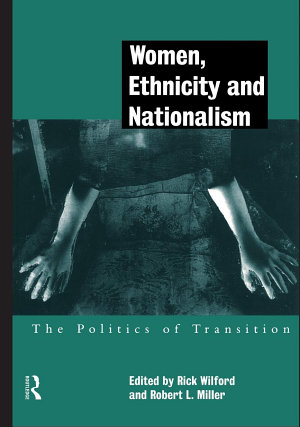 
Women, Ethnicity and Nationalism asks whether societies caught in political or social transition provide new opportunities for women, or instead, create new burdens and obstacles for them. Using contemporary case-studies, each author looks at the interaction of gender ethnicity and class in a divided society. The varying experiences of women are discussed in the following countries: Northern Ireland; South Africa; the former Soviet Union and Yugoslavia; Yemen; Lebanon and Malaysia. 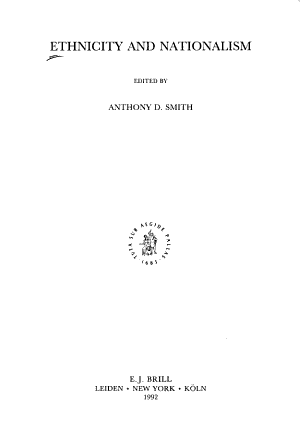 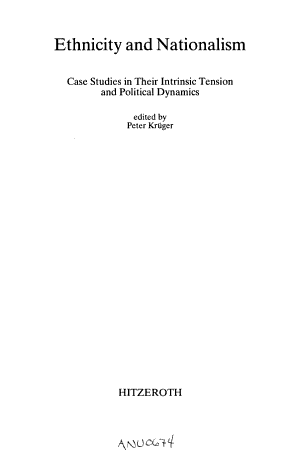 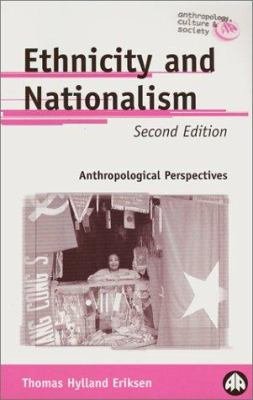 
New expanded edition of a classic anthropology title that examines ethnicity as a dynamic and shifting aspect of social relations. 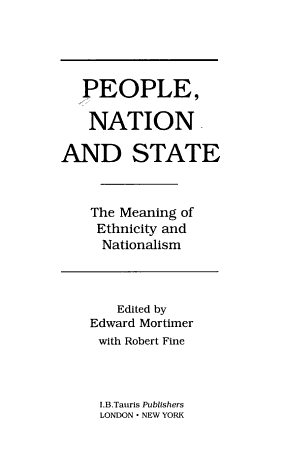 
Nations in the developed world are no less immune from these complex issues - whether they involve Scottish nationalism, the rival national identities of Northern Ireland, the uneasy integration of former GDR citizens into a united Germany, the perennial problems of Afro-Americans and Hispanics in the USA, not to mention the myriad factors raised by the disappearance of the Soviet Union. 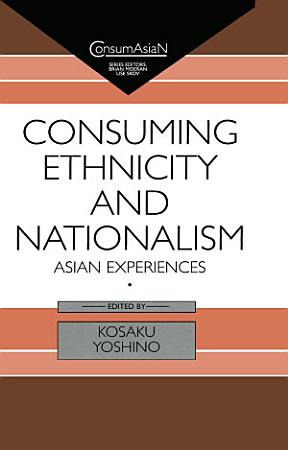 
This book is unique in applying a consumption approach to the study of ethnicity and nationalism, thereby challenging the usual 'top down' approach to nation-formation. Contributors from a variety of disciplines examine the on-going consumption of minority and national cultures by looking at different forms of consumption, including a national lottery, theme parks, museums, cross-cultural handbooks, popular song and audio-visual media. Chapters span diverse parts of Asia '- from Korea, Japan and China to Malaysia and Sri Lanka '- imparting to the volume a rare comparative quality. It should appeal to anyone interested in Asian Studies, as well as in the sociology and anthropology of culture, nationalism and globalisation. 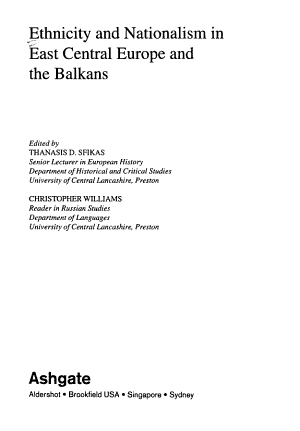 
This is a companion volume to Ethnicity and Nationalism in Russia, the CIS and the Baltic States. It brings together scholars from the UK, Poland, Slovakia, Belgium, Greece Bulgaria and the USA to examine the legacy left by decades of communist rule and to assess the importance of the revival of ethnicity and nationalism for the fate of the new democracies of Central and Eastern Europe and of the Balkans as they approach the millennium. A wide range of viewpoints are presented on the key issues of national identity, state formation, nationalist ideology and the issue of territorial and ethnic identity. Different theories are outlined and differences and similarities in the process of nation building discussed. The latest research findings are presented and Western readers are offered insights via a series of comprehensive studies of the Czech Republic, Slovakia, Hungary, Slovenia, Macedonia, Bosnia-Herzegovina, Romania, Croatia and Albania. As with its companion volume, this book demonstrates the difficulties of creating modern nation states in war-torn ex-Yugoslavia or in the post-communist countries of East-Central Europe. 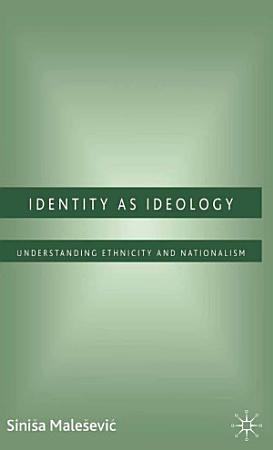 
Despite profound disagreement on whether identities are essential or existential, primordial or constructed, singular or multiple, there is little dispute over whether identities exist or not. In this provocative study, Sinisa Malesevic interrogates the unproblematic use of concepts of identity, and in particular national or ethnic identity. 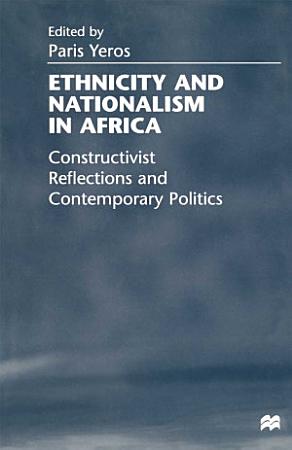 
Ethnicity and Nationalism in Africa features a series of 'constructivist' contributions by leading scholars in the field of ethnicity and nationalism, and explores the differences among those who have come to be known as 'constructivists'. The contributors reflect upon ongoing methodological debates in ethnography, historiography, and political theory. They demonstrate the diversity of concepts and methods within constructivism, and assess the political implications of the concepts themselves. The debate between them is inter-disciplinary, critical and innovative, and should be of value to anyone interested in the study of ethnicity and nationalism. 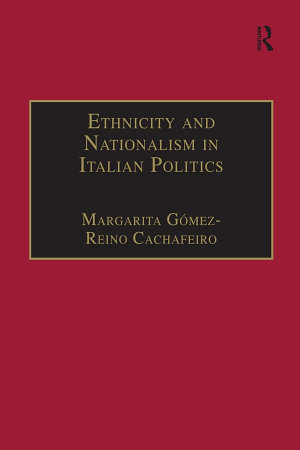 
Employing primary sources and interviews with protagonists of the rebellion of the Italian North, this book explores the invention of the Padanian nation and the construction of identity politics in Northern Italy. It reveals for the first time the connection between the ethnic wave in European party politics in the 1970s and the rise of a new radical right nationalism in the 1990s. The author highlights the way in which the discourse of national minorities was instrumental in the rise of a new political agenda that links territory, identity and cultural rights to create new boundaries of exclusion. In addition to clarifying the connection between the new nationalism and racism by demonstrating how cultural distinctiveness is constructed in contemporary European politics, this unique book also explores the dynamics of new party mobilization and the symbolic resources of nationalist rhetoric. This book presents for the first time data on political participation - both party elites and members - and the real dimension of the party organization. 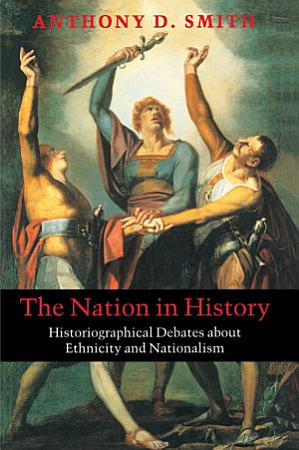