1 Read eBook for: encounters with the dani [PDF]


Nearly sixty years after the Dani of the West Papuan highlands were first discovered by the West, Susan Meiselas presents this photographic record of their interactions with different groups. These range from Dutch colonialists right through to 1990s tourists. 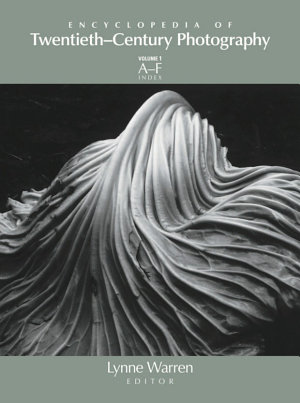 
The Encyclopedia of Twentieth-Century Photography explores the vast international scope of twentieth-century photography and explains that history with a wide-ranging, interdisciplinary manner. This unique approach covers the aesthetic history of photography as an evolving art and documentary form, while also recognizing it as a developing technology and cultural force. This Encyclopedia presents the important developments, movements, photographers, photographic institutions, and theoretical aspects of the field along with information about equipment, techniques, and practical applications of photography. To bring this history alive for the reader, the set is illustrated in black and white throughout, and each volume contains a color plate section. A useful glossary of terms is also included. 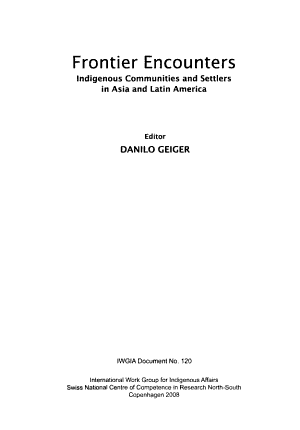 
Poverty and the maldistribution of land in core areas of developing countries, together with state schemes for the colonization of unruly frontiers, have forced indigenous peoples and settlers into an uneasy co-existence. Presenting material from various Asian and Latin American countries, Frontier Encounters examines factors that make for conflict and accommodation, studies the role of policy frames, and looks at promising mitigation strategies. The range of topics covered by the articles includes the texture of everyday-relations at the settlement frontier and the reconfiguration of ethnic hierarchies in tune with changing conquest cycles; settler land and resource use strategies; anti-settler riots and their politics; peace accords and what they can and cannot achieve as instruments for halting migration-induced violence; communal land titles as a promising avenue for conflict prevention and the empowerment of weak and defenseless groups; and the need for balancing indigenous rights advocacy with support and legal protection for disenfranchised parts of the settler population. Danilo Geiger has an M. A. in social anthropology from the University of Zurich, Switzerland and is a lecturer in political anthropology. His experience includes fieldwork in the Philippines and Indonesia and he is currently coordinating a four-year comparative research project on conflicts between indigenous communities and settlers in South and Southeast Asia. 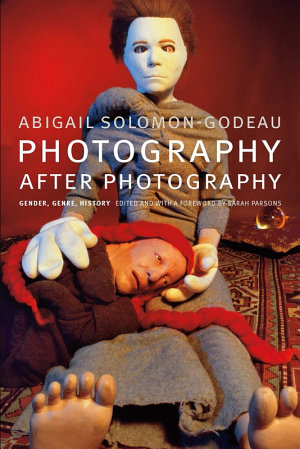 
Presenting two decades of work by Abigail Solomon-Godeau, Photography after Photography is an inquiry into the circuits of power that shape photographic practice, criticism, and historiography. As the boundaries that separate photography from other forms of artistic production are increasingly fluid, Solomon-Godeau, a pioneering feminist and politically engaged critic, argues that the relationships between photography, culture, gender, and power demand renewed attention. In her analyses of the photographic production of Cindy Sherman, Robert Mapplethorpe, Susan Meiselas, Francesca Woodman, and others, Solomon-Godeau refigures the disciplinary object of photography by considering these practices through an examination of the determinations of genre and gender as these shape the relations between photographers, their images, and their viewers. Among her subjects are the 2006 Abu Ghraib prison photographs and the Cold War-era exhibition The Family of Man, insofar as these illustrate photography's embeddedness in social relations, viewing relations, and ideological formations. 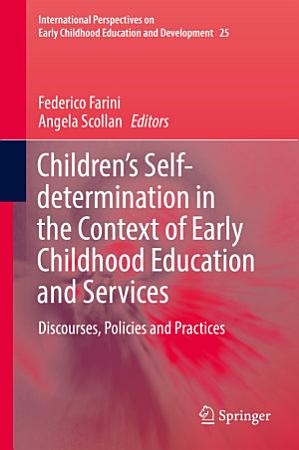 
This book investigates the position of young children’s self-determination within a range of social contexts, such as education, social care, mass-media, health, politics, law and the family. It brings to the fore the voices of the children in the present, with their interests, agendas and rights. Based on original primary research, the chapters tackle hegemonic discourses on children’s self-determination as well as current policies and practices. They address a broad range of topics, from the planning of role-play to national policies, from the use of digital technologies for pedagogy to children’s health and well-being, and from democratic practices in the classroom to the preservation of traditional family values. The book presents case studies to unravel how childhood and young children’s self-determination are constructed at the intersection with intergenerational relationships. Coming from different disciplines and using a diverse range of methodological traditions, the contributions in the volume eventually converge to generate a rich, complex and multi-layered analysis of contemporary cultures of childhood and young children’s rights. 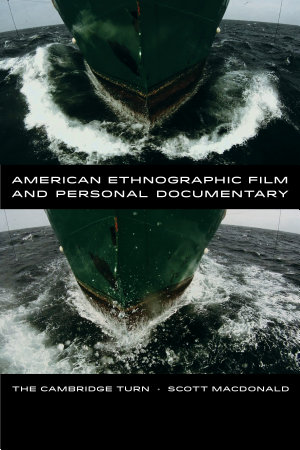 
American Ethnographic Film and Personal Documentary is a critical history of American filmmakers crucial to the development of ethnographic film and personal documentary. The Boston and Cambridge area is notable for nurturing these approaches to documentary film via institutions such as the MIT Film Section and the Film Study Center, the Carpenter Center and the Visual and Environmental Studies Department at Harvard. Scott MacDonald uses pragmatism’s focus on empirical experience as a basis for measuring the groundbreaking achievements of such influential filmmakers as John Marshall, Robert Gardner, Timothy Asch, Ed Pincus, Miriam Weinstein, Alfred Guzzetti, Ross McElwee, Robb Moss, Nina Davenport, Steve Ascher and Jeanne Jordan, Michel Negroponte, John Gianvito, Alexander Olch, Amie Siegel, Ilisa Barbash, and Lucien Castaing-Taylor. By exploring the cinematic, personal, and professional relationships between these accomplished filmmakers, MacDonald shows how a pioneering, engaged, and uniquely cosmopolitan approach to documentary developed over the past half century. 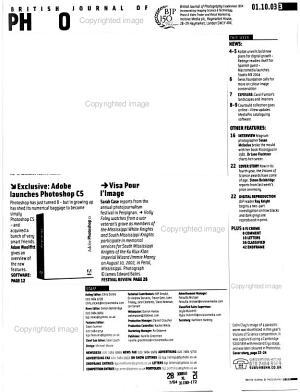 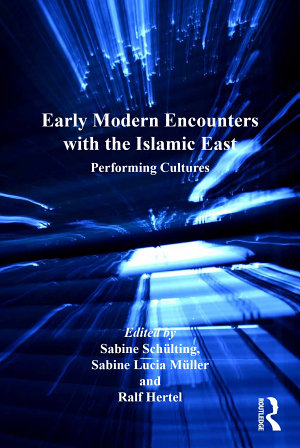 
An exploration of early modern encounters between Christian Europe and the (Islamic) East from the perspective of performance studies and performativity theories, this collection focuses on the ways in which these cultural contacts were acted out on the real and metaphorical stages of theatre, literature, music, diplomacy and travel. The volume responds to the theatricalization of early modern politics, to contemporary anxieties about the tension between religious performance and belief, to the circulation of material objects in intercultural relations, and the eminent role of theatre and drama for the (re)imagination and negotiation of cultural difference. Contributors examine early modern encounters with and in the East using an innovative combination of literary and cultural theories. They stress the contingent nature of these contacts and demonstrate that they can be read as moments of potentiality in which the future of political and economic relations - as well as the players' cultural, religious and gender identities - are at stake. 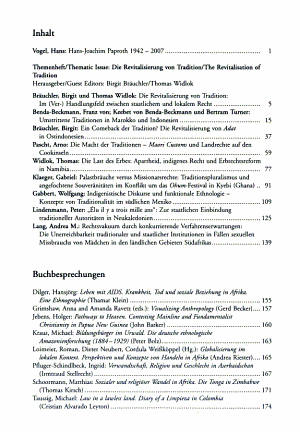 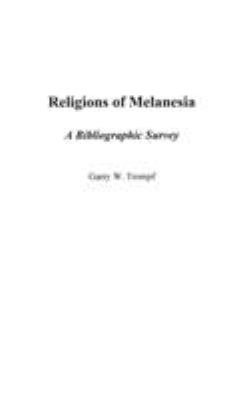 
Religions of Melanesia is the first comprehensive annotated bibliography of religious life in a region that boasts over one-quarter of the world's distinct religions. 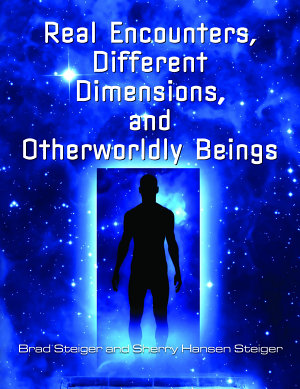 
An expert on the unexplained and paranormal research, Brad and Sherry Steiger turn their unique and remarkable talents to the bold storytelling of encounters with the unknown from throughout the ages. From mysterious strangers and unpredictable beings to weird behavior and paranormal phenomena, they investigate claims of visits from ghastly ghosts, otherworldly creatures, aliens living among us, phantoms, spirits and other accounts of encounters with the unexplained. Over 130 astounding accounts of Real Encounters with the supernatural, such as ... *Visitors from others worlds who have had Earth under surveillance for centuries, conducting their activities in secret-- even abducting humans for their own research and undeclared ends. *Members of secret societies who developed an advanced technology centuries ago which has been kept hidden in underground or undersea cities. *Time Travelers from the Future. Beings who claim to be our descendents from the future who are returning to study the true destiny of humankind. *Ghosts that haunt people, places, and things--and poltergeists that create havoc. *Beasties and monsters found in everyone’s worst nightmares--and sometimes in their campsites, fields, and yards. *Other Dimensional Visitors, Beings, Creatures, or Entities that come not from a faraway world in our solar system or any other, but from an adjacent space-time continuum existing on another vibrational/dimensional frequency or level. *Previously unknown, unidentified terrestrial life-forms, such beings as "sky-critters," "sky fish,” “rods,” and “orbs.” *As yet unknown physical energies that may be activated by the psyche, the unconscious level of the human mind. *Archetypal creatures and entities of the collective unconscious that are the result of energies that are accessible through dreams, meditations, and other states of altered consciousness. *Interactions with beings that have been dubbed elves, fairies, devas throughout the centuries. *The marvelous, creative facet of dreams. *Out-of-body mind-traveling through Time and Space. *Majestic beings who are described in the scriptures of many world religions as angels or demons. 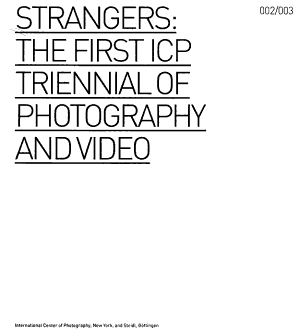 
Presenting the works of forty contemporary artists from around the world, Strangers: The First ICP Triennial of Photography and Video explores the different roles that photography now plays in negotiating the boundaries between trust and fear, intimacy and isolation, and public and private life. Accompanying a major exhibition organized by the International Center of Photography in New York, Strangers investigates, as well, the social consequences of globalization through images emanating from encounters between people unknown to one another. Strangers includes original essays. There are, in addition, illuminating commentaries on each of the artists, and reproductions of approximately 200 works in a variety of mediums, from traditional photographic processes and to multimedia installations and video. Among the artists included in the exhibition are Philip-Lorca DiCorcia, Luc Delahaye, David Goldblatt, Bill Henson, Chien-Chi Chang, Susan Meiselas, Harun Farocki, and Shirin Neshat. 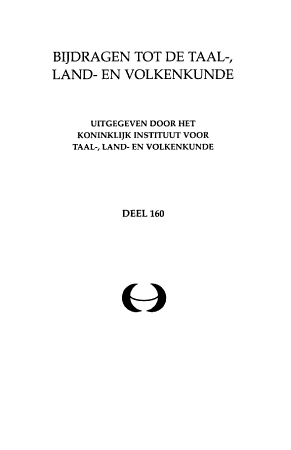 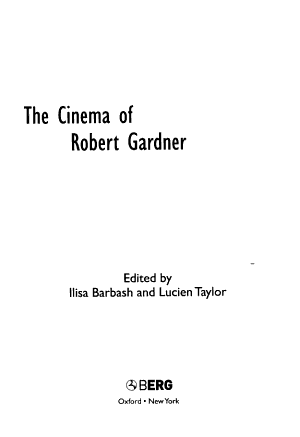 
The most artistic of ethnographic filmmakers, and the most ethnographic of artistic filmmakers, Robert Gardner is one of the most original, as well as controversial, filmmakers of the last half century. This is the first volume of essays dedicated to his work - a corpus of aesthetically arresting films which includes the classic Dead Birds (1963), a lyric depiction of ritual warfare among the Dugum Dani, in the Highlands of New Guinea; Rivers of Sand (1974), a provocative portrayal of relations between the sexes among the Hamar, in southwestern Ethiopia; and Forest of Bliss (1986), a sublime city symphony about death and life in Benares, India. Eminent anthropologists, philosophers, film theorists, and fellow artists assess the innovations of Gardner's films as well as the controversies they have spawned. Contributors:Ilisa BarbashMarcus BanksStanley CavellRoderick CooverElizabeth EdwardsAnna GrimshawKarl G. HeiderPaul HenleySusan HoweDavid MacDougallDusan MakavejevÁkos ÖstörWilliam RothmanSean ScullyLucien TaylorCharles Warren 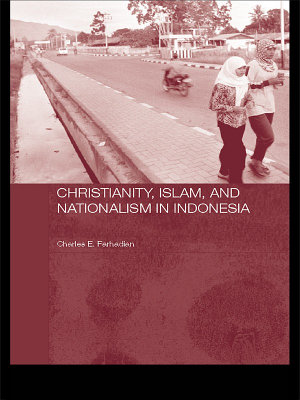 
Although over eighty percent of the country is Muslim, Indonesia is marked by an extraordinary diversity in language, ancestry, culture, religion and ways of life. This book focuses on the Christian Dani of West Papua, providing a social and ethnographic history of the most important indigenous population in the troubled province. It presents a fascinating overview of the Dani’s conversion to Christianity, examining the social, religious and political uses to which they have put their new religion. Based on independent research carried out over many years among the Dani people, the book provides an abundance of new material on religious and political events in West Papua. Underlining the heart of Christian-Muslim rivalries, the book questions the fate of religion in late-modern times.