The first overview of social movements and the cultural forms that helped shape them, The Art of Protest shows the importance of these movements to American culture. In comparative accounts of movements beginning with the African American civil rights movement through the Internet-driven movement for global justice, T. V. Reed enriches our understanding of protest and its cultural expression. 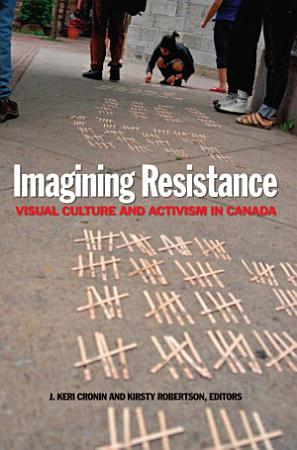 
Imagining Resistance: Visual Culture and Activism in Canada offers two separate but interconnected strategies for reading alternative culture in Canada from the 1940s through to the present: first, a history of radical artistic practice in Canada and, second, a collection of eleven essays that focus on a range of institutions, artists, events, and actions. The history of radical practice is spread through the book in a series of short interventions, ranging from the Refus global to anarchist-inspired art, and from Aboriginal curatorial interventions to culture jamming. In each, the historical record is mined to rewrite and reverse Canadian art history—reworked here to illuminate the series of oppositional artistic endeavours that are often mentioned in discussions of Canadian art but rarely acknowledged as having an alternative history of their own. ?p Alongside, authors consider case studies as diverse as the anti-war work done by John Lennon and Yoko Ono in Montreal and Toronto, recent exhibitions of activist art in Canadian institutions, radical films, performance art, protests against the Olympics, interventions into anti-immigrant sentiment in Montreal, and work by Iroquois photographer Jeff Thomas. Taken together, the writings in Imagining Resistance touch on the local, the global, the national, and post-national to imagine a very different landscape of cultural practice in Canada. 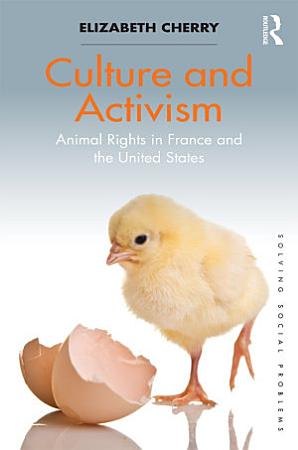 
This book offers a comparison of the animal rights movements in the US and France, drawing on ethnographic and interview material gathered amongst activists in both countries. Investigating the ways in which culture affects the outcomes of the two movements, the author examines its role as a constraining and enabling structure in both contexts, showing how cultural beliefs, values, and practices at the international, national, and organizational levels shape the strategic and tactical choices available to activists, and shedding light on the reasons for which activists make the choices that they do. With attention to the different emphases placed by the respective movements on ideological purity and pragmatism, this volume provides an account of why their achievements differ in spite of their shared ultimate goals, offering policy recommendations and suggestions for activists working in a variety of cultures. Informed by the work of Giddens and Bourdieu, Culture and Activism: Animal Rights in France and the United States constitutes an empirically grounded, comparative study of activism that will appeal to scholars of sociology, anthropology, political science, and cultural geography with interests in social movements and social problems. 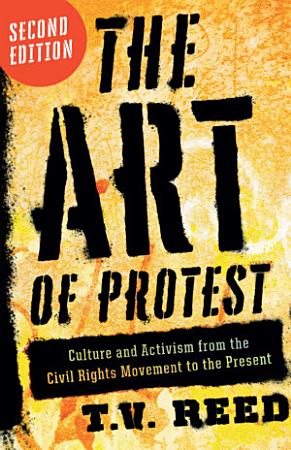 
A second edition of the classic introduction to arts in social movements, fully updated and now including Black Lives Matter, Occupy Wall Street, and new digital and social media forms of cultural resistance The Art of Protest, first published in 2006, was hailed as an “essential” introduction to progressive social movements in the United States and praised for its “fluid writing style” and “well-informed and insightful” contribution (Choice Magazine). Now thoroughly revised and updated, this new edition of T. V. Reed’s acclaimed work offers engaging accounts of ten key progressive movements in postwar America, from the African American struggle for civil rights beginning in the 1950s to Occupy Wall Street and Black Lives Matter in the twenty-first century. Reed focuses on the artistic activities of these movements as a lively way to frame progressive social change and its cultural legacies: civil rights freedom songs, the street drama of the Black Panthers, revolutionary murals of the Chicano movement, poetry in women’s movements, the American Indian Movement’s use of film and video, anti-apartheid rock music, ACT UP’s visual art, digital arts in #Occupy, Black Lives Matter rap videos, and more. Through the kaleidoscopic lens of artistic expression, Reed reveals how activism profoundly shapes popular cultural forms. For students and scholars of social change and those seeking to counter reactionary efforts to turn back the clock on social equality and justice, the new edition of The Art of Protest will be both informative and inspiring. 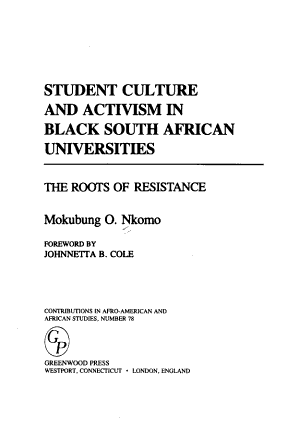 
Turmoil in higher education has mounted in South Africa to a level wherein black institutions have been virtually paralyzed by conflict and occasionally transformed into armed garrisons. How this situation has come about is the subject of Nkomo's study. The author demonstrates that segregated education for blacks has inadvertently produced a distinct and contradictory culture of resistance for a substantial part of the African student body. Ethnic African universities have become cradles of vociferous student resistance to apartheid and have nurtured a new generation of activists responding to factors external to the formal university structure and curriculua. Nkomo provides a comprehensive and critical analysis of the principal legislation and subsequent amendments; the ethnic-racial personnel composition, structures, and curricula of the institutions; expenditures; and the promotion of an official institutional culture that seeks to impose an Afrikaner orientation and produce sycophantic African student graduates. A demonstration of the profound interplay of politics and education, the book reveals African students to be dynamic actors within the educational arena. 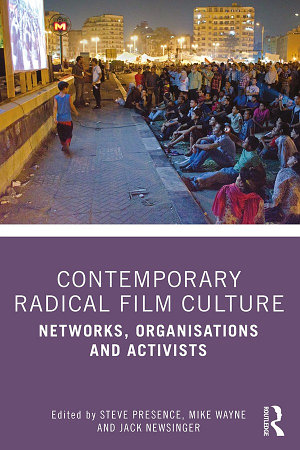 
Comprising essays from some of the leading scholars and practitioners in the field, this is the first book to investigate twenty-first century radical film practices across production, distribution and exhibition at a global level. This book explores global radical film culture in all its geographic, political and aesthetic diversity. It is inspired by the work of the Radical Film Network (RFN), an organisation established in 2013 to support the growth and sustainability of politically engaged film culture around the world. Since then, the RFN has grown rapidly, and now consists of almost 200 organisations across four continents, from artists’ studios and production collectives to archives, distributors and film festivals. With this foundation, the book engages with contemporary radical film cultures in Africa, Asia, China, Europe, the Middle East as well as North and South America, and connects key historical moments and traditions with the present day. Topics covered include artists’ film and video, curation, documentary, feminist and queer film cultures, film festivals and screening practices, network-building, policy interventions and video-activism. For students, researchers and practitioners, this fascinating and wide-ranging book sheds new light on the political potential of the moving image and represents the activists and organisations pushing radical film forward in new and exciting directions. For more information about the Radical Film Network, visit www.radicalfilmnetwork.com.


artWork: Art, Labour and Activism explores the complexity of the relation between art, labour and activism from both an academic and an actors' perspective. 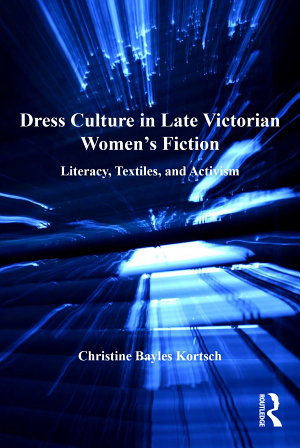 
In her immensely readable and richly documented book, Christine Bayles Kortsch asks us to shift our understanding of late Victorian literary culture by examining its inextricable relationship with the material culture of dress and sewing. Even as the Education Acts of 1870, 1880, and 1891 extended the privilege of print literacy to greater numbers of the populace, stitching samplers continued to be a way of acculturating girls in both print literacy and what Kortsch terms "dress culture." Kortsch explores nineteenth-century women's education, sewing and needlework, mainstream fashion, alternative dress movements, working-class labor in the textile industry, and forms of social activism, showing how dual literacy in dress and print cultures linked women writers with their readers. Focusing on Victorian novels written between 1870 and 1900, Kortsch examines fiction by writers such as Olive Schreiner, Ella Hepworth Dixon, Margaret Oliphant, Sarah Grand, and Gertrude Dix, with attention to influential predecessors like Elizabeth Gaskell, Charlotte Brontë, and George Eliot. Periodicals, with their juxtaposition of journalism, fiction, and articles on dress and sewing are particularly fertile sites for exploring the close linkages between print and dress cultures. Informed by her examinations of costume collections in British and American museums, Kortsch's book broadens our view of New Woman fiction and its relationship both to dress culture and to contemporary women's fiction. 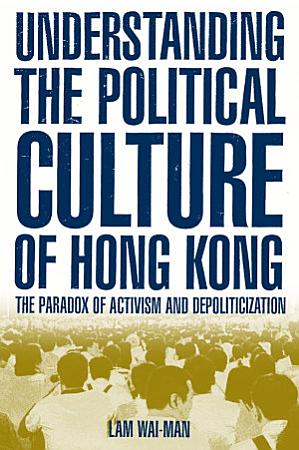 
This book challenges the widely held belief that Hong Kong's political culture is one of indifference. The term "political indifference" is used to suggest the apathy, naivete, passivity, and utilitarianism of Hong Kong's people toward political life. Taking a broad historical look at political participation in the former colony, Wai-man Lam argues that this is not a valid view and demonstrates Hong Kong's significant political activism in thirteen selected case studies covering 1949 through the present. Through in-depth analysis of these cases she provides a new understanding of the nature of Hong Kong politics, which can be described as a combination of political activism and a culture of depoliticization. 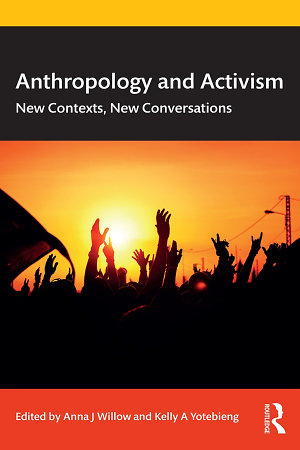 
This book offers a comprehensive and current look at the complex relationship between anthropology and activism. Activism has become a vibrant research topic within anthropology. Many scholars now embrace their own roles as engaged social actors, which has compelled reflexive attention to the anthropology/activism intersection and its implications. With contributions by emerging scholars as well as leading activist anthropologists, this volume illuminates the diverse ways in which the anthropology/activism relationship is being navigated. Chapters touch on key areas including environment and extraction, food sustainability and security, migration and human rights, health disparities and healthcare access, class and gender identities and empowerment, and the defense of democracy. Case studies (drawn mainly from North America) encourage readers to think through their own experiences and expectations and will serve as durable documentation of how movements develop and change. This timely survey of the activist anthropological landscape is valuable reading in an era of widely perceived ecological and political crisis, where disinterested data collection increasingly appears to be a luxury that neither the discipline nor the world can afford.