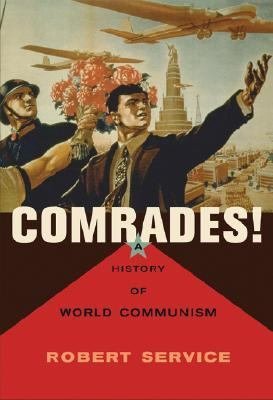 
Almost two decades after the collapse of communism in Eastern Europe and the USSR, leading historian Robert Service examines the history of communism throughout the world. Comrades! moves from Marx and Lenin to Mao and Castro and beyond to trace communism from its beginnings to the present day. Offering vivid portraits of the protagonists and decisive events in communist history, Service looks not only at the high politics of communist regimes but also at the social conditions that led millions to support communism in so many countries. After outlining communism's origins with Marx and Engels and its first success with Lenin and the Russian Revolution in 1917, Service examines the Soviet bloc, long-lasting regimes like Yugoslavia and Cuba, the Chinese revolution, the spread of communism in Asia, Africa, and Latin America, and the international links among the hundreds of parties. He covers communism's organization and ideology as well as its general appeal. He looks at abortive communist revolutions and at the ineffectual parties in the United States and elsewhere. Service offers a human view of the story as well as a global analysis. His uncomfortable conclusion--and an important message for the twenty-first century--is that although communism in its original form is now dying or dead, the poverty and injustice that enabled its rise are still dangerously alive. Unsettling and compellingly written, Comrades! is the most comprehensive study of one of the most important movements of the modern world. 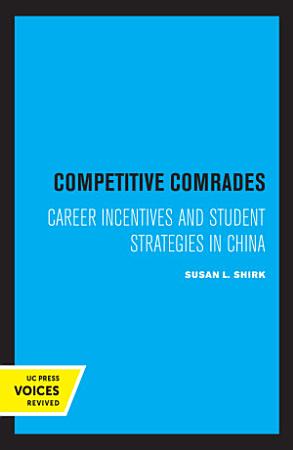 
This title is part of UC Press's Voices Revived program, which commemorates University of California Press's mission to seek out and cultivate the brightest minds and give them voice, reach, and impact. Drawing on a backlist dating to 1893, Voices Revived makes high-quality, peer-reviewed scholarship accessible once again using print-on-demand technology. This title was originally published in 1982. 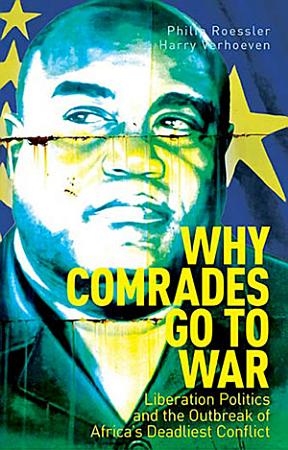 
In October 1996, a group of ageing Marxists and unemployed youth coalesced to revolt against Mobutu Seso Seko, president of Zaire/Congo since 1965. Backed by a Rwanda-led regional coalition that drew support from Asmara to Luanda, the rebels of the AFDL marched over 1500 kilometers inseven months to crush the dictatorship. To the Congolese rebels and their Pan-Africanist allies, the vanquishing of the Mobutu regime represented nothing short of a "second independence" for Congo and Central Africa as a whole and the dawning of a new regional order of peace and security. Within fifteen months, however, Central Africa's "liberation peace" would collapse, triggering a cataclysmic fratricide between the heroes of the war against Mobutu and igniting the deadliest conflict since World War II. This book gives an account Africa's Great War. It argues that the seeds of Africa's Great War were sown in the revolutionary struggle against Mobutu- the way the revolution came together, the way it was organized, and, paradoxically, the very way it succeeded. In particular, the book argues that the overthrow of Mobutu proved a Pyrrhic victory because the protagonists ignored the philosophy of Julius Nyerere, the father of Africa's liberation movements: they put the gun before the unglamorous but essential task of building the domestic and regional political institutions and organizational structures necessary to consolidate peace after revolution. 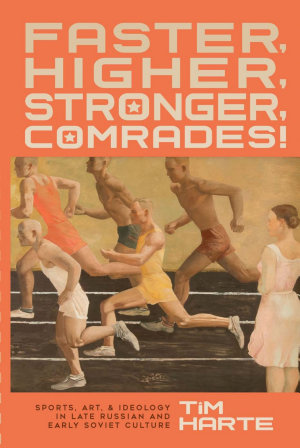 
The revival of the Olympic games in 1896 and the subsequent rise of modern athletics prompted a new, energetic movement away from more sedentary habits. In Russia, this ethos soon became a key facet of the Bolsheviks' shared vision for the future. In the aftermath of the revolution, glorification of exercise persevered, pointing the way toward a stronger, healthier populace and a vibrant Socialist society. With interdisciplinary analysis of literature, painting, and film, Faster, Higher, Stronger, Comrades! traces how physical fitness had an even broader impact on culture and ideology in the Soviet Union than previously realized. From prerevolutionary writers and painters glorifying popular circus wrestlers to Soviet photographers capturing unprecedented athleticism as a means of satisfying their aesthetic ideals, the nation's artists embraced sports in profound, inventive ways. Though athletics were used for doctrinaire purposes, Tim Harte demonstrates that at their core, they remained playful, joyous physical activities capable of stirring imaginations and transforming everyday realities. 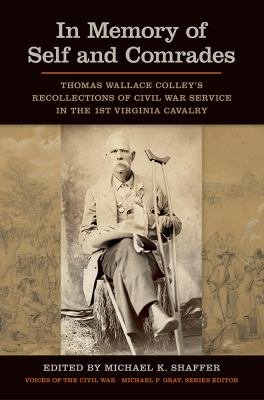 
Thomas W. Colley served in one of the most active and famous units in the Civil War, the 1st Virginia Cavalry, which fought in battles in the Eastern Theater, from First Manassas/Bull Run to the defense of Petersburg. Colley was born November 11, 1837, outside Abingdon, Virginia, and grew up knowing the daily demands of life on a farm. In May 1861, along with the other members of the Washington Mounted Rifles, he left his home in Washington County and reported to camp in Richmond. During the war, Colley received wounds on three different occasions: first at Waterloo Bridge in 1862, again at Kelly's Ford in 1863, and finally at Haw's Shop in 1864. The engagement at Haw's Shop resulted in the amputation of his left foot, thereby ending his wartime service. The first modern scholarly edition of Colley's writings, In Memory of Self and Comrades dramatizes Colley's fate as a wounded soldier mustered out before the war's conclusion. Colley's postwar reflections on the war reveal his struggle to earn a living and maintain his integrity while remaining somewhat unreconciled to his condition. He found much of his solace through writing and sought to advance his education after the war. As one of an estimated 20,000 soldiers who underwent amputation during the Civil War, his memoirs reveal the challenges of living with what many might recognize today as post-traumatic stress disorder. Annotations from editor Michael K. Shaffer provide further context to Colley's colorful and insightful writings on both his own condition and the condition of other veterans also dealing with amputations. Book jacket. 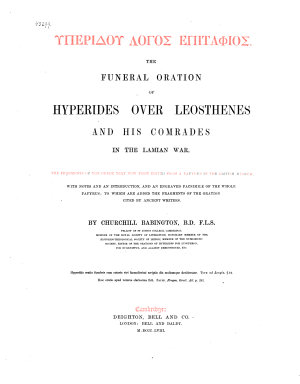 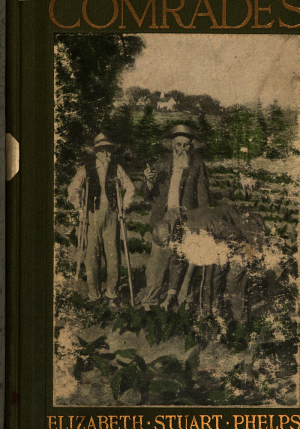 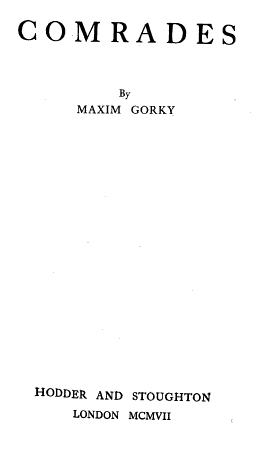 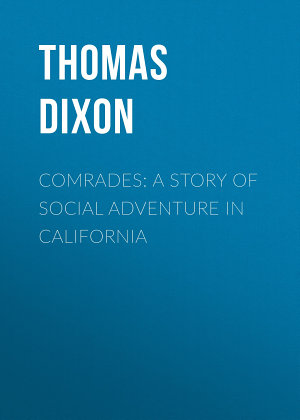 
"Comrades" by Jr. Thomas Dixon. Published by Good Press. Good Press publishes a wide range of titles that encompasses every genre. From well-known classics & literary fiction and non-fiction to forgotten−or yet undiscovered gems−of world literature, we issue the books that need to be read. Each Good Press edition has been meticulously edited and formatted to boost readability for all e-readers and devices. Our goal is to produce eBooks that are user-friendly and accessible to everyone in a high-quality digital format. 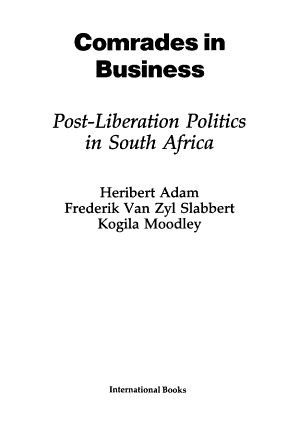 
This taboo-breaking study of the New South Africa was published byTafelberg in South Africa earlier this year, and now, worldwide by International Books. 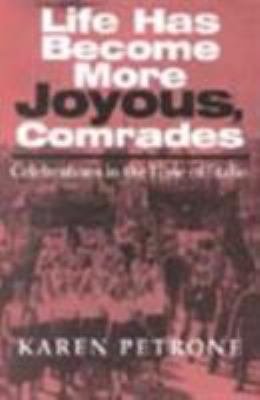 
Indiana-Michigan Series in Russian and East European Studies--Alexander Rabinowitch and William G. Rosenberg, editorsContentsInterpreting Soviet CelebrationsPart 1: Soviet Popular Culture and Mass MobilizationParading the Nation: Demonstrations and the Construction of Soviet IdentitiesImagining the Motherland: The Celebration of Soviet Aviation and Polar ExploitsFir Trees and Carnivals: The Celebration of Soviet New Year's DayPart 2: The Intelligentsia and Soviet EnlightenmentA Double-edged Discourse on Freedom: The Pushkin Centennial of 1937Anniversary of Turmoil: The Twentieth Anniversary of the October RevolutionCelebrating Civic Participation: The Stalin Constitution and Elections as Rituals of DemocracyCelebrations and Power 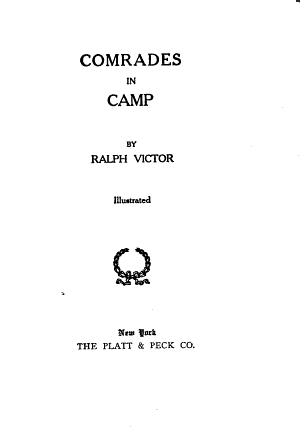 
On a camping trip in upstate New York, the theft of their horse leads the Comrades into an even greater mystery.