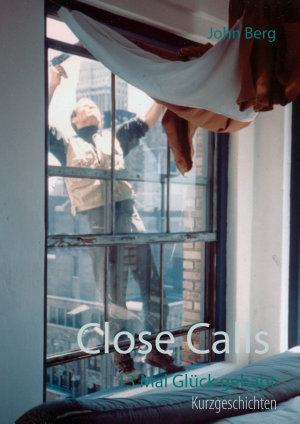 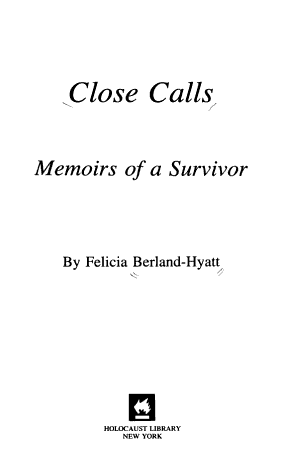 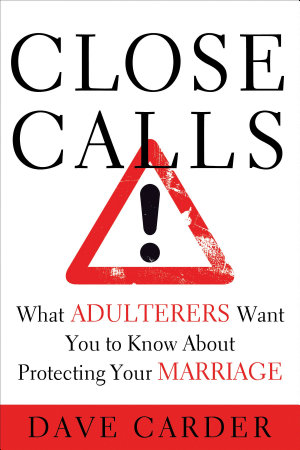 
Never say never; because just when you think your marriage is safe from adultery is when you may be the most vulnerable. Dave Carder, counselor, author of the bestselling Torn Asunder (100,000 in print), and a sought-after expert on issues of adultery. Now, with eye-opening stories, clinical insights, and up-to-date data, he reveals what adulterers learned the hard way- and want the rest of us to know. For example, every spouse has a "Dangerous Partner Profile" of the kind of person who tempts them. Close Calls should be on every church leader's and marriage counselor's required reading list. Includes charts and assessments.


Because close calls, often termed near misses, don't raise the same concerns about malpractice liability and may be less emotionally charged than errors that cause serious harm, they are a unique source of learning for individuals and organizations striving to keep patients safe. This book tells how to take advantage of these lessons to prevent today's close call from turning into tomorrow's catastrophic event. Special Features: * Foreword by human error expert James Reason, Ph.D. * Authoritative tutorials on what the literature tells us about the concept of close calls and their identification, relationship with errors, and use in assessing and improving the safety and reliability of health care. * 15 detailed case studies from a variety of clinical disciplines and specialties to show how health care organizations use close calls to identify and solve patient safety problems 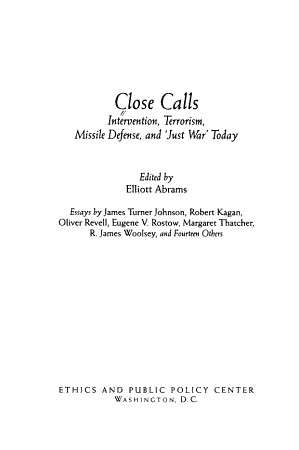 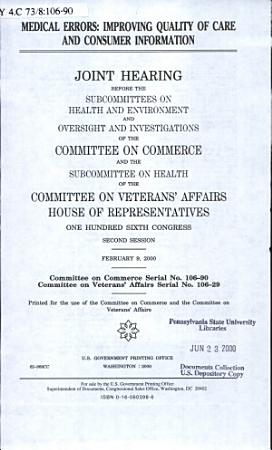 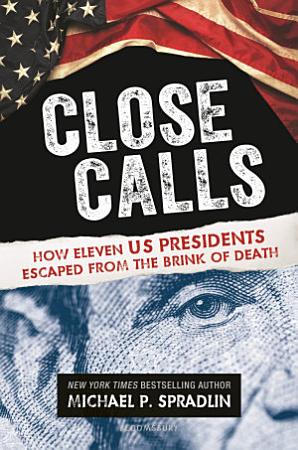 
Historians tell the stories of tragic and untimely presidential deaths, but often forgotten are the near misses. JFK and his fellow servicemen spent six days on a desert island with only coconuts to eat after a deadly attack during WWII. Abe Lincoln was forced to take a train trip in disguise while America's first female detective worked to foil an early assassination attempt. And when Andrew Jackson was attacked by an upset citizen who had been stalking him for months, frontiersman Davey Crockett was the one to save him. With pacy, immediate writing and including supplemental archival photographs and archival materials, this book chronicles thrilling undertold stories of U.S. presidents' moments of bravery. 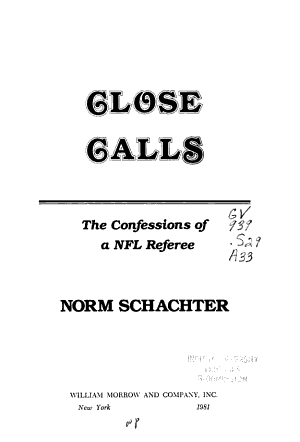 
Zach Moss doesn't much like being a private investigator spying on errant spouses, but he would admit it has its intriguing moments. He gets more intrigue than he bargained for when he asks Jenny Lee to be his partner. The murder of a wayward spouse and a hundred million-dollar scam throws Moss and Jenny into the Byzantine world of a large corporation. It's not hard for them to imagine someone killing for one hundred million bucks. The murder turns out to be one of a series that began over twelve years before and still continues. Then Moss and Jenny connect the murders to one of Kansas City's leading citizens. As Jenny says about the leading citizen, "that dude is several steps past weird". As they dig further, they find the connection between the scam and murders unraveling. Several powerful people in the city reach the conclusion that Moss and Jenny are becoming a very serious problem. When two Chicago street soldiers arrive in town to fix their problem, Jenny Lee decides to take charge and dispenses her own form of justice.


The title of these memoirs may suggest that I wrote them against my will. That would be only half right. A part of me wanted to write an account of my life, and another part of me opposed doing so. In the end I overcame my misgivings and went ahead. I realize that writing one's memoirs may sound pretentious since it used to be that only important people such as former presidents and retired diplomats did so. This is no longer the case; there are now "kids" of twenty-five who are writing memoirs. There are several advantages in recording one's memoirs instead of writing history. For one thing readers can always criticize the historian if they find errors of fact. The memoirist is, however, incorrigible (in the original, Latin sense of the word) since no one can say, "That's not how you remember that event." Another advantage is that it doesn't require a lot of research. I have written fifteen-page "scholarly articles" that have sixty-five footnotes. I've sometimes read whole books just to support one sentence with one footnote. For a long time I've thought how much fun it would be to write something that wouldn't require months of research, and it was fun. Anyone who relaxes, closes his eyes and travels back in time will be astounded to discover how much is stored deep down in the recesses of the mind. I made outlines and drafts full of abbreviations, and then I dictated to my computer using MacSpeech Dictate. It's wonderful to speak and see the words appear on the screen. Of course, the first draft required extensive editing for many reasons, but I enjoyed that too. In a sense I only did what grandparents have done since tape recorders were invented, but now technology enables us to turn it into a book. The bare bones, non-scintillating style of what I have produced is partially due to the fact that it was dictated. I could have spent months or even years polishing what I have written, but as the poet Andrew Marvell put it, "At my back I always hear/Time's winged chariot hurrying near " I mainly have my grandchildren in mind as an audience, but it may be that other relatives and even some friends will find the end product diverting. I have no illusions about any widespread interest, and I certainly don't expect to sell any copies or earn any royalties. If there is a pattern to my life, it is that Divine Providence repeatedly saved me from my own foolishness. Time and again I wanted something desperately and didn't get it, only to find that God had something much better in store for me. There were many more "close calls" than I discuss herein --- many too frightening to contemplate or record. Looking at what I've accomplished in another way, a cynical friend once told me I haven't done as well as my friends expected, but I've done better than my enemies hoped! There is much to be thankful for. My teacher, Elizabeth Jarrett Andrew, read a draft of the manuscript and made many valuable suggestions. It is a pleasure to thank her publicly for her assistance and inspiration.


Eggie was a paratrooper who served with the 101st Airborne Screaming Eagles in the European Theater during World War II and this memoir details his experiences during that time.