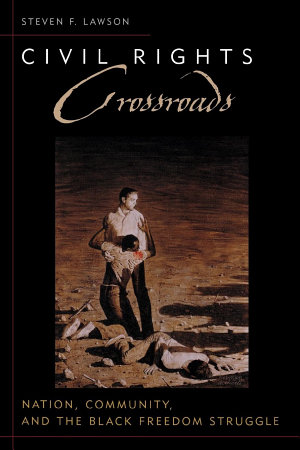 
Over the past thirty years, Steven F. Lawson has established himself as one of the nation's leading historians of the black struggle for equality. Civil Rights Crossroads is an important collection of Lawson's writings about the civil rights movement that is essential reading for anyone concerned about the past, present, and future of race relations in America. Lawson examines the movement from a variety of perspectives -- local and national, political and social -- to offer penetrating insights into the civil rights movement and its influence on contemporary society. Civil Rights Crossroads also illuminates the role of a broad array of civil rights activists, familiar and unfamiliar. Lawson describes the efforts of Martin Luther King Jr. and Lyndon Johnson to shape the direction of the struggle, as well as the extraordinary contributions of ordinary people like Fannie Lou Hamer, Harry T. Moore, Ruth Perry, Theodore Gibson, and many other unsung heroes of the most important social movement of the twentieth century. Lawson also examines the decades-long battle to achieve and expand the right of African Americans to vote and to implement the ballot as the cornerstone of attempts at political liberation. 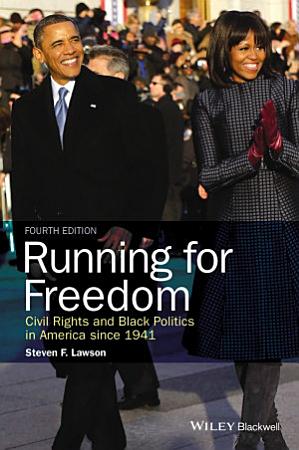 
Running for Freedom, Fourth Edition, updates historian Steven Lawson’s classic volume detailing the history of African-American civil rights and black politics from the beginning of World War II to the present day. Offers comprehensive coverage of the African-American struggle for civil rights in the U.S. from 1941 to 2014 Integrates events relating to America’s civil rights story at both the local and national levels Features new material on Obama’s first term in office and the first year of his second term Includes addition of such timely issues as the Trayvon Martin case, the March on Washington 5oth anniversary, state voter suppression efforts, and Supreme Court ruling on Voting Rights Act 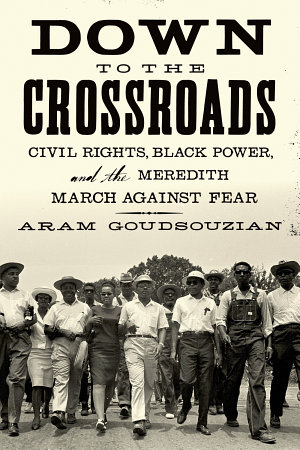 
In 1962, James Meredith became a civil rights hero when he enrolled as the first African American student at the University of Mississippi. Four years later, he would make the news again when he reentered Mississippi, on foot. His plan was to walk from Memphis to Jackson, leading a "March Against Fear" that would promote black voter registration and defy the entrenched racism of the region. But on the march's second day, he was shot by a mysterious gunman, a moment captured in a harrowing and now iconic photograph. What followed was one of the central dramas of the civil rights era. With Meredith in the hospital, the leading figures of the civil rights movement flew to Mississippi to carry on his effort. They quickly found themselves confronting southern law enforcement officials, local activists, and one another. In the span of only three weeks, Martin Luther King, Jr., narrowly escaped a vicious mob attack; protesters were teargassed by state police; Lyndon Johnson refused to intervene; and the charismatic young activist Stokely Carmichael first led the chant that would define a new kind of civil rights movement: Black Power. Aram Goudsouzian's Down to the Crossroads is the story of the last great march of the King era, and the first great showdown of the turbulent years that followed. Depicting rural demonstrators' courage and the impassioned debates among movement leaders, Goudsouzian reveals the legacy of an event that would both integrate African Americans into the political system and inspire even bolder protests against it. Full of drama and contemporary resonances, this book is civil rights history at its best. 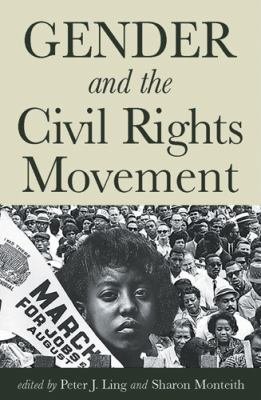 
"The most interesting field for new research on the civil rights movement is in the area of gender. This book breaks new ground by moving beyond a discussion of the contributions of individual women and men and covers the gendered basis of internal civil rights politics." --Steven Lawson, professor of history, Rutgers University, and author of Civil Rights Crossroads: Nation, Community, and the Black Freedom Struggle "These provocative, wide-ranging analyses offer refreshing perspectives on the persistently troubling question of the role of gender in American racial politics and bring contemporary debates on the relationship between sex and race into much-needed historical perspective." -Allison Graham, author of Framing the South: Hollywood, Television, and Race During the Civil Rights Struggle and co-producer of the documentary film At the River I Stand This collection of nine essays analyzes the people, the protests, and the incidents of the civil rights movement through the lens of gender. More than just a study of women, the book examines the ways in which assigned sexual roles and values shaped the strategy, tactics, and ideology of the movement. The essays deal with topics ranging from the Montgomery bus boycott and Rhythm and Blues to gangsta rap and contemporary fiction, from the 1950s to the 1990s. Referring to groups such as the National Council of African American Men and events such as the Million Man March, the authors address male gender identity as much as female, arguing that slave/master relations from before the Civil War continued to affect Black masculinity in the postwar battle for civil rights. Whereas feminism traditionally deals with issues of patriarchy and prescribed gender roles, this volume shows how race relations continue to complicate sex-based definitions within the civil rights movement. 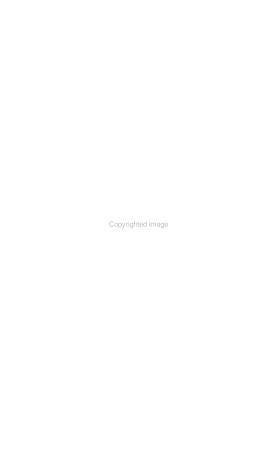 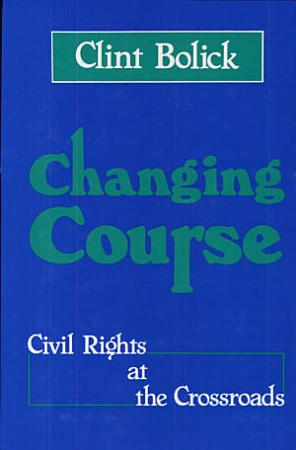 
Clint Bolick is co-founder of the Institute for Justice and President of the Alliance for School Choice. 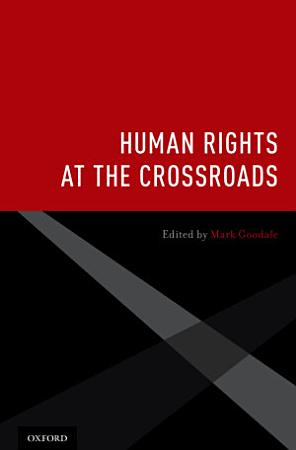 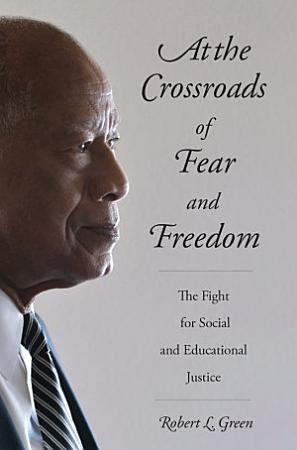 
Robert L. Green, a friend and colleague of Martin Luther King Jr., served as education director for King’s Southern Christian Leadership Conference during a crucial period in Civil Rights history, and—as a consultant for many of the nation’s largest school districts—he continues to fight for social justice and educational equity today. This memoir relates previously untold stories about major Civil Rights campaigns that helped put an end to voting rights violations and Jim Crow education; explains how Green has helped urban school districts improve academic achievement levels; and explains why this history should inform our choices as we attempt to reform and improve American education. Green’s quest began when he helped the Kennedy Administration resolve a catastrophic education-related impasse and has continued through his service as one of the participants at an Obama administration summit on a current academic crisis. It is commonly said that education is the new Civil Rights battlefield. Green’s memoir, At the Crossroads of Fear and Freedom: The Fight for Social and Educational Justice, helps us understand that educational equity has always been a central objective of the Civil Rights movement. 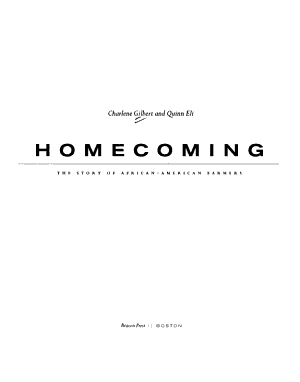 
A history of African American farmers from the Reconstruction era to the present documents their struggle to own land, and discusses the Supreme Court decision to compensate them for historically unfair banking practices. 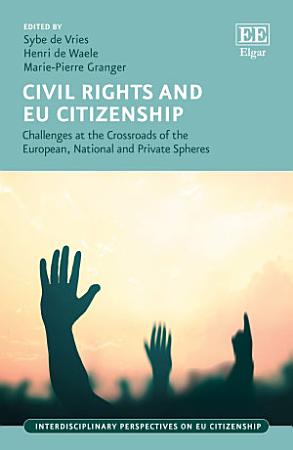 
The process of European integration has had a marked influence on the nature and meaning of citizenship in national and post-national contexts as well as on the definition and exercise of civil rights across Member States. This original edited collection brings together insights from EU law, human rights and comparative constitutional law to address this underexplored nexus.Split into two distinct thematic parts, it first evaluates relevant frameworks of civil rights protection, with special attention on enforcement mechanisms and the role of civil society organisations. Next, it engages extensively with a series of individual rights connected to EU citizenship. Comprising detailed studies on access to nationality, the right to free movement, non-discrimination, family life, data protection and the freedom of expression, this book maps the expanding role of European law in the national sphere. It identifies a number of challenges to core civil rights that the current supranational framework is at pains to address. The contributors suggest and develop several new ideas on how to take the EU integration project forward. Civil Rights and EU Citizenship provides an innovative perspective on both the conceptual dimensions and the actual realities of rights-based citizenship which will be of interest to legal scholars, practitioners and policy-makers alike.