1 Read eBook for: chupacabras and other mysteries [PDF]


This is an examination of the goatsucker which has been mutilating animals and terrorizing the residents of Puerto Rico. Other mysteries of the island are explored, including numerous UFO encounters, subsequent government cover-ups, and much other data. 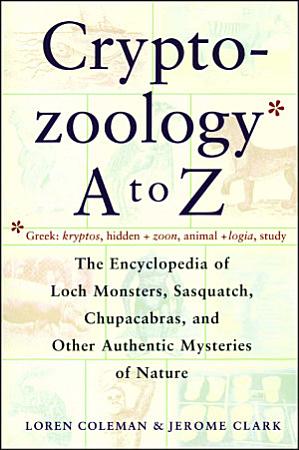 
The ultimate quest for the world's most mysterious creatures The Loch Ness Monster, Bigfoot, the Abominable Snowman -- these are the names of the elusive beasts that have caught the eye and captured the imaginations of people around the world for centuries. Recently, tales of these "monsters" have been corroborated by an increase in sightings, and out of these legends a new science has been born: cryptozoology -- the study of hidden animals. Cryptozoology A to Z, the first encyclopedia of its kind, contains nearly two hundred entries, including cryptids (the name given to these unusual beasts), new animal finds, and the explorers and scientists who search for them. Loren Coleman, one of the world's leading cryptozoologists, teams up with Jerome Clark, editor and author of several encyclopedias, to provide these definitive descriptions and many never-before-published drawings and photographs from eyewitnesses' detailed accounts. Full of insights into the methods of these scientists, exciting tales of discovery, and the history and evolution of this field, Cryptozoology A to Z is the most complete reference ever of the newest zoological science. 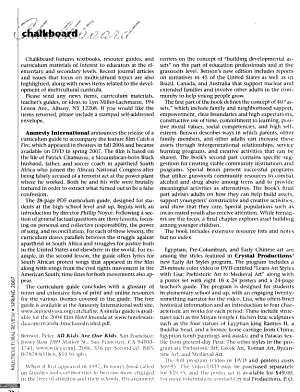 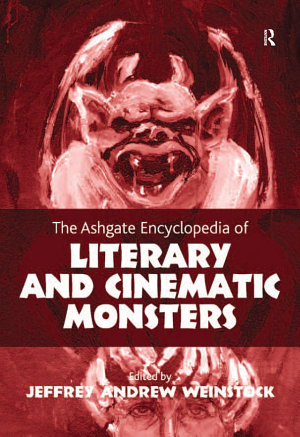 
From vampires and demons to ghosts and zombies, interest in monsters in literature, film, and popular culture has never been stronger. This concise Encyclopedia provides scholars and students with a comprehensive and authoritative A-Z of monsters throughout the ages. It is the first major reference book on monsters for the scholarly market. Over 200 entries written by experts in the field are accompanied by an overview introduction by the editor. Generic entries such as 'ghost' and 'vampire' are cross-listed with important specific manifestations of that monster. In addition to monsters appearing in English-language literature and film, the Encyclopedia also includes significant monsters in Spanish, French, Italian, German, Russian, Indian, Chinese, Japanese, African and Middle Eastern traditions. Alphabetically organized, the entries each feature suggestions for further reading. The Ashgate Encyclopedia of Literary and Cinematic Monsters is an invaluable resource for all students and scholars and an essential addition to library reference shelves. 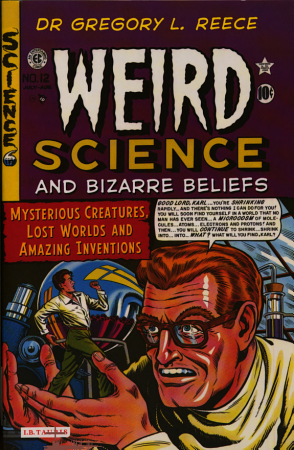 
A journey into the bizarre world of science, religion, and pseudoscience looks at the mysteries of the Yeti, Shangri-La, lost civilizations, strange creatures in Loch Ness, Nikola Tesla's time travel and anti-gravity theories, Atlantis, and other oddities. 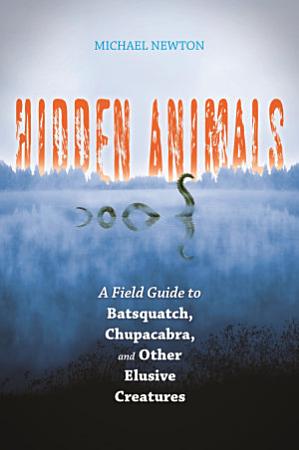 
A global survey of unknown creatures reported by thousands of eyewitnesses--creatures that have either been verified, refuted, or are still being examined by scientific researchers. * Nearly 100 entries on the full range of cryptids, organized into categories of types of animals * Primary sources, including eyewitness accounts of sightings of undocumented creatures * Sketches of reported hidden animals and photographs of real species uncovered in the pursuit of cryptids * A "Who's Who" in cryptozoology with brief biographies of major figures in the field * A wide-ranging bibliography of print and online resources for further exploration * A comprehensive index of animals (real and speculative), people, places, and discoveries 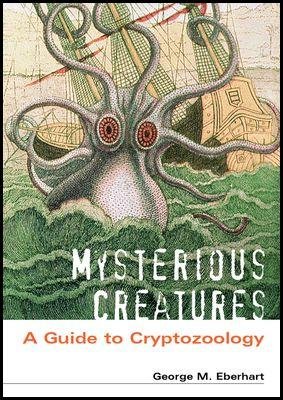 
Offers a comprehensive guide to identifying animals yet to be officially recognized in science, and discusses where these animals live and why they remain a mystery. 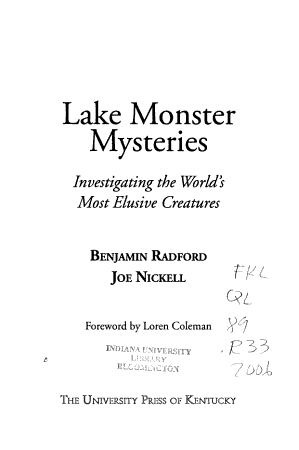 
The first book to collectively approach the widespread mysteries of dark, mysterious creatures that hide in area lakes from a scientific perspective uses exhaustive research and results from firsthand investigations to help separate truth from myth.


Responding to the surging interest among students for information on topics relating to magic, witchcraft, the supernatural and other mysterious phenomena, Gale presents this in-depth, comprehensive 3-vol. set. Information is arranged in an objective manner, presenting varying viewpoints when appropriate, and is written at a level that younger students and researchers can understand. Chapters offer a thorough look at the history of each topic and cover the people and practices, as well as popular literature, television programs and movies, related to the subject. Other features include: Approximately 300 photos and illustrations "Making the Connection," a detailed glossary "Delving Deeper," a helpful further readings section Cumulative index Sidebars highlighting unusual facts, features, and people, as well as related books, films, Web sites, and other sources of relevant information 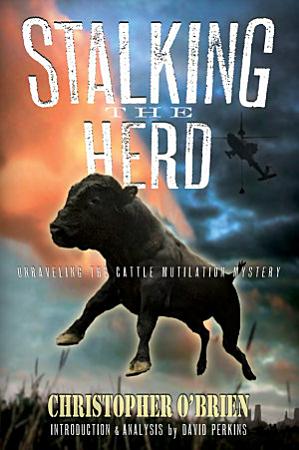 
Who or What is Behind the Cattle Mutilations? The cattle mutilation phenomenon is an ongoing mystery that has endured for almost 50 years. What have we learned, if anything, from the countless reports filed? Who or what is behind the death and disfigurement of livestock reported as mutilated around the globe? Are these deaths simply attributable to natural predators and scavengers? Or is the military/government somehow involved; perhaps monitoring “mad cow disease”? Are the deaths the action of ritual “cultists” as police say the evidence would suggest? Is it possible that alien predators are involved, as some researchers and the media have suggested? Are black helicopters or UFOs related to the cattle mutilation phenomenon as many witnesses have claimed? Regardless of who or what is responsible, what are the motivations behind perpetrating what may be the greatest unsolved serial crime spree of all time? Stalking the Herd addresses these questions in depth and also offers an objective look at the history of our venerated relationship with cattle, the first domesticated livestock. Is there a connection between these ritualistic cattle deaths and humankind’s ancient practice of animal sacrifice? Why are there no Brahman cattle mutilations in India where cattle are revered to this day? Are aliens gathering genetic material for unknown purposes? What about the thousands of pounds of scientific forensic evidence? Are some hidden sections of the military conducting secret projects that—for some reason known only to them—involve the mutilation of hundreds of cattle in an area that includes Colorado Springs, the NORAD command base inside Cheyenne Mountain and the strange little town called Dulce on a small Apache Reservation? 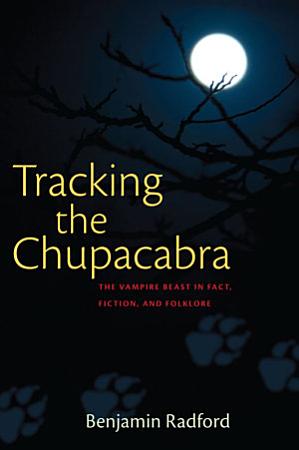 
The author aims to solve the mystery of the chupacabra--a blood-sucking beast whose origins are in Latin America--parsing through eyewitness accounts, looking at forensic analysis and exploring the cultural reasons behind the persistent belief by some that the animal actually exists. Original. 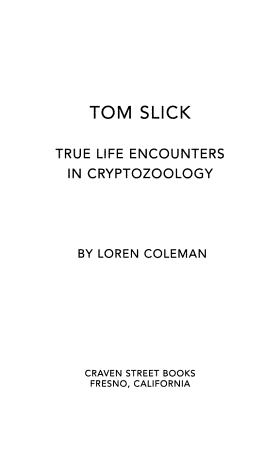 
This true story of Texas millionaire Tom Slick's quest for the Abominable Snowman and other cryptids—creatures unknown to science—reveals a life made for the movies. Fascinating stories of Slick's early brushes with adventure such as his stepfather's abduction by George “Machine Gun” Kelly in 1933 and his creation of a research facility near Loch Ness are followed by his later expeditions into Nepal and the Pacific Northwest in search of the yeti and its counterpart, the Sasquatch. The story of Slick's amazing, fanatic, and driven search for the stuff of legends takes readers on a whirlwind journey from the dense temperate rainforests of Washington State to the icy peaks of the Himalayas—and shows that sometimes cryptids leave the halls of the imagination and are found and captured, as proved by the giant panda and the Komodo dragon, leaving readers to wonder what more there is to be discovered.