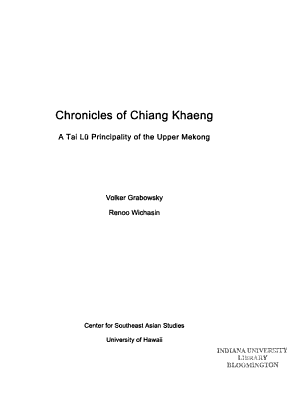 
Chronicles of Chiang Khaeng goes far beyond a mere annotated translation of four Lu chronicles. The polyglot co-authors, Grabowsky and Wichasin, take the annotations out of their meticulously researched footnotes of the translation proper and deftly integrate them into a history not only of a principality in northwestern Laos but a panorama of the jostlings for power among other chiang and their respective chao in the upper Mekong region. This geographic area outlines a cultural realm that shared Buddhist ethics and dhammic writing while also subscribing to the notion of hierarchy reinforced by demands for tribute, the display of regalia and pomp, and the brutal armed removal of local populations in incessant wars over human resources. Myth and history merge in these chronicles, which document sibling and spousal rivalries in networks of intermarriage and political alliances among the elite of the region. All of this was taking place at a time in history when the British and French arrived on the scene to engage China and newly emerging Siam in a mapping exercise that brought an end to centuries of regional rule by previously fairly autonomous city states. In this careful study, Chiang Khaeng emerges as a paradigm of a Southeast Asian tributary state with more than one overlord. Chronicles is a model of translation skill and historical acumen at its finest.


Laos's emergence as a modern nation-state in the 20th century owed much to a complex interplay of internal and external forces. Arguing that the historiography of Laos needs to be understood in this wider context, this study considers how the Lao have written their own nationalist and revolutionary history "on the inside," while others-the French, Vietnamese, and Thais-have attempted to write the history of Laos "from the outside" for their own political ends. As nationalist historiography, like the formation of the nation-state, does not emerge within a nationalist vacuum but rather is created and contested from inside and out, this incisive volume's approach has applications and implications far beyond Laos. 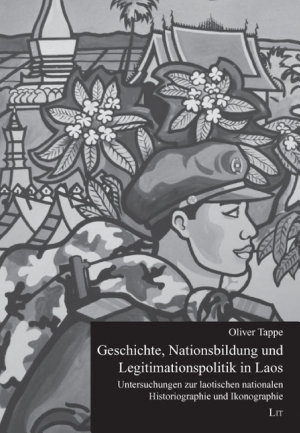 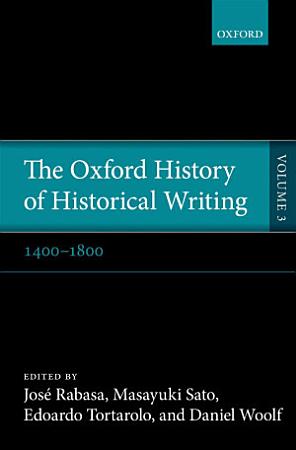 
Volume III of The Oxford History of Historical Writing contains essays by leading scholars on the writing of history globally during the early modern era, from 1400 to 1800. The volume proceeds in geographic order from east to west, beginning in Asia and ending in the Americas. It aims at once to provide a selective but authoritative survey of the field and, where opportunity allows, to provoke cross-cultural comparisons. This is the third of five volumes in a series that explores representations of the past from the beginning of writing to the present day, and from all over the world. 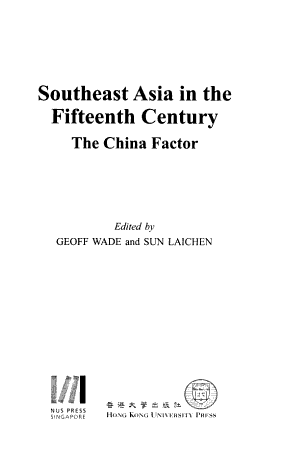 
The fifteenth century is an enigma in Southeast Asian history---too late for classical inscriptions, and generally too early for indigenous texts or European observations. The arrival of European ships, ideas and economies in the early sixteenth century has long been seen as the origin of the early, modern era in Southeast Asia, but the present collection challenges this view, suggesting that intense and lasting political and economic changes were already well underway by 1500. -- 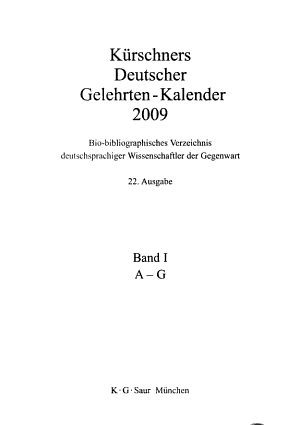 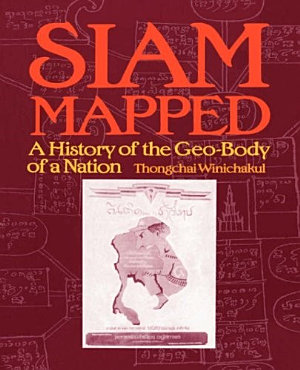 
This study of nationhood explores the 19th-century confrontation of ideas that transformed the kingdom of Siam into the modern conception of a nation. Siam Mapped demonstrates that the physical and political definition of Thailand on which other works are based is anachronistic. 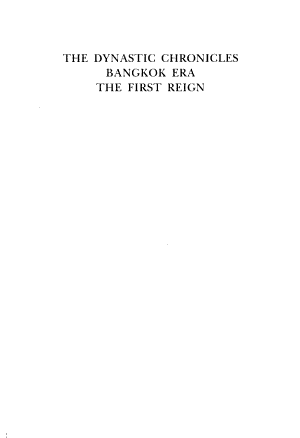 
The Tai Lu are a Tai-speaking group closely related to the Khon Muang or Tai Yuan, the dominant ethnic group in Northern Thailand. According to their own historical tradition, the ancestors of the Tai Lu migrated from what is now northwestern Vietnam into the southern part of Yunnan, where they founded their own kingdom in the twelfth century. Today, the Tai Lu are the most important population group within the so-called "Economic Quadrangle" of the Upper Mekong, which plays an increasingly important economic and geopolitical role. Chronicle of Sipsong Panna offers the first English translation of four different versions of the Chronicle of Moeng Lu (also known as Sipsong Panna) based on the oldest extant manuscripts. The volume provides a comprehensive analysis of Tai Lu historical sources and a valuable introduction to the history and society of the Upper Mekong region. Foon Ming Liew-Herres is the author of Treatises on Military Affairs of the Ming Dynastic History. Volker Grabowsky is professor of Thai studies at the University of Hamburg. He is co-author with Renoo Wichasin of Chronicles of Chiang Khaeng: A Tai Lu Principality of the Upper Mekong. 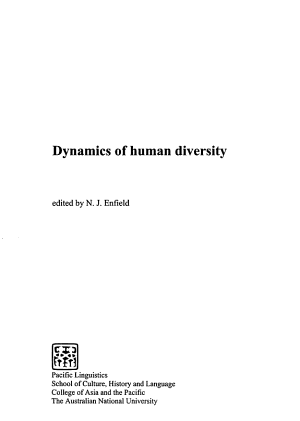 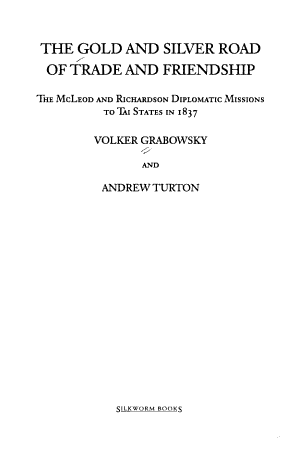 
When British diplomats McLeod and Richardson set out on their missions to the Tai states in December 1836, their aim was trade and friendship. Captain William Couperus McLeod and Dr. David Richardson, both of the East India Company Madras Army, traveled from Moulmein on elephants, horses, and in the caravans of traders, to the present-day regions of the Shan States in Burma, northern Thailand, and Sipsong Panna in China. As the first Europeans to officially visit the region, they experienced some extraordinary social and cultural encounters. McLeod and Richardson had been in action in the first Anglo-Burmese War (1824-6) and had experience of other missions in Burma and Siam. They were fluent in Burmese and had a basic knowledge of Tai. They wrote superbly of their journeys and diplomatic exchanges. Their journals are published here in full, with detailed notes, for the first time. The richness of their narratives, their records of scientific, social, and cultural detail, their engaging insights, and some prejudices, make this engrossing reading for the enthusiast of travel and adventure literature. More than this, it is an essential new resource for scholars of many kinds-historians, anthropologists, geographers, and botanists, to name a few. Grabowsky and Turton provide an analytical commentary on the journals, and on the conditions and contexts of their writing and subsequent use. The authors set the information in the journals in the context of indigenous Tai language sources. They also present completely new research on the British settlement in the Tenasserim Provinces of peninsular Burma, along with the biographies of McLeod and Richardson, who appear, for the first time, as three-dimensional individuals. This volume is a state-of-the-art example of how to make archival material like these journals, which are among the finest of the period, accessible to a broad audience. Volker Grabowsky is professor of South East Asian history at the Westfalische Wilhelms-Universitut Munster. Andrew Turton is reader in anthropology at the School of Oriental and African Studies, University of London. 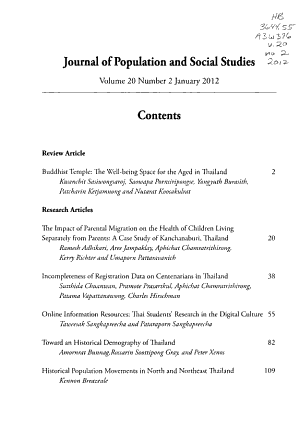