0 Read eBook for: art politics and will [PDF] 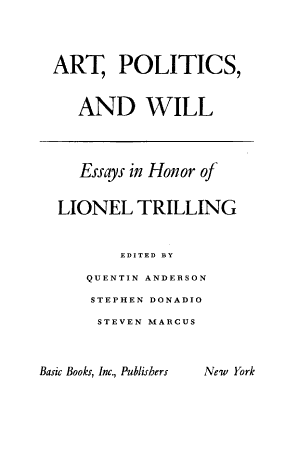 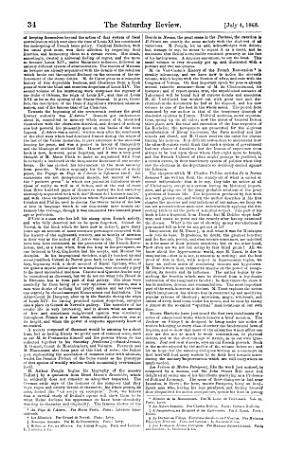 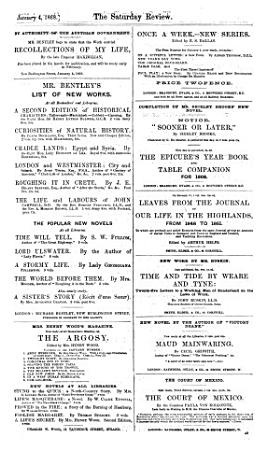 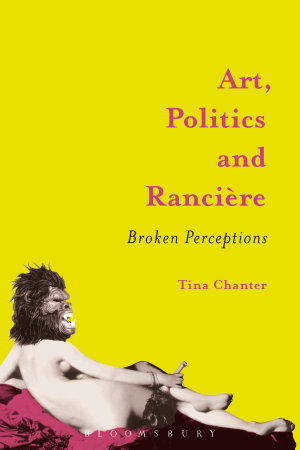 
Even those who take themselves to be breaking from tradition-from the metaphysical tradition of philosophy, from grand narratives, neoliberalism or Eurocentrism-can remain blindly attached to them. Art, Politics and Rancière: Broken Perspectives provides an account of how works of art can, but do not necessarily, interrupt dominant narratives. Inspired by Jacques Rancière, Tina Chanter assumes his work as a starting point. She presents a rigorous and appreciative critique of Rancière's story of aesthetics, paying close attention to gender and race. Along with the relationship between the unconscious and the political, perception is a key theme throughout, used to address questions such as 'How do some things become visible, while other things remain invisible?' 'What does it take for something to be seen, and why do other things elude visibility?' Alongside illuminating discussions of Rancière, Heidegger and Levinas are informed accounts of artists Ingrid Mwangi, Phillip Noyce, Ingrid Pollard, and Gillian Wearing. Outlining the basis of a new political aesthetic, Art, Politics and Rancière develops an original philosophical consideration that is sensitive to race and gender, yet not reducible to these concerns. 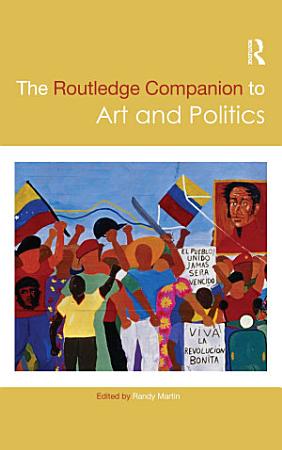 
The Routledge Companion to Art and Politics offers a thorough examination of the complex relationship between art and politics, and the many forms and approaches the engagement between them can take. The contributors - a diverse assembly of artists, activists, scholars from around the world – discuss and demonstrate ways of making art and politics legible and salient in the world. As such the 32 chapters in this volume reflect on performing and visual arts; music, film and new media; as well as covering social practice, community-based work, conceptual, interventionist and movement affiliated forms. The Companion is divided into four distinct parts: Conceptual Cartographies Institutional Materialities Modalities of Practice Making Publics Randy Martin has assembled a collection that ensures that readers will come away with a wider view of what can count as art and politics; where they might find it; and how it moves in the world. The diversity of perspectives is at once challenging and fortifying to those who might dismiss political art on the one hand as not making sufficient difference and on the other to those embracing it but seeking a means to elaborate the significance that it can make in the world. The Routledge Companion to Art and Politics brings together a range of issues and approaches and encourages critical and creative thinking about how art is produced, perceived, and received. 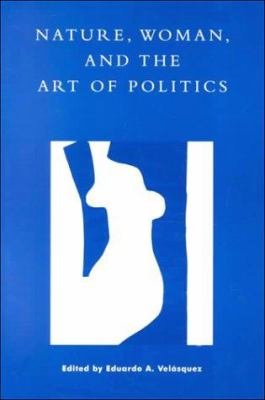 
This impressive collection of previously unpublished essays examines the relationship between competing conceptions of 'nature' and 'woman.' By looking historically and comprehensively at the problems and questions associated with human thinking about nature and woman, the contributors strive to gain the proper vantage point from which to assess modern virtues and vices. Also taking note of important religious and literary contributions to thought on nature and woman, these essays present a broad range of claims from classical Greece to the present intended to stimulate modern thinking. Nature, Woman, and the Art of Politics will prove indispensable to scholars of philosophy, political science and womenOs studies. 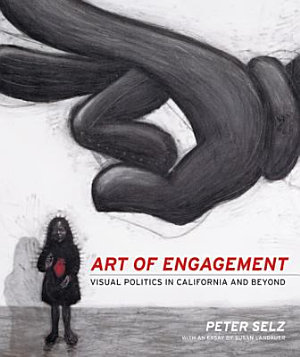 
"The Art of Engagement represents a singular contribution to debates about the politics of art in California and far beyond."—Derrick R. Cartwright, author of Benjamin West: Allegory and Allegiance and co-author of Luis Gispert/Loud Image, and An Interlude in Giverny "This book's combination of California as a subject, especially the social and political components, with the visual arts, makes it of wide interest to both scholars and general readers."—Paul J. Karlstrom, editor of On the Edge of America 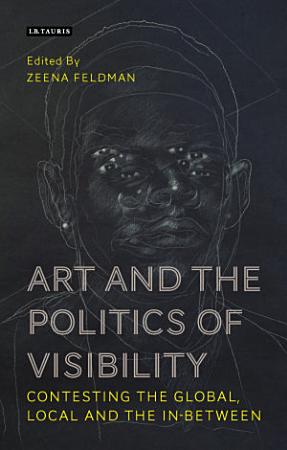 
In an era of unprecedented global mobility, artists face unique challenges. How does cultural context affect the interpretation of art? What makes artists’ work transnational or national in character, and how will their visibility be impacted by either label? Art and the Politics of Visibility questions these dynamics, asking how the dissemination of visual culture on a global scale affects art and its institutions. Taking Shanghai-based artist Yang Fudong’s practice as a point of departure, this volume focuses on how politically charged images produced in contemporary art, cinema, news media and fashion become widely consumed or marginalised. Through case studies of artists and institutions including Isaac Julien, Wafaa Bilal, Jeremy Deller and the itinerant biennale Manifesta, the book illuminates the relationship between visibility, politics and identity in contemporary art. 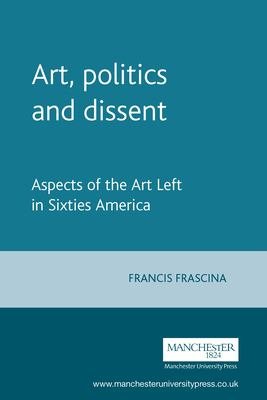 
Art, Politics and Dissent provides a counter history to conventional accounts of American art. Close historical examinations of particular events in Los Angeles and New York in the 1960s are interwoven with discussion of the location of these events, normally marginalized or overlooked, in the history of cultural politics in the United States during the postwar period. 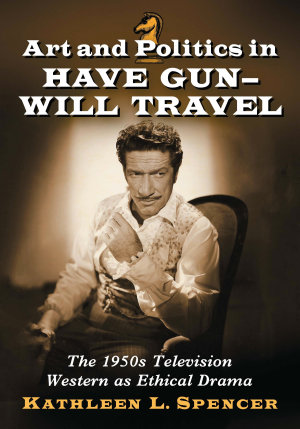 
From 1955 to 1964, American television was awash in adult Westerns, as much as one quarter of all prime-time programming. During its six seasons (1957–1963), Have Gun–Will Travel was recognized as one of the best shows on television—politically the most liberal, and intellectually and aesthetically the most sophisticated, largely because of Richard Boone. This work places the series in its larger historical context, exploring why the Western was so popular at the time, and examines how the early history of television affected the shows. A brief biography of Boone is included, revealing how his values and experiences shaped the series. Behind-the-scenes life on the show is compared with that of its most popular competitors, Gunsmoke, Wagon Train and Bonanza. Major themes and patterns of the shows are compared, in particular the figures of the lawman, the gunfighter and the outlaw, racial and ethnic minorities, and women. 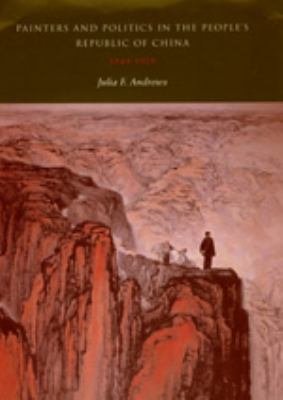 
"That Julia Andrews has reached sources that are so sensitive and difficult with such success is remarkable. The book is unquestionably a brilliant job, well-written, understandable, and of enormous scholarly value."--Joan Lebold Cohen, author of The New Chinese Painting 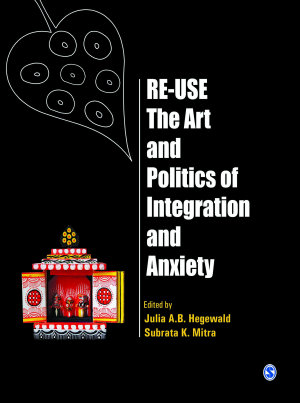 
Presented here is a novel approach to understanding the relationship between the past and the present using the unique concept of re-use, wherein elements from the past are strategically adapted into the present, and thus become part of a new modernity. The book uses this method as a heuristic tool for analysing and interpreting cultural and political changes and the transnational flow of ideas, concepts and objects. The chapters apply this concept to South Asia but the concept of re-use and the method of its application are both general and amenable to cross-cultural and comparative analysis. Re-use is a collection of well-researched and lucidly written scholarly articles that apply the concept of re-use to different aspects of cultural, political and material life-from art, architecture and jewellery to religion, statesmen and legislatures. By not treating artistic, political, religious and cultural developments as linear evolutions, this book encourages readers to understand them as a continuous modification of the past and a periodic return to earlier forms. Beautifully illustrated with exquisite images, and containing a scholarly bibliography pointing in the direction of hitherto unexplored terrain, this new text will be a source of inspiration to the specialist and a source of delight to the general reader.