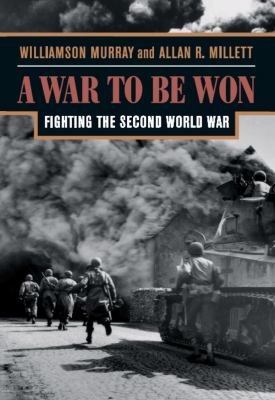 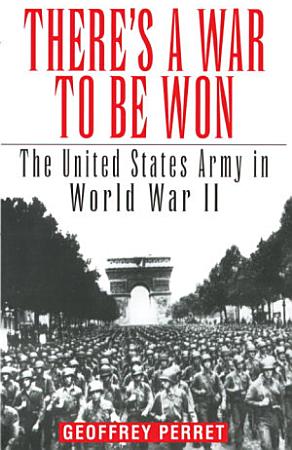 
THERE'S A WAR TO BE WON is the landmark story of one of the greatest armies in history, a conscript force of amateur soldiers who had an unparalleled record of combat success. Here -- for the first time in one volume -- is the chronicle of the United States Army's dramatic mobilization and stunning march to victory in World War II. In a lively and engrossing narrative that spans theaters of operations around the world, Geoffrey Perret tells how the Army was drafted, trained, organized, armed, and led at every stage of the war. Beginning with the prescient military planners of the 1930s, he offers vivid warts-and-all profiles of the farsighted commanders who would lead the way, men like Marshall, MacArthur, Eisenhower, Ridgway, Bradley, and Patton. Drawing heavily on important new source material in major archives throughout the United States, THERE'S A WAR TO BE WON offers new insights into the wartime Army, its commanders, and its battles. A major work of American military history. "An immensely readable, well-researched history . . . Dramatic." -- Chicago Tribune 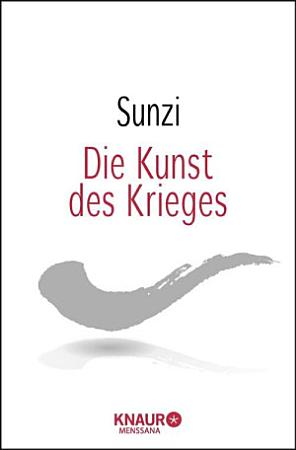 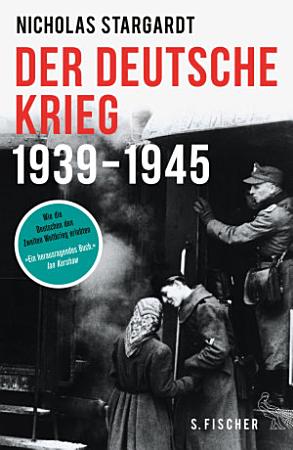 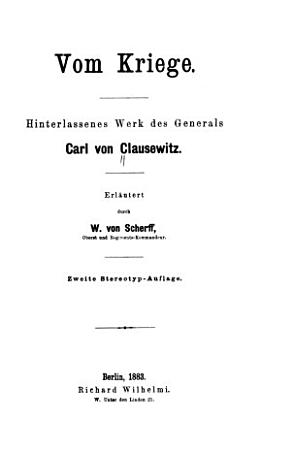 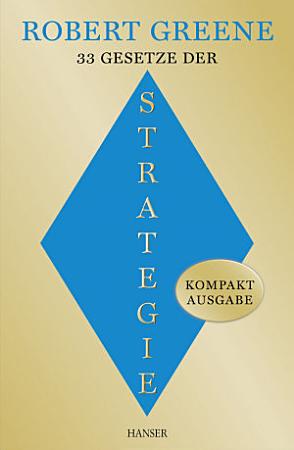 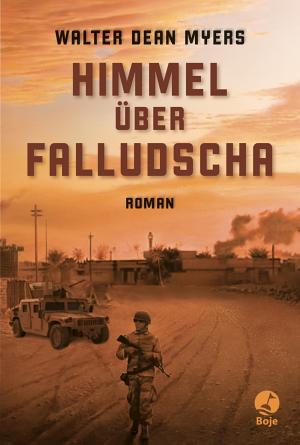 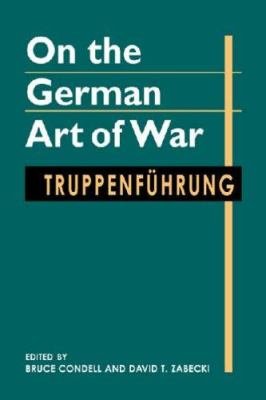 
"Indispensable."--Prof. Robert Citino, author of The Path to Blitzkrieg "The most influential doctrinal manual ever written."--Prof. Williamson Murray, author of A War to Be Won: *Highly readable translation of the military manual that guided the German Army in World War II*Crystal-clear introduction and notes place the text in its social and military context*Topics include command, attack, defense, tanks, chemical warfare, logistics, and more: Truppenfhrung ("unit command") served as the basic manual for the German Army from 1934 until the end of World War II, creating the doctrinal framework for blitzkrieg and the early victories of Hitler's armies. All commissioned and senior noncommissioned officers received a copy of the book, which set forth guidelines to be applied to complex and constantly changing battle conditions. Reading it is essential to understanding how the German Army fought the war. 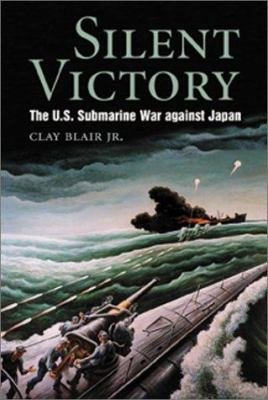 
With the content of an authoritative reference and the excitement of a thriller, this history of the U.S. submarine war is one of the most informative and entertaining books written on the Pacific campaign. The author, a respected journalist and World War II submariner himself, is credited with providing a complete and unbiased account of what happened. When published in 1975, it was the first such account to detail controversial aspects of the American campaign, from the torpedo scandal to discrepancies between claimed and confirmed sinkings. To get to the truth, Clay Blair interviewed scores of skippers, staff officers, and code breakers, and combed thousands of documents and personal papers. In addition, he thoroughly researched the development of the submarine and torpedo from pre-war to post-war times. As a result, he takes the reader into the submarine war at all levels--the highest strategy sessions in Washington, the terrifying moments in subs at the bottom of the ocean waiting out exploding depth charges, the zany efforts of a crew coaxing a chicken to lay an egg. He also exposes the reader to the jealous infighting of admirals vying for power and the problems between cautious older skippers and daring young commanders. Supplementing the text are nearly forty maps showing submarine activity in the context of every important naval engagement in the Pacific, more than thirty pages of photographs, multiple appendixes (including a calendar of submarine war patrols), and an index of over 2,000 entries. This is a work of great scholarship and scope that makes a timeless contribution to the history of World War II. 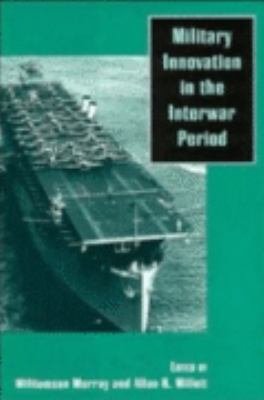 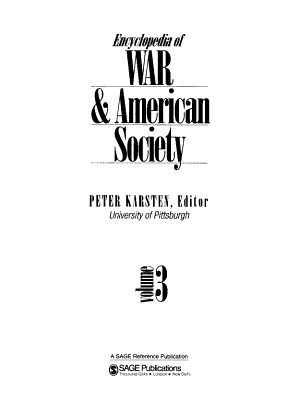 
The impact of war on American society has been extensive throughout our nation's history. War has transformed economic patterns, government policy, public sentiments, social trends and cultural expression. SAGE Reference is proud to announce the Encyclopedia of War and American Society. This Encyclopedia is a comprehensive, highly-credentialed multidisciplinary historical work that examines the numerous ways wars affect societies. The three volumes cover a wide range of general thematic categories, issues, and topics that address not only the geopolitical effects of war, but also show how the U.S. engagement in national and international conflicts has affected the social and cultural arena. Key Features Explores and analyzes three types of effects of war—direct effects, interactive relationships, and indirect effects—to illustrate the range of connections between war and American society Probes the correlations between our wartime expeditions and the experiences of the greater American society not limited to just the war years but also demonstrates how the wartime event impacted society after the conflicts ended Offers readers a host of documents including passages from letters, diaries, autobiographies, official documents, novels, poems, songs, and cartoons, as well as images, graphs, and a number of tables of relevant data, surveys, and public opinion polls to extend their research capabilities Concentrates mostly on the last 100 years to give more coverage on this often neglected wartime era Key Themes Arts and Culture Civil-Military Relations Economy and Labor Education (both military and civilian) Environment and Health Journalism and Media Law and Justice Military Leaders and Figures Planning, Command and Control Race, Gender, and Ethnicity Religion Science and Technology Veterans' Issues and Experiences The Wars themselves and their civilian and military leaders The Encyclopedia of War and American Society is a must-have reference for all academic libraries as well as a welcome addition to any social science reference collection.