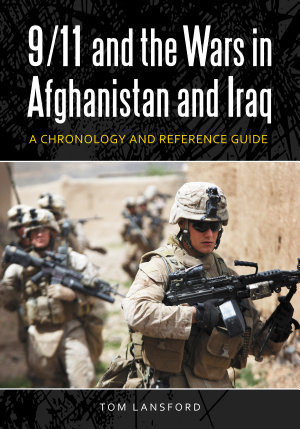 
• Provides insightful quotes from contemporary figures and primary documents ranging from Osama bin Laden's 1998 fatwa against the United States to the 2006 Iraq Study Group Report • Contains 12 biographies ranging from Osama bin Laden to George W. Bush that provide detailed background on important figures from the era • Presents a chronology of events from the 1970s to the present day, including occurrences leading to the September 11, 2001, attacks and the Iraq War • Includes a select bibliography of major works on the September 11, 2001, attacks; the war in Iraq; homeland security; and the war on terror • Contains a detailed glossary of key terms such as "Shiite" and "weapons of mass destruction" 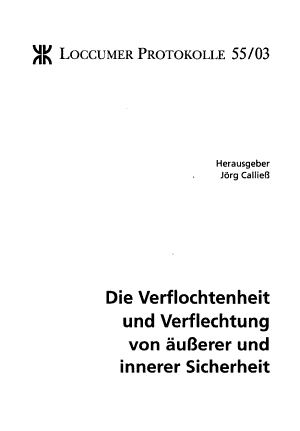 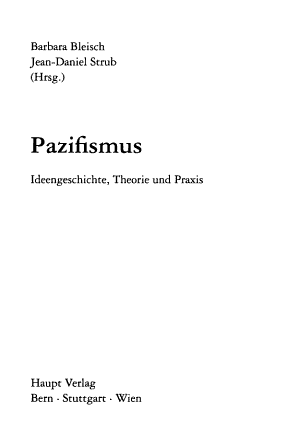 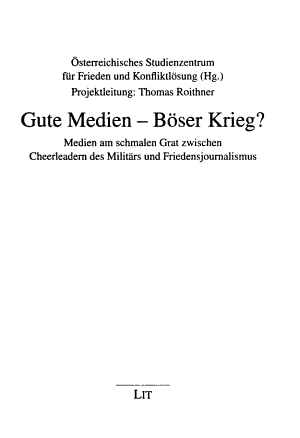 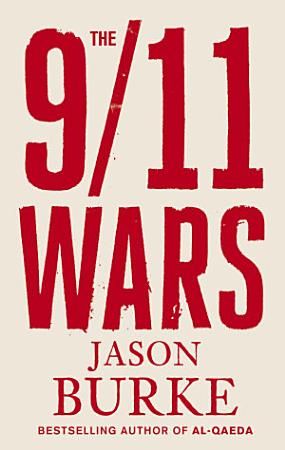 
DAILY TELEGRAPH, ECONOMIST AND INDEPENDENT BOOKS OF THE YEAR Throughout the 1990s a vast conflict was brewing. The storm broke on September 11th 2001. Since then much of the world has seen invasions, bombings, battles and riots. Hundreds of thousands of people have died. Jason Burke, a first-hand witness of many of the conflict's key moments, has written the definitive account of its course in his acclaimed book The 9/11 Wars. At once investigation, reportage and contemporary history, The 9/11 Wars is an essential book for understanding the dangerous and unstable twenty-first century. Whether reporting on the riots in France or the attack on Mumbai, suicide bombers in Iraq or British troops fighting in Helmand, Jason Burke tells the story of a world that changed forever when the hijacked planes flew out of the brilliant blue sky above Manhattan on September 11th. Reviews: 'The best overview of the 9/11 decade so far in print' Economist 'A magisterial history of the last decade ... The long patient sentences of The 9/11 Wars are suffused with the melancholy of a man who has learned a great deal from long exposure to atrocity and folly' Pankaj Mishra, Guardian 'The 9/11 Wars warrants great respect' Metro 'Pacy, well-researched, and packed with telling anecdotes, this book's strength is in its detailed, balanced overview ... At a time when there are more books out on terrorism than ever before ... this is likely to be among the best' Sunday Telegraph '[Burke] is one of the most respected and experienced foreign correspondents in the business ... A major authority on the politics and organisation of Islamic extremism and ... a talented writer with the rare gift of joining effortless prose to challenging scholarship ... [The 9/11 Wars] is a magnificent achievement' Irish Times 'A reader wanting a more dispassionate survey of how 9/11, and the response to it, may have shaped parts of the world will do no better than invest in [this] brilliant book' David Aaronovitch, The Times 'This remarkably balanced, well-sourced and very well-written book ... will be turned to in the future ... [Burke] has demonstrated impressive expertise as a historian who has had the advantage of having been present on many of the battlefields he describes' Andrew Roberts, Evening Standard '[A] lucid, sane account ... taut, careful reporting ... Remarkable' Scotsman 'Potent ... journalism of a high order. Like all good reporters, Burke is something of a scholar, drawing meticulously on interview notes years old, and on extensive background reading. He excels, too, in describing the experiences of ordinary Muslims; such insights make this book essential for understanding the past decade' Sunday Times About the author: Jason Burke is the South Asia correspondent for the Guardian. He has reported around the world for both the Guardian and the Observer. He is the author of two other widely praised books, both published by Penguin: Al-Qaeda and On the Road to Kandahar. He lives in New Delhi. 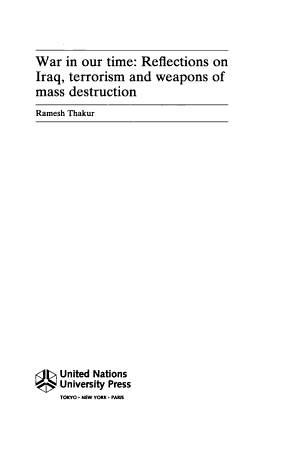 
This publication contains a collection of opinion articles written by Ramesh Thakur (formerly Assistant UN Secretary-General and currently Distinguished Fellow at the Centre for International Governance Innovation and Professor of Political Science at the University of Waterloo in Canada) for a number of newspapers around the world, including the International Herald Tribune and newspapers in Australia, Canada, Japan and India, as well as one article from the UN Chronicle. The articles consider key issues in international politics in the wake of the 9/11 terrorist attacks in the United States and the Iraq War, including the rise of global terrorism and the 'war on terror', US foreign policy and multilateralism, international law and the role of the United Nations. 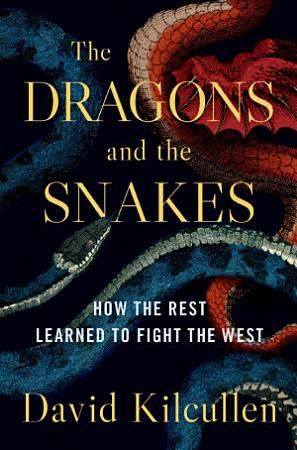 
Just a few years ago, people spoke of the US as a hyperpower-a titan stalking the world stage with more relative power than any empire in history. Yet as early as 1993, newly-appointed CIA director James Woolsey pointed out that although Western powers had "slain a large dragon" by defeating the Soviet Union in the Cold War, they now faced a "bewildering variety of poisonous snakes." In The Dragons and the Snakes, the eminent soldier-scholar David Kilcullen asks how, and what, opponents of the West have learned during the last quarter-century of conflict. Applying a combination of evolutionary theory and detailed field observation, he explains what happened to the "snakes"-non-state threats including terrorists and guerrillas-and the "dragons"-state-based competitors such as Russia and China. He explores how enemies learn under conditions of conflict, and examines how Western dominance over a very particular, narrowly-defined form of warfare since the Cold War has created a fitness landscape that forces adversaries to adapt in ways that present serious new challenges to America and its allies. Within the world's contemporary conflict zones, Kilcullen argues, state and non-state threats have increasingly come to resemble each other, with states adopting non-state techniques and non-state actors now able to access levels of precision and lethal weapon systems once only available to governments. A counterintuitive look at this new, vastly more complex environment, The Dragons and the Snakes will not only reshape our understanding of the West's enemies' capabilities, but will also show how we can respond given the increasing limits on US power. 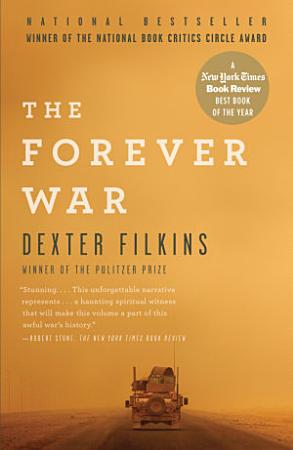 
National Bestseller One of the Best Books of the Year: New York Times, Washington Post, Los Angeles Times, USA Today, Boston Globe, and Time An instant classic of war reporting, The Forever War is the definitive account of America's conflict with Islamic fundamentalism and a searing exploration of its human costs. Through the eyes of Filkins, a foreign correspondent for the New York Times, we witness the rise of the Taliban in the 1990s, the aftermath of the attack on New York on September 11th, and the American wars in Afghanistan and Iraq. Filkins is the only American journalist to have reported on all these events, and his experiences are conveyed in a riveting narrative filled with unforgettable characters and astonishing scenes. Brilliant and fearless, The Forever War is not just about America's wars after 9/11, but about the nature of war itself. 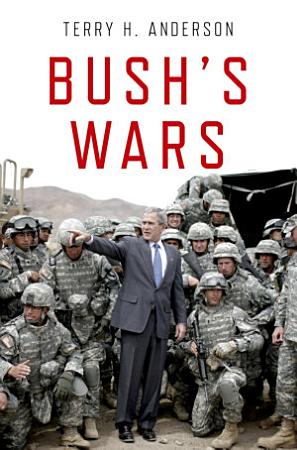 
Carefully researched and briskly narrated, Bush's Wars is a single-volume, balanced history of of Operation Iraqi Freedom and its long aftermath. 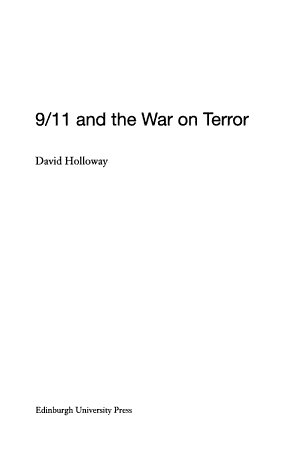 
This interdisciplinary study of how 9/11 and the 'war on terror' were represented during the Bush era, shows how culture often functioned as a vital resource, for citizens attempting to make sense of momentous historical events that frequently seemed beyond their influence or control.Illustrated throughout, the book discusses representation of 9/11 and the war on terror in Hollywood film, the 9/11 novel, mass media, visual art and photography, political discourse, and revisionist historical accounts of American 'empire, ' between the September 11 attacks and the Congressional midterm elections in 2006. As well as prompting an international security crisis, and a crisis in international governance and law, David Holloway suggests the culture of the time also points to a 'crisis' unfolding in the institutions and processes of republican democracy in the United States. His book offers a cultural and ideological history of the period. 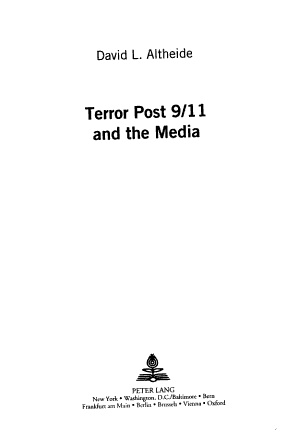 
Throughout the world, the mass media are responsible for shaping the form and content of experiences. In this book, David L. Altheide examines how the mass media, including news and popular culture, have cast terrorism, propaganda and social control post 9/11. Altheide shows how fear works with terrorism to alter discourse, social meanings, and our sense of being in the world. Emphasis is placed on the different institutional interventions and how these particular stories become framed and inform the wider media narratives of terror. The author argues that post 9/11 we are witnessing the emergence of new communication formats that not only constitute counter-narratives, but also shape future communicative experience. The text is suitable for scholars and students interested in the ongoing relationship between the media and terror post 9/11. 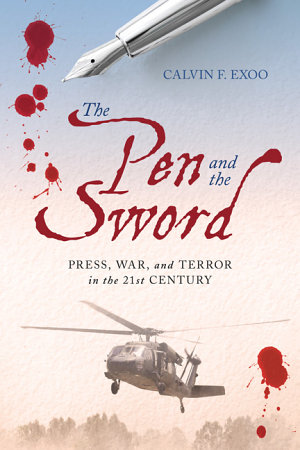 
'Challenges students to reexamine their beliefs about the news media, helping them to become more critical citizens. In doing this, the text engages students' attention in crucial developments in the media, in politics, and in the intersection of the two' - Paul R. Brewer, University of Wisconsin-Milwaukee Recent content analysis shows that terrorism and international conflict--the wars in Afghanistan and Iraq--have been the number one story of American news since 9/11. The Pen and the Sword is the first comprehensive review of how the news media have covered--and are covering--these momentous events. This coverage is used throughout the book to introduce and to illustrate a critical perspective on the mass media, examining contemporary issues of media economics, politics, and public opinion.